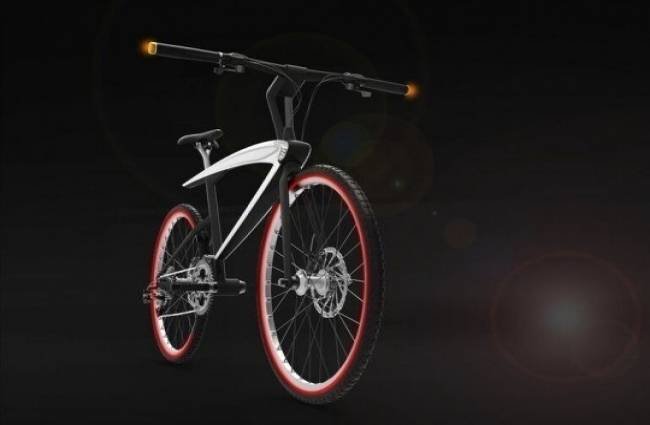 The Le Super Bike is a smart bicycle that is fitted with fitness trackers, laser beams and a smartphone attached to the handle bars.

Yes, you read that right, laser beams are shooting out of this bicycle, but it’s not to take down enemies. The bike has lasers on both sides that show parallel lines on the road, so you know how close things are to you.

The lasers turn on when the front and rear lights are turned on, and that happens automatically. There’s an ambient light sensor on board that will switch on the lights when it gets dark. Pretty cool for a bicycle. But, that’s not it.

Manufactured by LeEco, which was known as LeTV, the Le Super Bike is made from carbon fiber. You also get an option of having a titanium frame, if you like. It has a 4-inch smartphone on the handlebar that runs Android. There’s a UI running on top of Android called BikeOS. The system is powered by a 1.3GHz processor and has 4GB of RAM.

The display can be used to see details such as speed, fitness data and more. You can also use the display as a Navigation device or a music player. It has a loudspeaker too, so you can even make phone calls while on the road. There’s even a fingerprint sensor to unlock the device and the bike as a whole. Yes, the wheels are locked automatically until you unlock the bike.

The company has included fitness sensors underneath the hand grips, and there are buttons for controlling music volume, modes and the indicator lights. All this is powered by a battery pack that can be charged via a battery pack or by riding the cycle. There’s a sensor by the rear wheel that tracks the rotation of the pedals.

On the frame, that runs from the handlebar to the seat, there are three buttons that control lights, powers on the bike and one for a camera. There’s an optional camera available that can be mounted on the bike to record your shenanigans.

The Le Super Bike is currently being sold in China and will soon hit the U.S shores later this year. The pricing for the standard model is around $800 in China, but it could be more in the United States.