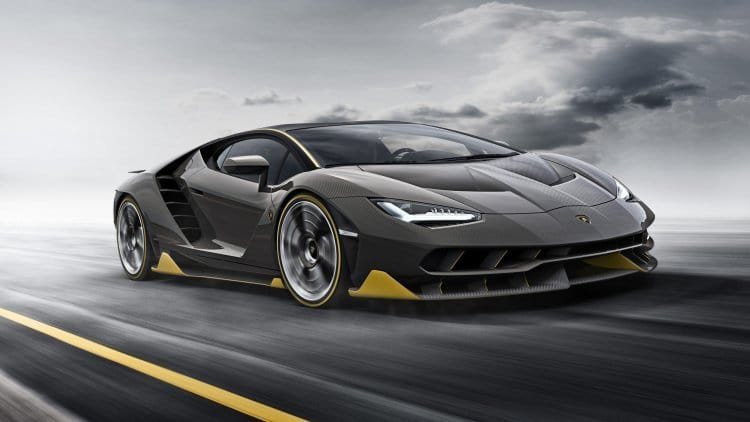 Update – 25 March, 2016 – A new video from Lamborghini having a first look of the Lamborghini Centenario luxurious interiors has been uploaded on YouTube. The sports seats in lightweight carbon fiber, with new stitching that features on the length of the dashboard, steering wheel, sunvisors, rocker covers, and the new inner door panels made of carbon fiber and Alcantara. See video below:

The limited edition Lamborghini Centenario, made in honor of Ferruccio Lamborghini’s 100th birthday, was unveiled at the 2016 Geneva Motor Show.

Basically an Aventador under all the new bodywork, the Centenario is a new limited edition supercar that has some impressive performance figures. Reports of such a car were already around in December last year, but not it’s been made official. Performance figures, design and pricing have been revealed.

The car has a carbon monocoque, is entirely built from carbon fiber and comes with a naturally aspirated V12 engine that produces 770 horsepower. This is Lamborghini’s most powerful engine to date. The entire car, without fuel, weighs about 1,520 kg. That’s a power to weight ratio of 1.97 kg/hp.

All that power when sent to the ground, will shoot the Centenario from 0 – 62 mph in 2.8 seconds. A top speed of 217 mph can be achieved.

The engine is mated to a unique Independent Shifting Rod transmission and powers all four wheels. The car also features rear wheel steering for improved stability and handling. The design is all new and more aggressive than before. There are more vents, ducts, intakes, diffusers than any car before, except the Veneno of course. 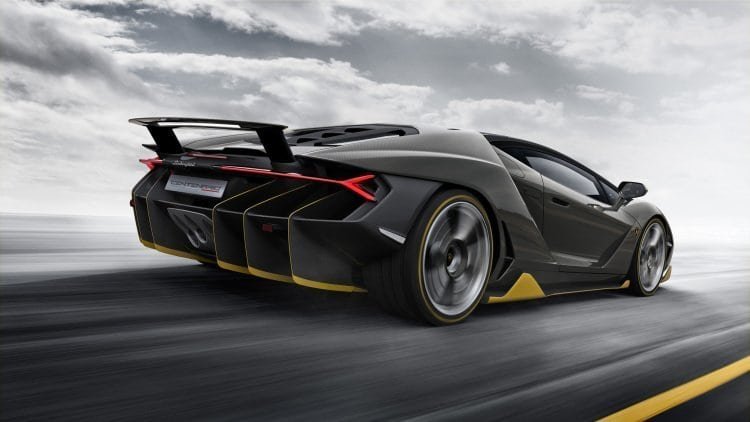 Inside the car, there is carbon fiber everywhere. It has a 10.1 inch touchscreen that includes navigation and Apple’s CarPlay. The display also shows vital information regarding the car, including G-forces, speeds, lap times, etc.

Although the car is based on the Aventador, it is longer and sits lower. There’s still room under the bonnet for a small briefcase or a helmet. Unfortunately, you will not be able to buy the Lamborghini Centenario. Yup, you heard that right.

Lamborghini will only be making 40 cars, 20 of them will be coupes and the other 20 will be roadsters. The company has already sold all the 40 cars to customers for a price of $1.9 million, before taxes of course. Those who purchased the Lamborghini Centenario can also include their personal touch to the car in terms of paint, carbon fiber stitching and more.