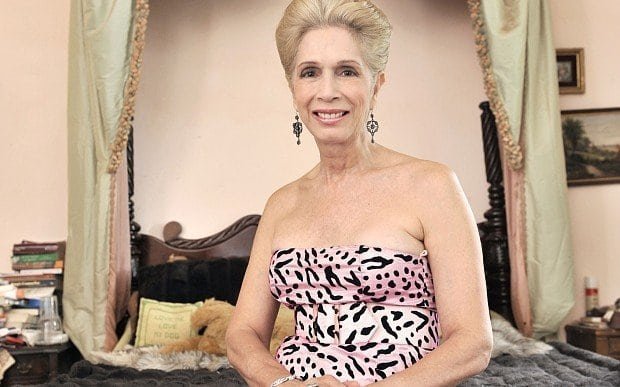 Lady Colin Campbell Net Worth: 5 Interesting Facts You Should Know

On November 9th, Lady Colin Campbell confirmed that she is in the 15th series of ‘I’m A Celebrity…Get Me Out of Here,’ and she entered the jungle on the first day. Since then, people have been curious about her. They should be, because she is a fascinating person.

To give a brief overview, she was born George William Ziade in Jamaica to a prominent mercantile family. She worked as a model, and then turned to writing, becoming famous for her books about Princess Diana and the Queen Mother. That’s kind of a dry run-down that doesn’t really do her justice. Here are 5 facts that anyone should know about this 6-foot-tall lady.

1. Lady Colin Campbell was raised as a boy

Probably the most often cited and most confused fact about her is her sex. Lady Colin Campbell was born with a fused labia and a deformed clitoris. Consequently, she was reared as a boy. She was given hormones and a masculine name.

However, she knew she was a she, and started dressing as a woman in her teens. She became a model, and a really pretty one at that. When she was 21, her grandmother found out about her medical issue and gave her $5,000 to have corrective surgery. She claims that she was incredibly happy, and she got a new birth certificate issued with the name Georgia Ariana.

2. She married the son of Duke and became a Lady

She got the title of Lady by marrying a younger son of the Duke of Argyl, whose title was Lord Colin Ivar Campbell. These 2 tied the knot after a whirlwind courtship of 5 days. This relationship did not do well. They were divorced after 9 months, with her accusing him of spreading stories about her having a sex change operation.

3. Campbell is a regular best-selling author

By this time, she had started writing to earn her bread. She wrote ‘Lady Colin Campbell’s Guide to Being a Modern Lady’ in 1986, and has been a regular on the best-seller list since. Her autobiography, ‘Daughter of Narcissus: A Family’s Struggle to Survive Their Mother’s Narcissistic Personality Disorder’ was well received, for instance.

Most interestingly, she wrote a book called ‘Empress Bianca,’ about a widow who offs 2 of her 4 husbands. A wealthy widow by the name of Lily Safra took exception to this book. She thought the main character was based on her. She had it quietly removed from bookshelves in England.

4. Her Cousin was buried alive

The latest news about our ladyship is that she refuses to do anything ‘coffin-like’ on the show, and therefore won’t participate in the Bushtucker Trial in the Panic Pit. She claims that she had a cousin who was murdered by being buried alive.

4. Lady Colin Campbell’s net worth is in millions

On November 12th, Lady Colin Campbell revealed that she had bought the crumbling 18th-century castle of the Somersets. She got it for the bargain price of 700,000 pounds because it only had one working bathroom and thieves stole the lead roofing. She hopes that winning the prize money from ‘I’m A Celebrity’ will pay for the roof, which will cost 2 million pounds to replace.

Despite no exact estimates of Lady Colin Campbell’s net worth, one can easily guess that she should be making money in millions, most of which comes from her book sales, modeling and television career.

As you may gather from the news item about her castle, Lady Colin Campbell has money to spare, but not the type of money that repairs decrepit old castles.

We have updated news about Lady Colin Campbell Net Worth and Lady C’s Family and Castle.