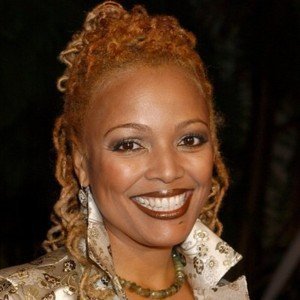 Kim Fields and Kenya Moore At it Again!

In the most recent episode of “Real Housewives of Atalanta”, Kim Fields, and Kenya Moore are in another verbal brawl again! This time over a commercial. The fight had erupted during a relaxing trip among the Atlanta Belles, in Jamaica.

Peter Thomas Attempts to Save the Night

Peter Thomas pulled the two girls aside at the commercial recording and tried to try to get the girls to talk out their feelings and make up. However, Kenya Moore would not budge. She said “I already discussed it. I actually would rather take a spoon off the table and gouge my eyes out one at a time than talk about this another minute,” Moore said.” As quoted from radaronline.com. Fields tried to chime in explaining that she had apologized when she had realized she upset Moore. Moore called her out to be a phony and said that Fields never apologized. Kim Fields and her boyfriend, at this point, got up and walked out.

Also in recent news, Kim Fields held a brunch for the girls. The only rule was that no one was supposed to wear makeup. Kim Fields was a bit shocked, but not insulted when her friends made such a huge stink about the event. She even gave the girls gifts. These included trinkets, compact mirrors, and more. One gift was a journal so that the girls could write out their feelings, poems, and more.

In a recent interview, Bravo asked the star if she was appalled by her friends wearing makeup and not participating in her make up less brunch. She said ” “First of all, I was happy they all showed up. When you do something different, you really don’t know what to expect. Second, “beatless” was a theme, not a mandatory requirement. It’s not like I said, “No make up, no waffles.” LOL! When you’re hosting a get-together, the only things that run through your mind are ensuring your guests have a good time.” As quoted from realitytea.com.

Kim fields was born in New York City. She attended high school in Burbank, California. Later in her life, she graduated from Pepperdine University, while taking a short rest from her acting career. Her first debut was in the late 70’s show “Baby I’m Back”. In 1979 she landed the role as Tootie on the Tv Show “the Facts of Life”, the show lasted until 1988. Then on the TV Show “Different Strokes” she appeared as Tootie during a guest role. She joined the hit reality series “Real Housewives of Atlanta”, in 2015 with Nene Leakes and Amiya Scott. Kim Fields has a net worth of $8 million.