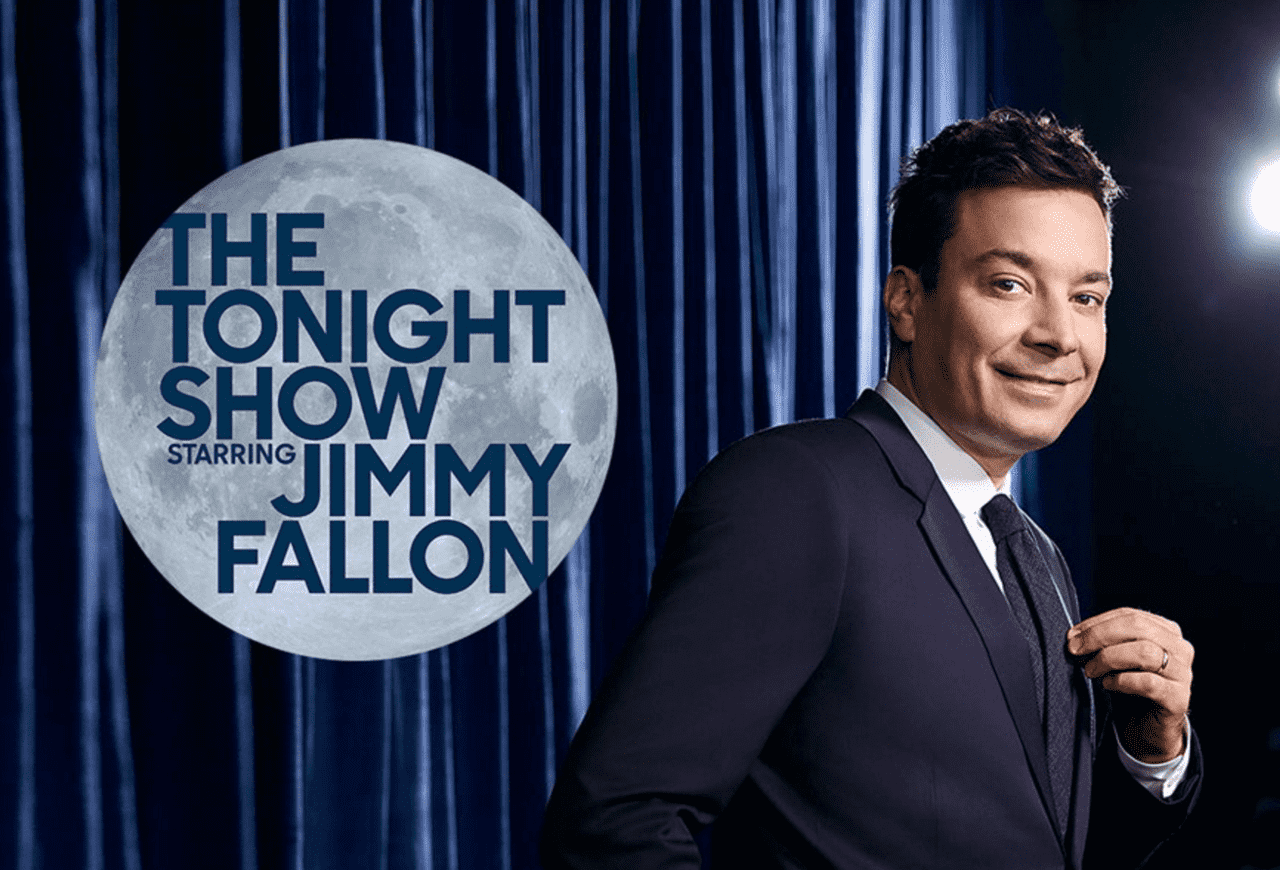 Jimmy Fallon Net Worth: 5+ Facts About the Tonight Show Host

Jimmy Fallon is a stand-up comedian, an artist, a talk show host and also an actor. Since a child, he was very interested in comedy and watched Saturday Night Live with interest. His parents taped the good parts for him and he, along with his sister, performed sketches once every week.

He’s also an impersonator and can impersonate a lot of celebrities and artists. He’s also excellent at playing the guitar and has recorded/released several spoof songs. He’s married to Nancy Juvonen and currently have two kids, both girls.

He was featured on Time Magazine and chosen as one of the 50 Most Eligible Bachelors and also 50 Most Beautiful People in the World by People’s Magazine. In 2013, his parody music album, Blow Your Pants Off, won the Grammy for Best Comedy Album.

Jimmy Fallon has a Drinking Problem?

According to several reports, the 41-year-old Tonight Show host could be having a drinking problem. He has been very prone to accidents in recent times and has been injured over three times in the last five months.

Although these accidents could just be accidents, reporters say that there’s more to it. Rumors were flying around saying that executives at NBC were worried about Jimmy Fallon having a drinking problem. However, NBC dismissed the rumors.

He had an accident where he almost tore his ring finger off and was in the ICU for ten days. The Tonight Show was off the air for two weeks during this. There have been two more incidents where he chipped his tooth and cut his hand while holding a beer bottle.

NBC CEO Bob Greenblatt did admit that they’re indeed worried about Fallon’s health and safety. He likes to go out, have fun and is in the best shape. He’s been spotted at bars and clubs with drinks but likes to pose and chat with fans.

Maybe NBC is trying to cover something up? Do you think Jimmy Fallon has a drinking problem? How will this affect his career, if it’s true?

Soon after completing high school, James Fallon started performing stand-up comedy at Bananas, a club inPoughkeepsie, New York. His mother encouraged him in to doing stand-up, and he went on to settle down in Los Angeles.

While in L.A., he teamed up with The Groundlings improv group and worked on his comedy acts. He has also performed stand-up at House of Blues in Boston.

In 1998, Jimmy Fallon was invited to audition for Saturday Night Live. He joined the team for the 1998-1999 season and was later cast as a permanent member till he retired in 2004.

After 2004, he starred in several movies such as ‘Fever Pitch, ‘Factory Girl, and ‘Whip It.’ He acted in a few more movies, like Taxi, and then moved on to the world of late night comedy. 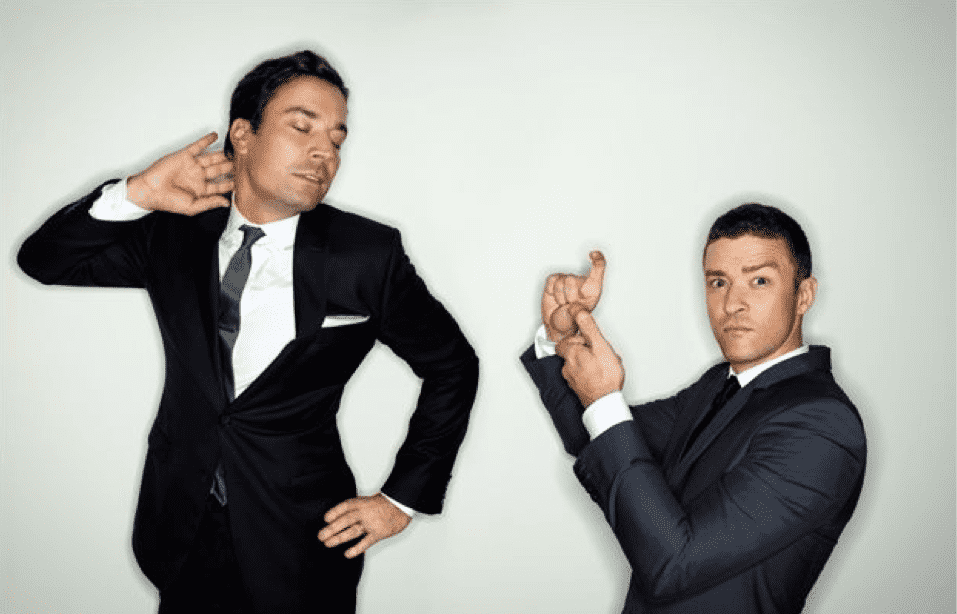 He did return to SNL as a host, most notably with co-host Justin Timberlake. During the 40th anniversary special of SNL, he and Justin Timberlake managed to get the shows highest ratings ever.

Jimmy Fallon did not have much success as a movie star and returned to Television in 2009 with The Late Night Show. Although the show wasn’t an instant success, it garnered a lot of attention in its first few months.

The Late Night Show was different to other shows, and Fallon used his impersonation and music skills to make the show more entertaining and funny. He also included games, which made the shows much more fun to watch. The show has won several awards and was nominated for a lot more. Jimmy won a few awards as the Late Night Show host.

He stepped down as the host of the Late Night Show in 2014.

On February 17, 2014, Jimmy Fallon took over the Tonight Show from Jay Leno. Jimmy is the only host who didn’t have to go through as a Guest host before becoming a permanent host. 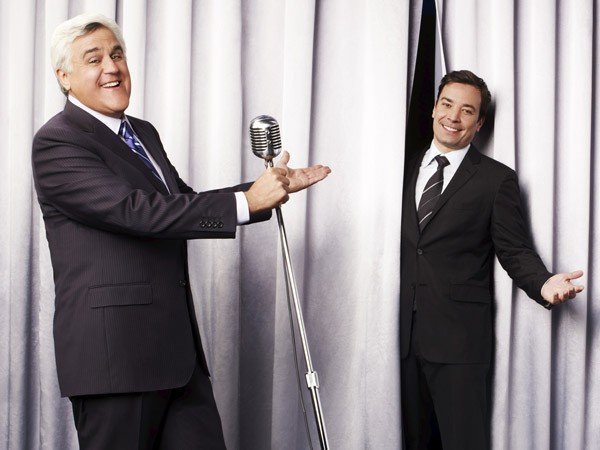 His first episode as the host of The Tonight Show was viewed by over 11 million viewers.

Jimmy and his family recently purchased and moved into a farmhouse in Sagaponack, New York. 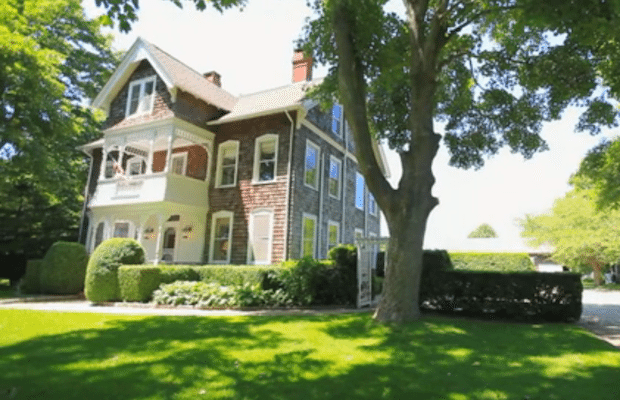 The 3,500 sq ft house cost him $5.7 million and is surrounded by 2.2 acres of land. It has six bedrooms, five bathrooms, two guest cottages, two barns, a heated pool, and a lot of other beautiful things. He also owns a two-bedroom, $1.35 million, apartment in Manhattan.

As of now, Jimmy Fallon is worth $25 million. And by the looks of his performance on the Tonight show, Jimmy Fallon’s net worth will keep increasing for years to come.