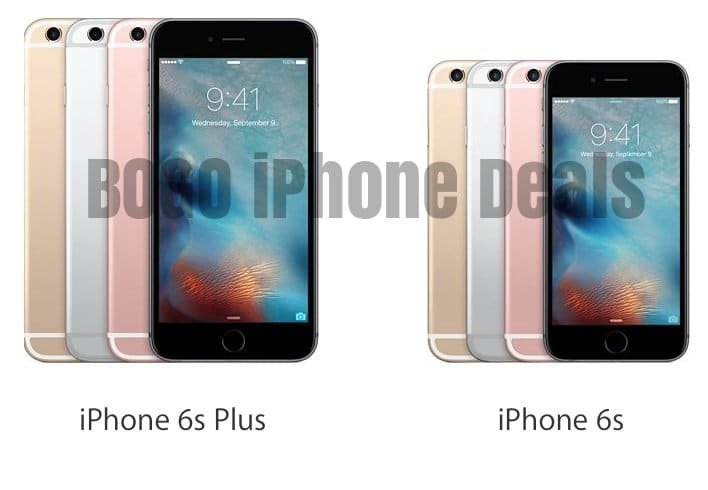 When it comes to buying the “latest iPhone,” rather than risking over-paying, take a broad-sweeping look at what the market offers and you will see how the popular brands and models come out with great new iPhone deals.

Sprint and AT&T have recently launched competing deals; “buy one get one free” offers for the 4.7-inch iPhone 6s and 5.5-inch 6s Plus.

You might want to take advantage of this, if you’re looking to get a new iPhone and maybe another for a family member, friend or business associate.

Just buy one and you’ll get the other one “free.”

Sprint has announced that customers who buy iPhone 6s or iPhone 6s Plus from the carrier, will get another free. The “FREE” part technically involves paying for both the phones upgront and one phone upfront and then getting the second one in the form of monthly offset credit.

Customers can purchase their new phones with monthly instalments over 24 months OR lease them with 18 monthly lease payments. They can even mix it up by leasing one and purchasing the other one. Either option will get a monthly offset credit for the second, lower-cost device. Best of all, this offer works with two iPhone 6s, iPhone 6s Plus or one of each.

The BOGO (buy one get one free) iPhone deals are meant specifically for customers who add at least one new line of service and are eligible for an upgrade.

This means that you will eventually get your money back from Sprint, but not immediately.

Customers who buy in this deal will get a waiver of $30 activation fee for the free device.

Meanwhile, AT&T has its own iPhone deals. The carrier’s latest “buy one get one free” deal for the iPhone 6s and iPhone 6s Plus will get customers four lines with unlimited data for $180/month.

Both Sprint and AT&T offer customers as much as $650 per line to take care of switching costs.

The carrier said customers will need to first pay for both devices using AT&Ts Next instalment plans.

The second device will have to be a brand new device on AT&T Next 24-month or 30-month instalment plan. Both the devices will need to be added to either an Unlimited Plan or Mobile Share Value plan. Three months after all this, you will start receiving a credit of “up to $695 [will be] spread out over 30 monthly bill cycles.”

AT&T is not only offering iPhone deals on the iPhone 6s and iPhone 6s Plus, but deals related to other popular smartphones: Samsung galaxy S7 and S7 Edge; Galaxy S6, S6 Edge and S6 Edge+; Galaxy Note 5; Microsoft Lumia 950; Kyocera DuraForce; HTC One A9; LG G5 and V10.

Keep in mind with both Sprint & AT&T iPhone deals; you’re not just walking into a store, paying upfront for one iPhone, and walking out with two iPhones. As you’ve seen, it’s more complicated than that.

Check out the Sprint iPhone deals on Sprint website