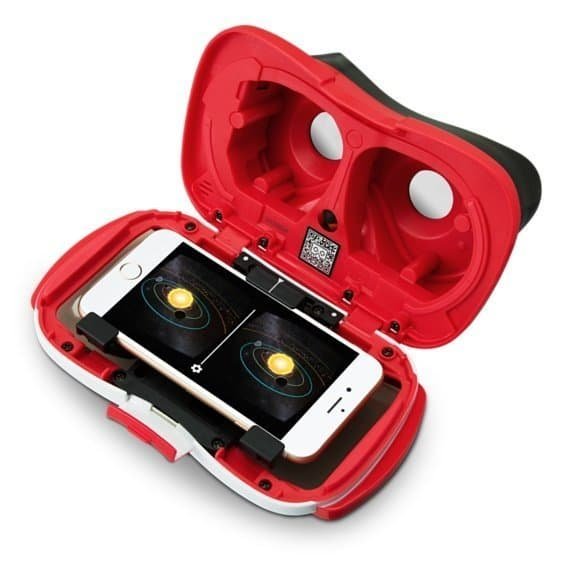 Apple has started to sell an iPhone compatible VR headset, the Mattel View Master, on Apple Store for $30.

The Mattel View Master Virtual Reality starter pack is a headset that’s based on Google Cardboard and uses the iPhone as a display. It is made out of plastic, has two lenses and is compatible with the iPhone. There’s an adapter so you can fit the smaller iPhone 5, 5c and 5s. The larger iPhone 6 and 6s Plus will also fit in the headset.

The headset comes with an app, available on the App Store, that gives you some VR content. There’s also a preview reel included in the box, that can be attached to the headset and used along with the app to view 3D 360 degree content. You can buy full versions of demos that are included in the app.

If you’re an iPhone user and want to experience VR for cheap, then this is the way to go. Don’t expect to see the 3D world in HD though, as the iPhone’s resolution is not enough to provide a good experience. Quad HD displays have trouble showing clear content in VR, imagine the quality on the iPhone 6 and 6s Plus full HD display.

It was recently reported that Apple might be getting in to the VR game and this could be the first hint. The company has never sold anything VR related on their online Store. So, when this VR headset for iPhone showed up, it made people curious. A report suggests that Apple is already working on prototype VR headsets and could enter the market soon.

In 2013, Apple had filed for a patent that describes a VR headset. According to the report, there’s a secret team of experts who’re working on VR. The team consists of members poached from Lytro, Microsoft and other companies. The team might be working on both virtual and augmented reality.

You can buy the iPhone compatible VR headset from the Apple Store right now. The Mattel View Master Starter pack will cost you $29.90 and will let you experience VR for cheap.