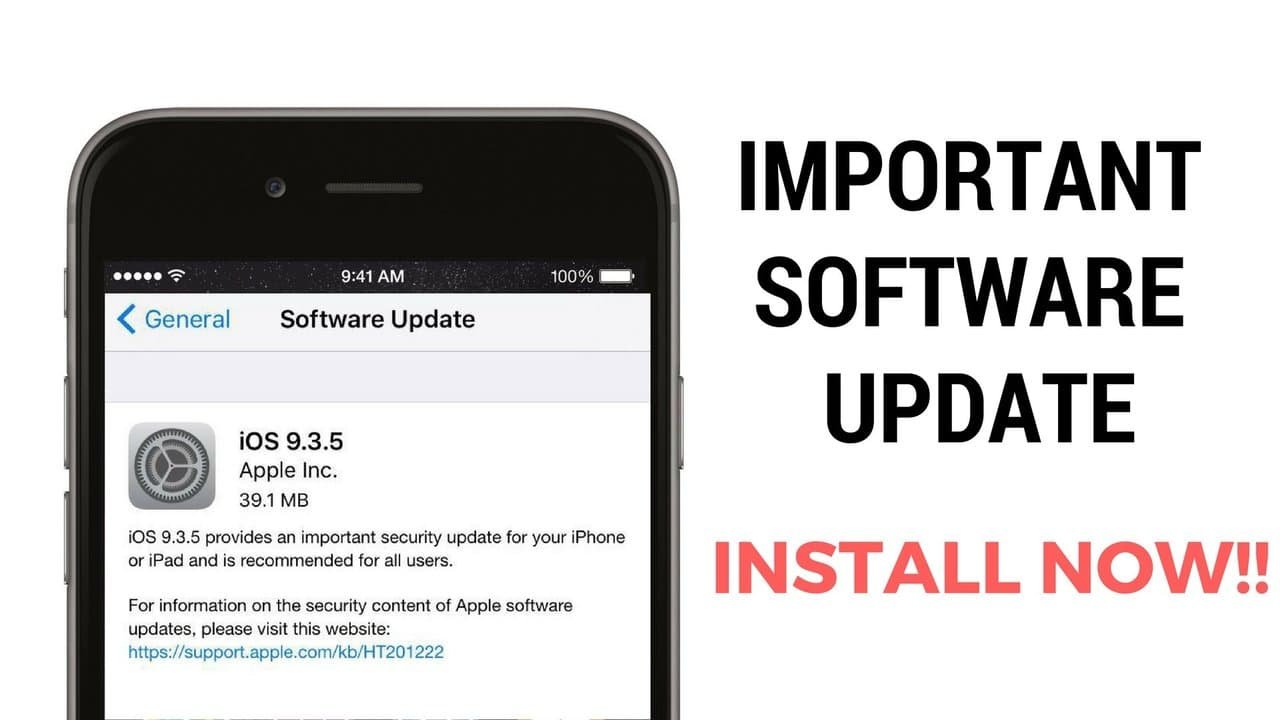 iOS 9.3.5 is an Important Security Update That You Must Install

Apple has released a new software update for the iPhone, iPad, and iPod Touch. The iOS 9.3.5 update contains a very important security fix.

The new update comes only three weeks after the last iOS 9.3.4 update and is a minor update. It only weighs around 40 MB in size, but Apple highly recommends that you install it.

It is currently available as an OTA update for anyone who’s on iOS 9.3.4. If you want to keep your jailbreak, then you probably should update. You should, however, read why this update is important.

The last iOS 9.3.4 update fixed the Pangu jailbreak, and this new update fixes more dangerous exploits. These exploits could have been used to remotely jailbreak an iPhone and spread malicious tools. The hacker could track your device, launch the camera, access microphone, read messages and a lot more.

Apple was informed of these flaws about 10 days ago by Bill Marczak and John Scott Railton, security researchers from CitizenLab. They discovered the exploits after being alerted of malicious text messages received by a human rights defender.

Ahmed Mansoor, a well known human rights activist who has won the Martin Ennals Award, received malicious messages from NSO Group. This group is an Israeli based company that makes a spyware product called Pegasus. The group is apparently funded by a VC Firm from America. They provide tools that allow governments to track targeted individuals by tapping into their phones.

Basically, this is a high level iPhone jailbreak that can be performed remotely from anywhere in the world. If the user clicks on the scam link, their iPhone would be instantly hijacked.

According to the security research company, this is the first time that they’ve seen an iPhone jailbreak being used in this way.

Apple has detailed all the three exploits, two kernel level and one web based, in the release notes.

Therefore, if you’re not interested in jailbreaking, then you should perhaps install this security update right away.