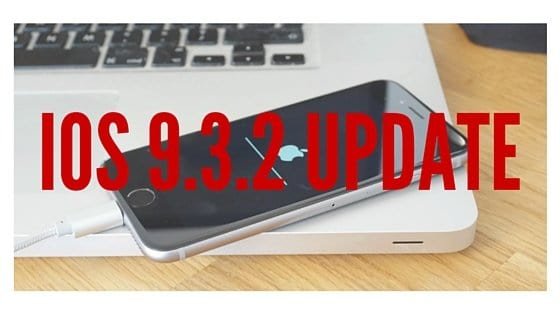 Apple seeded 4 betas of iOS 9.3.2 to developers and members of the public beta program, before releasing the final version today. The first beta was released on April 6, more than a month ago.

iOS 9.3.2 is only a minor update as it doesn’t include any significant new features. It’s mostly an update that fixes bugs and issues found in iOS 9.3.1 and earlier.

It does, however, include one useful feature that wasn’t available before.

In the latest iOS update, users can enable Night Shift mode and Low Power mode at the same time. Apart from that new feature, the update mainly fixes bugs, and one important one that has plagued iPhone SE users. 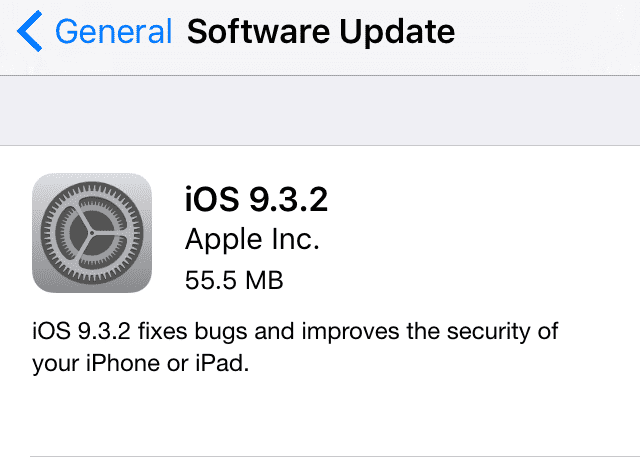 On the iPhone SE, Bluetooth enable headphones didn’t work very well and had issues with audio quality. That has been fixed in the latest update. Here are all the other things that the iOS 9.3.2 update fixes;

The update is available as an OTA update or an iTunes download. If you’re on iOS 9.3.1, you can simply go to Settings>General>Software Update and install the new update. The update weighs around 55.5 MB.

To those who’re waiting for a jailbreak, it is best that you stick to the firmware you’re jailbroken on. Do not update if you want your jailbreak, as there aren’t any new jailbreaks to support the latest firmware. Rumors and reports have suggested that the jailbreak teams have been waiting for Apple to release iOS 9.3.2. We’ll find out soon enough!