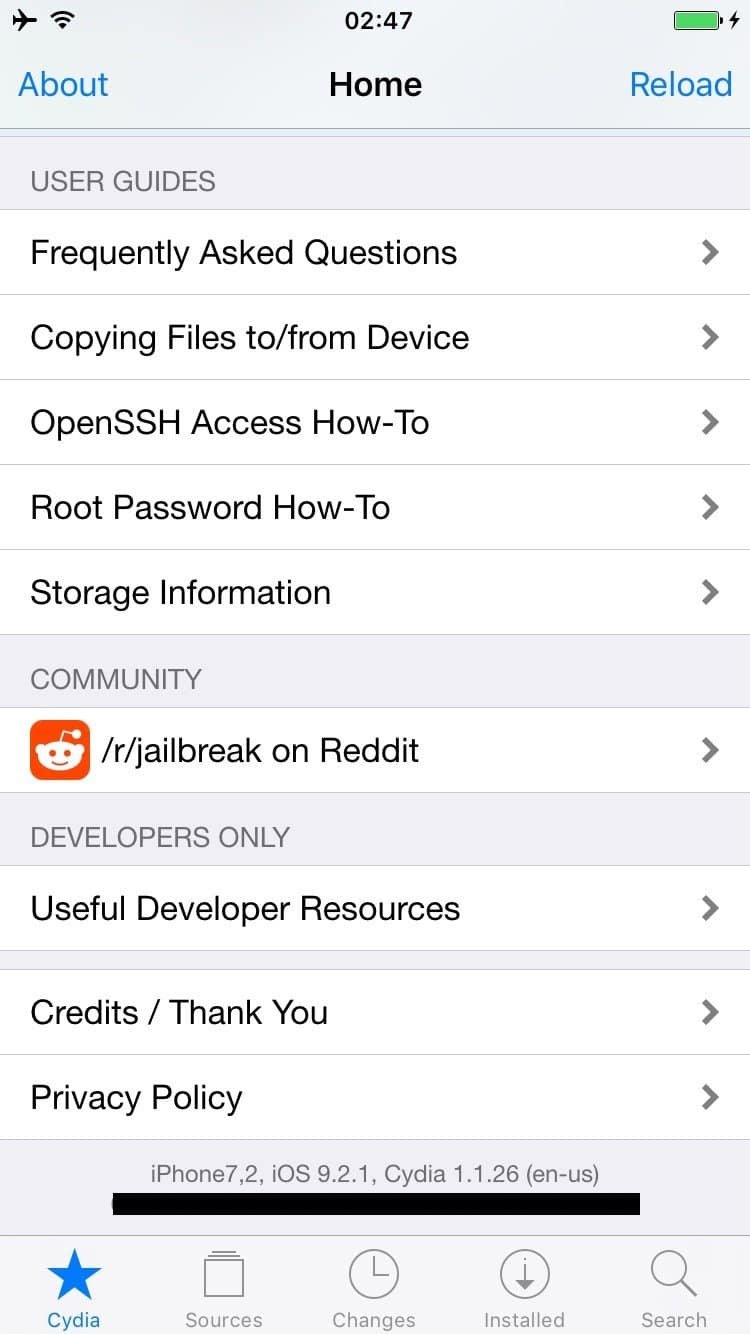 iOS hacker, Luca Todesco, has posted a picture on Twitter that shows an iOS 9.2.1 jailbreak running on his iPhone 6.

As we’re still waiting for an iOS 9.2 jailbreak, Luca Todesco has already managed to jailbreak iOS 9.2.1. Apple hasn’t released iOS 9.2.1 yet, as it is still in beta.

The second beta of iOS 9.2.1 was only released recently to developers and public beta testers. The iOS 9.2.1 release will be a minor update, which would probably include a few bug fixes found in iOS 9.2.

The hacker posted a screenshot of the latest version of Cydia running on his iPhone 6 with iOS 9.2.1 beta.

He has been known to find flaws in iOS before, and Apple has even acknowledged him for finding an exploit in iOS 9.2

There’s no word on how he managed to attain the jailbreak on iOS 9.2.1, but it is for sure a kernel exploit. Below is the screenshot that he posted;

Unfortunately, the jailbreak will probably never be released, at least not by Luca Todesco. In the tweet that he posted, he wrote ‘No releases.’

Nevertheless, other teams such as TaiG or PanGu may release an iOS 9.2.1 jailbreak if they find the same exploit. Or, the hacker could also give away the details of the jailbreak to TaiG or Pangu so they can release a public jailbreak.

The iOS 9.2.1 jailbreak, if it’s going to be released, will be out once Apple releases the public version of iOS 9.2.1.