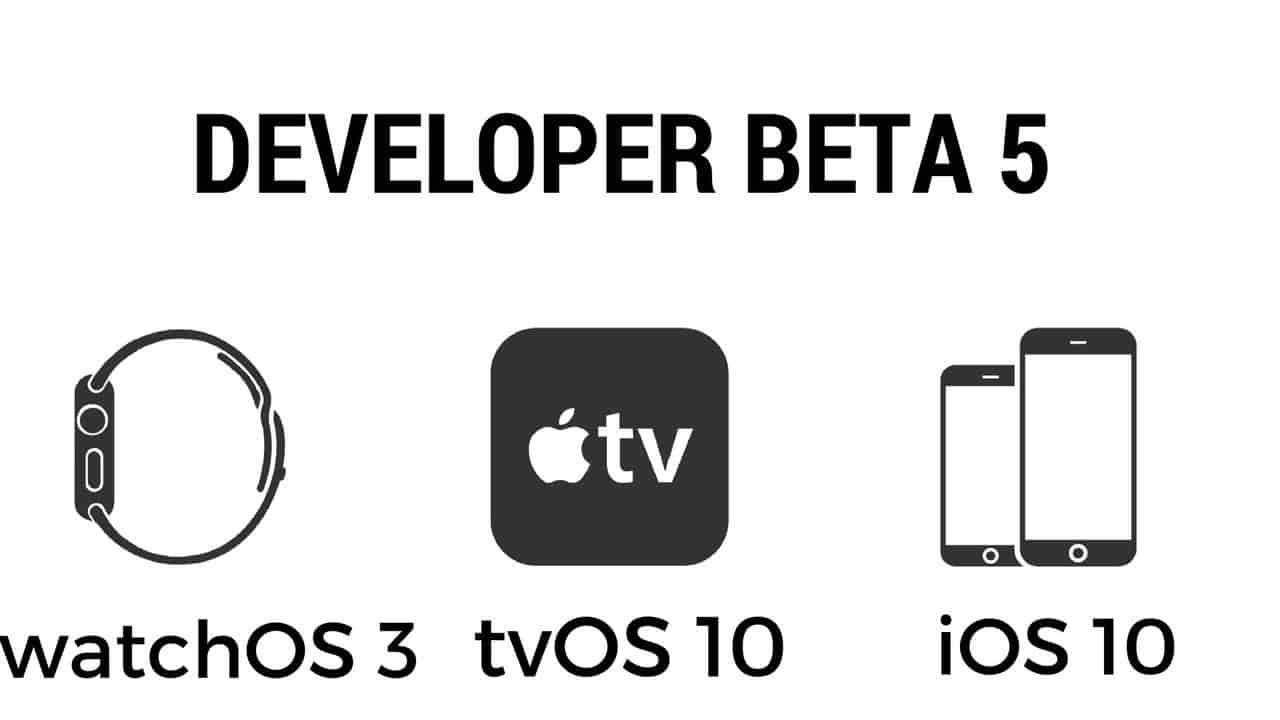 Apple has released the latest iOS 10 beta 5, watchOS 3 beta 5, tvOS 10 beta 5, and the macOS Sierra beta 5 for registered developers. If you’re running the previous beta, you can go ahead and install the latest update.

The new betas come only a week after the release of beta 4, which probably means that they’re getting ready for the final release. Apple is said to release the latest iOS 10, tvOS 10, watchOS 3 and macOS Sierra updates during the iPhone 7 event in September.

Beta 4 of iOS 10, tvOS 10, watchOS 3, and macOS Sierra, didn’t really bring a lot of changes or improvements. However, the latest iOS 10 beta 5 gets quite a few improvements and bug fixes.

The updates are available as OTA downloads for iPhone, iPod Touch, iPad, and the Apple Watch. On the Mac and Apple TV, you can download the update using Software Update.

As this is a beta, the changes are only minimal, but you’ll still notice them. For example, in the latest iOS 10 beta 5, the Screen Lock sound has been changed again. It now resembles a door closing.

Icons for the Music Output options in the Control Center has been changed. The Home option in Settings has been removed from the iPhone and is only available in the iPad. Finally, the Widgets screen now shows the date on all iOS devices.

If you’re a registered developer or have the iOS 10 Beta Configuration profile installed, then you can try out the latest beta now.

In the latest beta for watchOS 3, there aren’t many new changes and improvements. Ever since beta 4, when installing an update, you don’t have to place the Watch on the charger. You can simply update even when the Watch is on your wrist, provided it has more than 50 percent of charge.

The new beta 5 for Apple TV 4th gen is just another update, bringing it closer to the final release. You can download the update the over the air, if you’ve got the beta profile installed on the Apple TV.

Nothing new has been noted in the latest beta, and whatever the changes, they are most likely under the hood.

You can download the latest beta 5 update via the Mac App Store. Simply navigate to Software Update and download the update.

That’s all the new betas that Apple recently released for iOS 10, watchOS 3, tvOS 10 and macOS Sierra. These could be the final beta updates, before Apple releases the final versions in September.