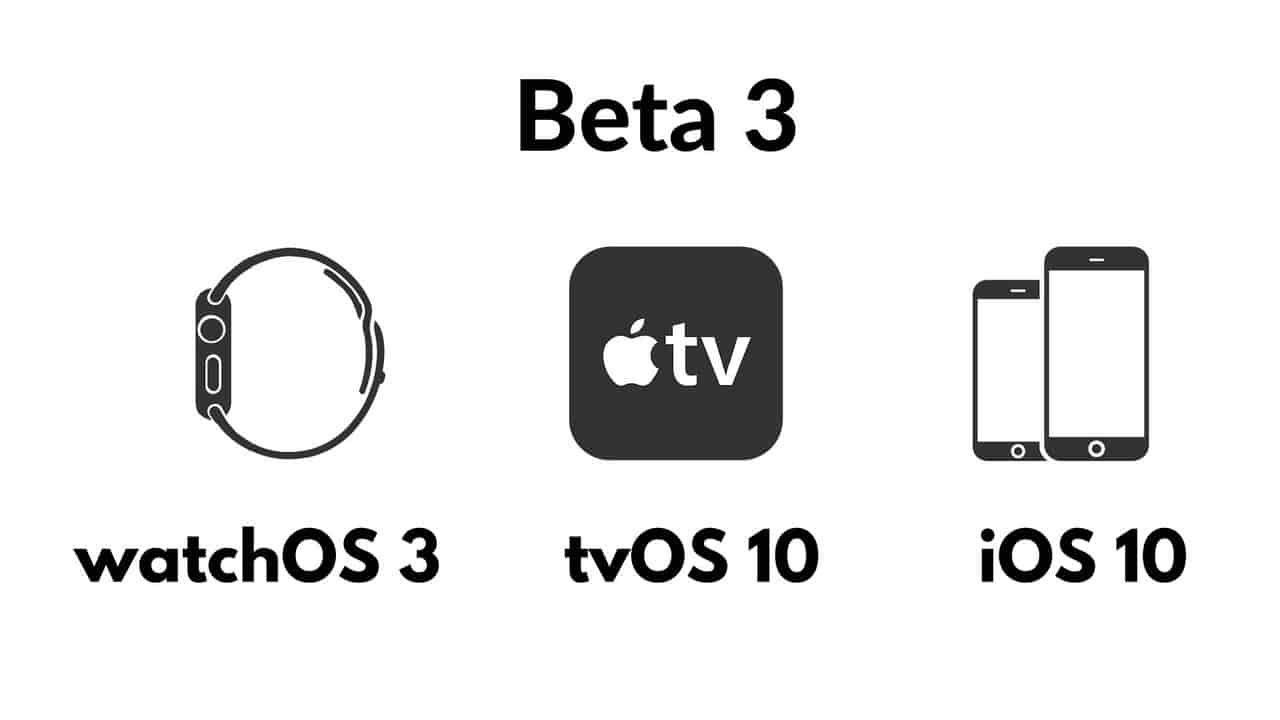 The new betas were released alongside the latest iOS 9.3.3, tvOS 9.2.1, and watchOS 2.2.2 updates. If you’re a registered Apple developer, you can try out the latest betas now.

The newest iOS 10 beta is the third beta since the announcement of iOS 10 at WWDC 2016. It includes plenty of new features, improvements, and bug fixes. Most of the bugs that were present in beta 2, have been taken care of in beta 3.

UI changes have been made to the Apple Music and HomeKit apps. There’s a new App Support option in Siri, and the ‘Rest Finger to Open’ option works properly. Apple has added a new taptic feedback for when you unlock the iPhone. Several other bugs have been squashed, including a lock-screen message bug. Overall, you get a less buggy iOS 10 beta.

Those who’re on the second iOS 10 beta, can simply launch Settings>General>Software Update to install the update.

The third beta of watchOS 3 is now available for registered developers. Those who are using beta 2 can get the latest beta using the Apple Watch app on their iPhone. Simply launch the app and head over to General>Software Update to download.

Before updating, make sure you have more than 50 percent charge on your Apple Watch and that it’s placed on the charger.

The previous update included the ability to Auto-unlock a Mac using the Watch. In the third beta, Apple has fixed several bugs, but there isn’t anything new as such. Bugs pertaining to Activity Sharing, Apple Pay, Clock, Calendar, Connectivity, Notifications, Phone, and Workout have been fixed.

This beta is also about bug fixes and general improvements. For example, Siri Sports Queries now support Norwegian, Dutch, and Swedish languages. You can download and install the update from the Software Update section of your Apple TV.

Apart from these three betas, Apple has also released the macOS Sierra 10.12 beta 3 for developers. To download and install the beta, you’ll need to get a promo code from Apple Developer portal. You can then using the code to download the beta from the Mac App Store.