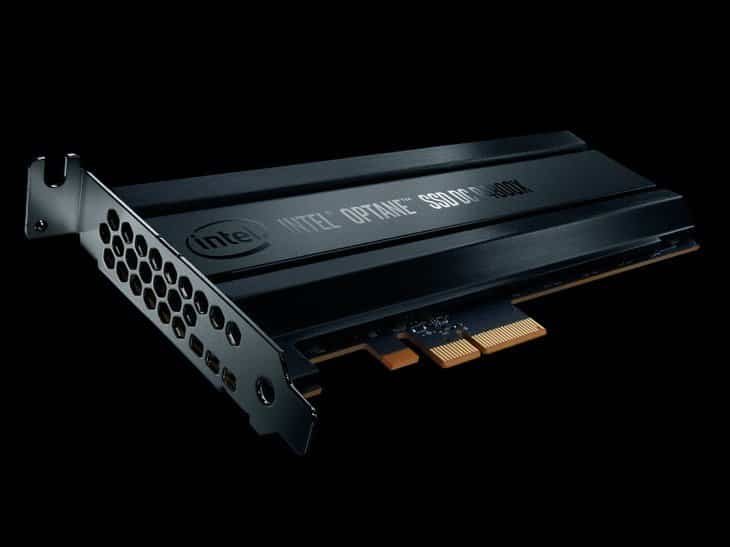 A new type of computer memory has just been unleashed by Intel and it is believed to be capable of fundamentally changing the way future computers are built. But Intel is keeping details of the product under wraps.

Intel simply calls the new type of computer memory as 3D XPoint but with the X pronounced as cross and after touting the product for about 18 months, finally Intel pushed it to the markets this week. For now, you can imagine the new technology as a building block for computers which will serve multiple purposes with a singular thing replacing several others. But this technology could also be one way for Intel to move multiple markets to its advantage. That also probably explains why Intel is so secretive about what the new product is made up of. Understandably, Intel cannot afford someone duplicating the technology that it has developed in association with Micron, the hardware maker.

A game worth watching – the new type of computer memory

When we consider the big names in the digital world like Amazon, Google, and Facebook, they all have one thing in common. They are their own hardware markets and build machines on a very large scale. While the new technology may apparently be juicy for the big brothers, it does come with a catch. One hardware supplier controlling several big names is not business prudence. Everyone wants options and that is one way to enhance efficiency through competitive pricing. This is precisely what pushes the dynamics in the global market for data center related hardware. And, Intel is now pushing to take things in exactly the opposite direction.

Biggest impact from the new type of computer memory

The biggest impact from the new type of computer memory developed by Intel may not be felt at the PC level though the scope exists in abundance. While it can impact gaming machines and PC the biggest change would come inside huge data centers run by the biggest names in the digital world. As these large empires grow at a steady pace, the need for cheaper and faster means of storing ever-growing volumes of data would be important. For several years now, these businesses have already gone beyond conventional hard drives to flash solid state drivers that are significantly faster. However, in some instances, even these fall short of optimal efficiency and therefore a new variant of database has been created to push large volumes of data into memory. 3DXPoint is being positioned as a huge help to address both the situations. Intel says that is some 1,000 times faster compared to flash and capable of storing about 10 times the data compared to DRAM.

For now, the speeds discussed above remain theoretical. In practice, Intel’s new product delivers just about 5 times the speed of flash SSDs as against the promised 1,000 times. The reason, however, is the standard interface connecting the drive with the rest of the system. Eventually, Intel will bring out products that can be plugged straight into the machine’s heart. But, this is expected to happen only sometime towards the third or fourth quarter of the current year. At that point in time, the likes of Facebook and Google can really benefit because they are the ones who will be handling mindboggling amounts of data day in and day out.

Transition to 3DXPoint won’t be a cakewalk

Even after Intel starts delivering a product or products that can be plugged in straight, at the user end, there will be plenty of work to be done before they can really get the full advantages from the product. For one, the hardware will need significant reorganization and even the OS codes as well as related software will need rejigging for accommodating changes.