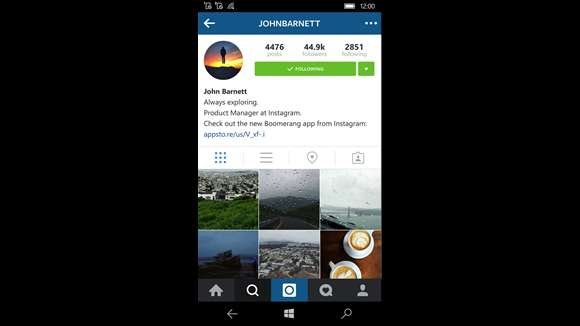 The new Windows 10 mobile app has been released in beta, which means there are plenty of bugs and everything may not work as intended. The Instagram app is currently available from the Windows Store, and several users are already complaining that it’s slow and crashes a lot.

Instagram has been available for Windows Phone 8 devices for quite some time now, but Windows 10 users had to stick to third-party alternatives such as 6tag. The new Windows 10 app is a port of the iOS app and comes with the 3D peek-and-pop feature.

However, the Instagram Windows 10 mobile app is anything from perfect. Several users have been complaining that the app crashes when they try to post a photo or video. The notifications don’t work well, video is slow, viewing the timeline is slow, double tapping to like has issues, and many more. Still, at least now, Windows 10 users can tell they have an official Instagram app.

All features that are available on Android and iOS will also be available on the Windows 10 app. It’s still not as good as other third-party alternatives, but it’s official and Facebook has promised to make the app better.

The Windows Phone 8 Instagram app is also in beta and has been throughout its life cycle. Hopefully, that won’t be the same with the Windows 10 mobile app and we should see a stable version available soon.

If you’ve got a Windows 10 Mobile smartphone, you can download the Instagram beta App for free from the Windows Store on your smartphone.