The Huawei P9 is officially official. After all the leaks and rumors, the company finally released the handset, and a P9 Plus model at a recent event.

Huawei took wraps off the P9 and a larger display P9 Plus at an event in London recently. These devices have been in the crosshair of several consumers from a long time. It’s the successor to last years Huawei P8, and the new model takes things to another level.

Google also released the Nexus 6P last year, which was manufactured by Huawei. The new P9 and P9 plus are this years flagship smartphones and will take on the likes of the Samsung Galaxy S7, LG G5 and the upcoming HTC 10.

The device looks like a combination between the Nexus 6P and the Huawei P8, but has the latest hardware and a few unique features. It features an all metal body and has curved edges for better grip. The new P9 is only 6.95mm thick, with side bezels that are only 1.7mm. Overall, the Huawei P9 looks very premium and high end, which it is.

The only difference the P9 and the P9 Plus, is the screen size. The P9 features a 5.2 inch 1080p LCD display, whereas the P9 Plus comes with a slightly larger 5.5 inch AMOLED display. Both the devices also feature the ‘Press Touch’ feature, which is similar to Apple’s 3D Touch.

Almost everything else, except the battery capacity, is the same. Here are the complete specifications for the P9 and the P9 Plus;

Now, lets talk about the Leica made dual-camera setup on the P9 and P9 Plus. Huawei says that this system will change smartphone photography. 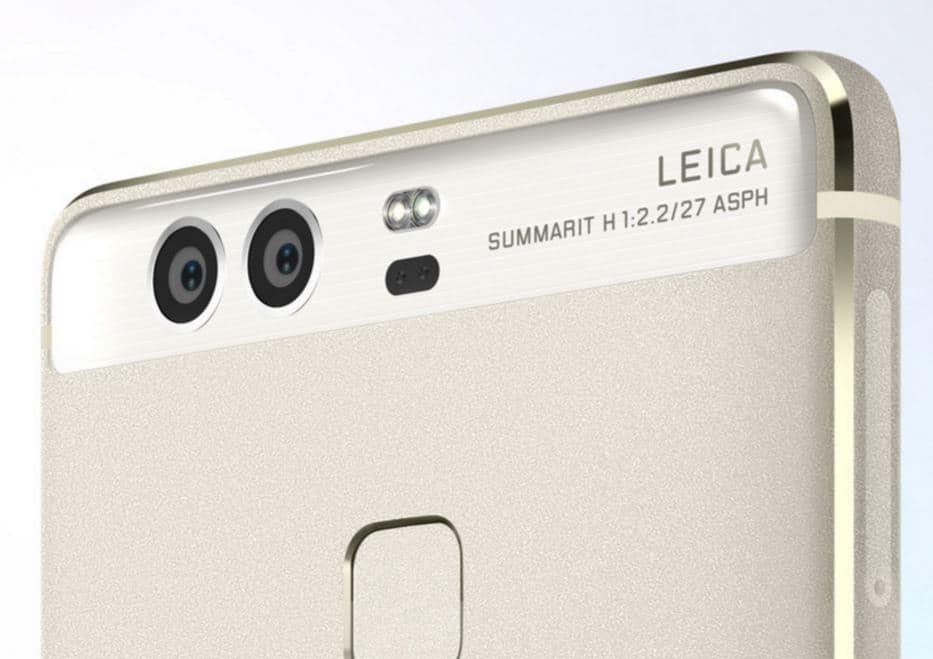 There are dual 12 megapixel cameras at the back which feature 1.25-micron pixels and an aperture of f/2.2. One of the two cameras only takes photos in monochrome, while the other takes color shots. The phone uses the monochrome sensor to capture 300 percent more light and 50 percent more contrast. This is later blended with the color picture from the other sensor to produce awesome looking images.