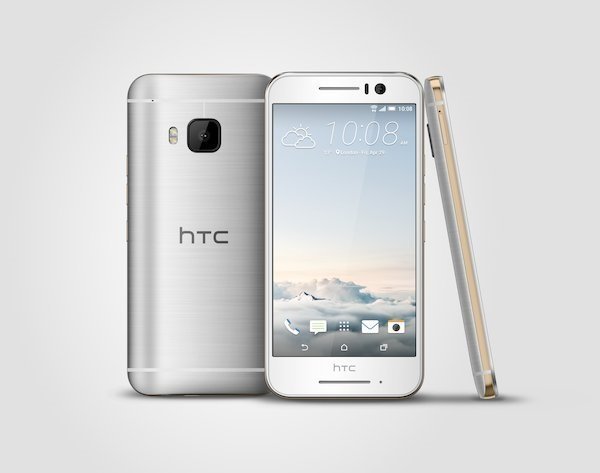 HTC has announced another new smartphone, the HTC One S9, with styling similar to last years One M9 flagship, a 5 inch display, and a MediaTek SoC.

The One S9 shows us that the One moniker is still not dead, and may be carried by other HTC smartphones. The 2016 flagship was stripped off the One name, and called only as the HTC 10.

In terms of design, the One S9 is a reminiscent of the One M9, last years flagship device. You cannot tell the difference between the two, when they’re placed on their display. In the front, however, the speaker grills are replaced with slits.

The device joins the ranks of the others such as the One A9, E9, and others. Don’t expect top-end specs on these devices though, as these are mid-range performers with a plus feature.

The newly launched One S9 is a mid-range smartphone and hasn’t seen an official launch yet. It is, however, available in Germany and showcased on HTC’s German website.

You get a 5 inch 1080p Super LCD display that was present in the One M9, protected by a layer of Gorilla Glass. The processor is a MediaTek Helio X10, an octa-core processor with 2GHz Cortex-A53 cores. There’s also 2GB of RAM to keep everything run smoothly.

There’s 16 GB of internal storage, but thankfully, there’s also a microSD expansion slots that support storage up to 2TB.

The smartphone also features proper stereo BoomSound speakers, is slightly thicker than the One M9, but features the same 2,840mAh battery. There’s no fingerprint sensor, in case you were wondering. It supports nine LTE bands, Wi-Fi a/b/g/n/ac, Bluetooth 4.1, and GPS/Beidou/GLONASS. It’ll come with Android 6.0.1 Marshmallow out of the box with the usual HTC Sense UI.