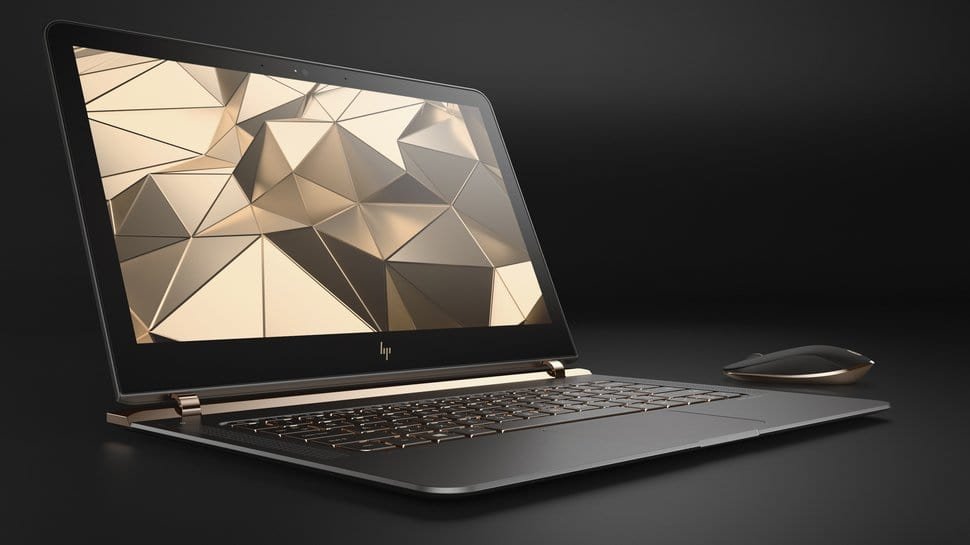 HP has announced a brand new laptop, the HP Spectre 13.3, which the company claims is the world’s thinnest laptop, even thinner than the 12inch MacBook.

The Spectre 13.3, a cool name by the way, is only 10.4mm thick, whereas the 12 inch MacBook is 13.1mm thick. Such a thin body doesn’t mean that the laptop is just a gimmick. It has all the required components to make it a powerful ultrabook.

It was unveiled at the New York Times International Luxury Conference that took place in Versailles. HP has used premium materials such as CNC-machined aluminum, carbon fiber, Gorilla Glass and even diamond and 18K gold coating on the laptop.

The chassis on the laptop is made using aluminum and carbon-fiber, which is what makes this laptop super light as well. HP has designed a new type of hinge; that’s hidden when the laptop is closed and gives the laptop a hinge-less look.

HP crammed a lot of good hardware on the inside as well. Instead of Intel M processors, you get powerful Intel i5 or i7 Skylake processors. The display is a 13.3-inch edge-to-edge IPS unit with a 1080p resolution. The keyboard is a full sized backlit setup with the keys having a travel of 1.3mm. The whole thing weighs only 2.45lbs or 1.1kgs. 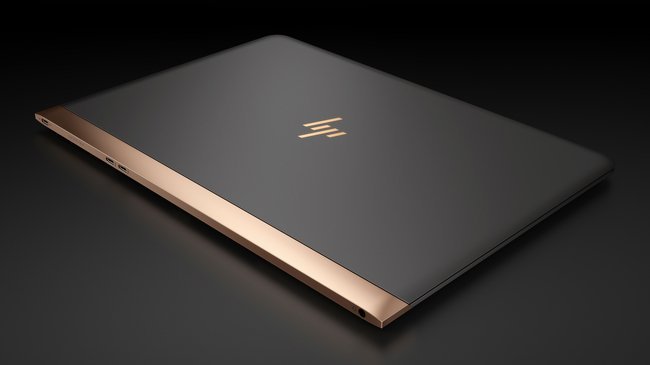 You’ll also find 3 USB Type-C connectors, and two of these support Thunderbolt. You can select up to 512GB of SSD storage and 8GB of RAM. Graphics will be handled by integrated Intel HD Graphics 520, which should be good enough for some normal games, HD videos and more. The sound is provided by Bang & Olufsen, which means the quality will be good.

So yeah, for a laptop that’s only 10.4 mm thick, that’s some pretty good hardware. However, the company may have sacrificed upgrade-ability for the thin design. Some say that the hard drive and the RAM are soldered on to the motherboard. 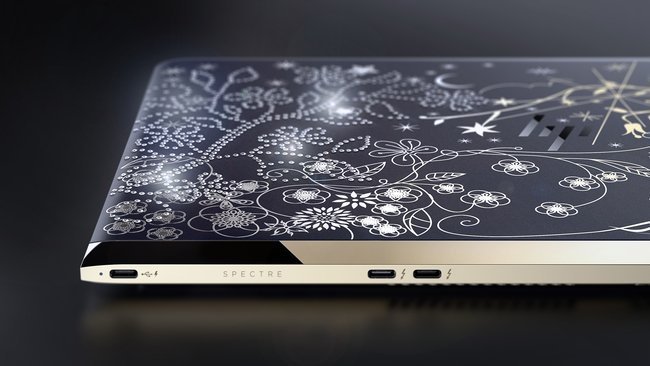 To keep the laptop running cool, HP has used Intel’s Hyperbaric cooling system, which includes two ultra-thin fans along with a copper radiator and heat pipes. The company has also promised a battery life of up-to 9.5 hours.

There will be two special editions of the laptop available, made by Tord Boontje and Jess Hannah, which will include 18K gold and diamonds. These will be auctioned during the Cannes Film Festival, and the proceeds will be donated to the Nelson Mandela Foundation.