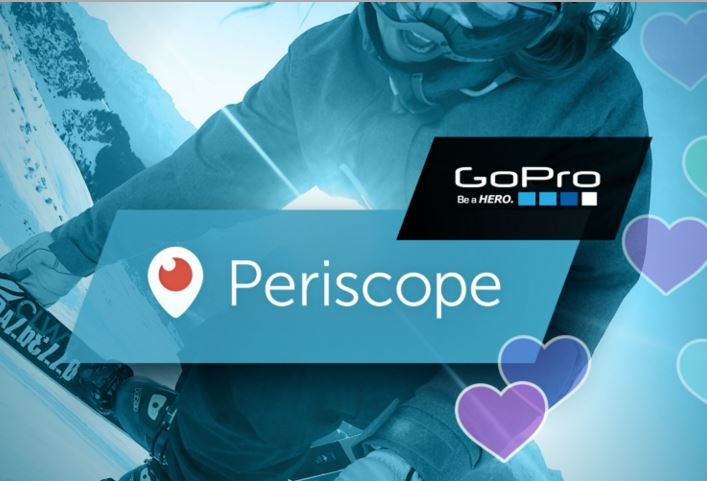 How to Live Stream GoPro Video to Periscope iOS App

Have you ever wanted to live stream GoPro videos to the world on Periscope? Well, you can now do that thanks to the integration with GoPro.

The Periscope app now lets you live stream videos from your GoPro Hero 4 directly to the app. If you’ve never heard of Periscope, then here’s a short info on what it is and what it does.

Periscope is a live streaming app owned by Twitter, and lets you watch live events happening across the world. Someone from the other end of the planet can share a walk in the park and you could be watching that somewhere else, happening live.

Now, you can also use a GoPro to broadcast what’s happening around you, to the Periscope app. You can keep your iPhone in your pocket and record using the GoPro. This can come in handy for people who use GoPro a lot. Using your iPhone to live stream yourself snowboarding or surfing is kind of risky. Not only will you not be able to see what you’re doing, you will end up destroying your smartphone.

You can switch between the GoPro camera or your iPhone camera. All recorded video from the GoPro will be saved on to the GoPro SD card. It currently only works on the iOS app and requires a GoPro Hero 4 Black or Hero 4 Silver.

Here’s how to live stream GoPro video to Periscope:

That’s about it. It’s as simple as that. Now you can live stream GoPro video on to the Periscope app and show the world even more fascinating things.

As mentioned before, the GoPro integration currently only works on the iOS version of the Periscope app.