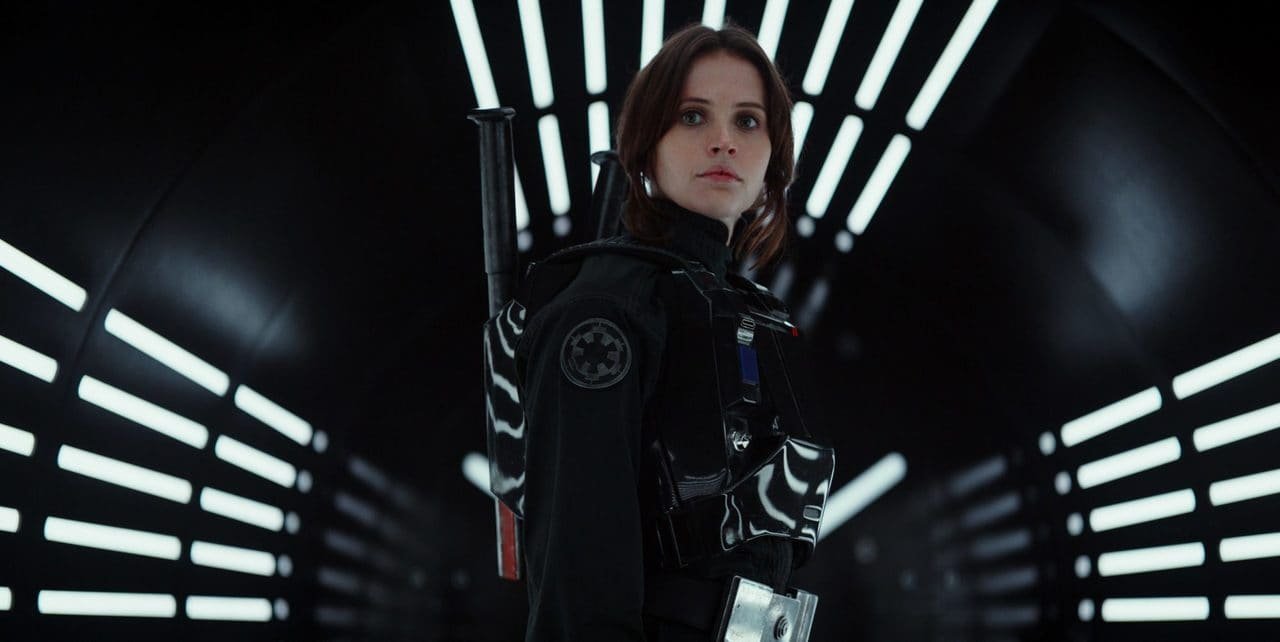 The leaves are about to start changing, the kids are back in school, and the summer blockbuster season is behind us. It’s time to look ahead to the slate of upcoming holiday films so you can plan accordingly. We’ve highlighted a few we’ve deemed to be more important than others because, well, because Rogue One is why.

We’re hoping that this sequel to the movie that kicked off the found-footage horror movement will eradicate our memories of “Book of Shadows” which was, you know, terrible and all that. Check out the trailer here:

So, remakes can be tricky beasts, especially remakes of remakes. John Sturges made Kurosawa’s “The Seven Samurai” palatable to American audiences in 1960 with his film of the same name. That star-studded cast included the likes of Yule Brenner, Western veteran Eli Wallach, Steve McQueen, Robert Vaughan, and Charles Bronson. In 2016, the cast, helmed by Denzel Washington (and frequent collaborator of director Antoine Fuqua) includes Chris Pratt, Ethan Hawke (also reuniting with Fuqua), Peter Sarsgaard, and Vincent D’Onofrio. The script was penned by Nic Pizzolato of HBO’s “True Detective.” Will it be good? Well, it will surely be better than “Book of Shadows.”

Fans of oddball comedies have been waiting for a while for this one. Its release date has been shuffled around a few times and we’ll finally catch a glimpse of it in late September. Based on the famous 1997 robbery of a Loomis vault, the cast features Kristen Wiig, Owen Wilson, Zach Galifianakis, Jason Sudeikis, and, blissfully, Leslie Jones. The actual story is pretty fascinating, especially because the extensive list of conspirators walked away with $17.3 million, making it the second-largest all-cash robbery in U.S. history.

The Birth of a Nation

The film has seen its share of controversy already, namely for its director and his past allegations of rape. However, it swept up audiences, and the Audience Award, at Sundance this year and it’s still about the largest slave uprising in history. Nate Parker surely knows how to wedge his foot into his mouth, but this is his debut feature, so it remains to be seen whether or not he’s better at directing than he is at discussing rape victims.

Period films are always fascinating, especially those based on actual events. This one features an always consistent Rebecca Hall as the titular Christine Chubbuck, a Florida TV news anchor who committed suicide on air in 1974. Hall is always creative and exciting, and we expect nothing less from her in this role.

Ardent fans of Korean director Park Chan-wook love him for his dark sensibilities and unpredictability. The “Oldboy” director is back this fall with his adaptation of the British novel “Fingersmith.” It’s got critics talking. We could say more, but, like the rest of his utterly arresting, idiosyncratic, and singular movies, we think the trailer should do the talking:

Jim Jarmusch lives his dream, which is to say that he finally got to make a documentary about one of his friends and heroes, Jimmy Ostberberg Jr. known to the rest of the world as Iggy Pop. Jarmusch is not quite a documentarian, but he is a huge fanboy who knows a thing or two about narrative. This is the year that Bowie died, so we all may as well go and see the film directed by one of the great masterminds of indie cinema about one of the late artist’s most notorious BFFs. 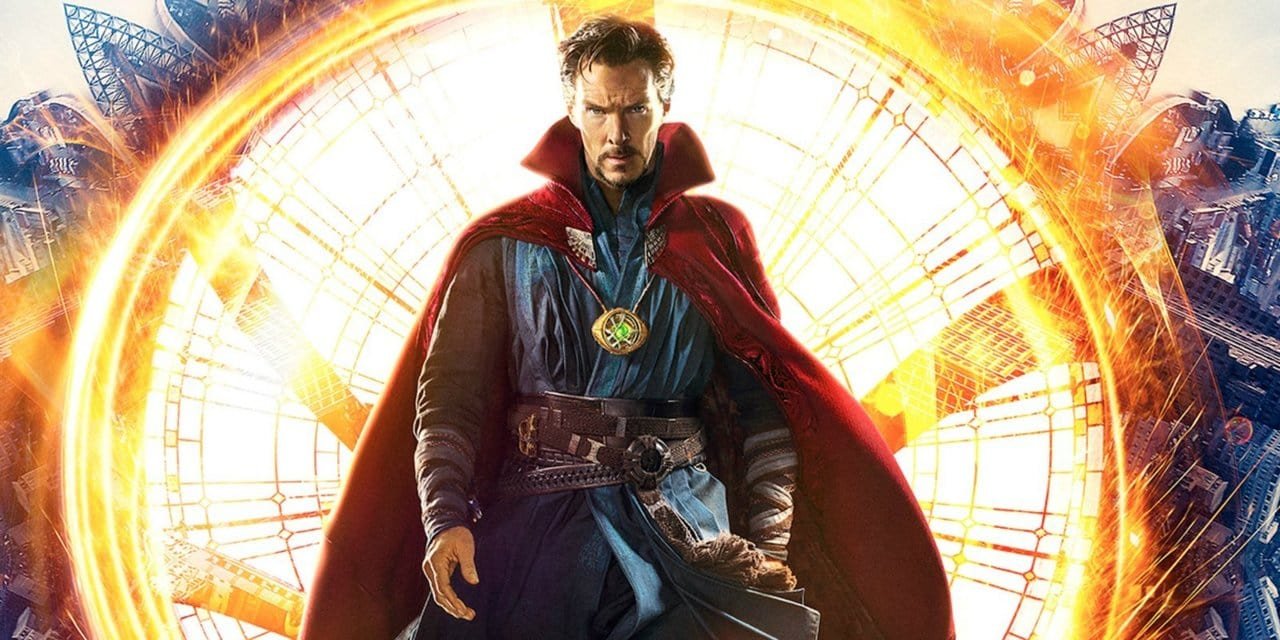 Yay! A Marvel Movie! Controversies around yellow face aside, there’s just so much to get excited about with this one. Firstly, Benedict Cumberbatch is playing a superhero in a Marvel movie. Veteran writer James Gunn (“Guardians of the Galaxy”) has worn a director’s hat only one other time, on the tepidly received “Super.” After the mega super duper success of “Guardians,” he probably would have been given the keys to any castle he wanted from the Marvel/Disney Universe. Early peaks indicate that this one probably won’t disappoint. Also, it’s Marvel, so…

Fantastic Beasts and Where to Find Them

Because it’s a film from the JK Rowling/Potter universe, it deserves a mention. Eddie Redmayne is Newt Scamander, a magical diplomat running around 1920s ‘Merica trying to get some of his escaped magical beasts back in captivity. Will it be good? Will Potter fanatics even care? As evidenced by the blockbuster numbers of all previous Potter movies, the correct answers are: “it doesn’t matter” and “not remotely.”

There is already Oscar buzz for Jessica Chastain playing a lobbyist advocating for stronger background checks for gun purchases and this film has award season written all over it. It’s always fun to see her play someone tough and demanding, and this season is ripe for a smart, educated discussion about gun ownership and the 2nd Amendment. If nothing else, it will make holiday meal discussions with the family…interesting.

On December 16, the world will finally see the first Star Wars spinoff since Disney took over the helm from Lucasfilm. The story focuses on a plucky starfighter (oh, Felicity Jones, how do we love thee?) who manages to steal the plans for The Deathstar. Kudos for the story, a prequel of sorts for the satisfying kaboom ending of “New Hope.” So far, the trailer promises a more mature, dark, and generally adult Star Wars-verse, although we know that there will be plenty for the kiddos. You’ve probably seen the trailer ten kajillion times, but here it is again, just in case.

So, the world is still waiting for a universally-liked video game movie. It didn’t get it this summer, and we’re not sure if it’s going to get one on December 21, either. The good news is that mega superstar and smart person Michael Fassbender (star of everything including all those X-Men movies) was heavily involved and its director Justin Kurzel certainly did some interesting things with his 2105 “Macbeth” adaptation. Can we say, therefore, that we’re all cautiously optimistic? Yes, yes we can.