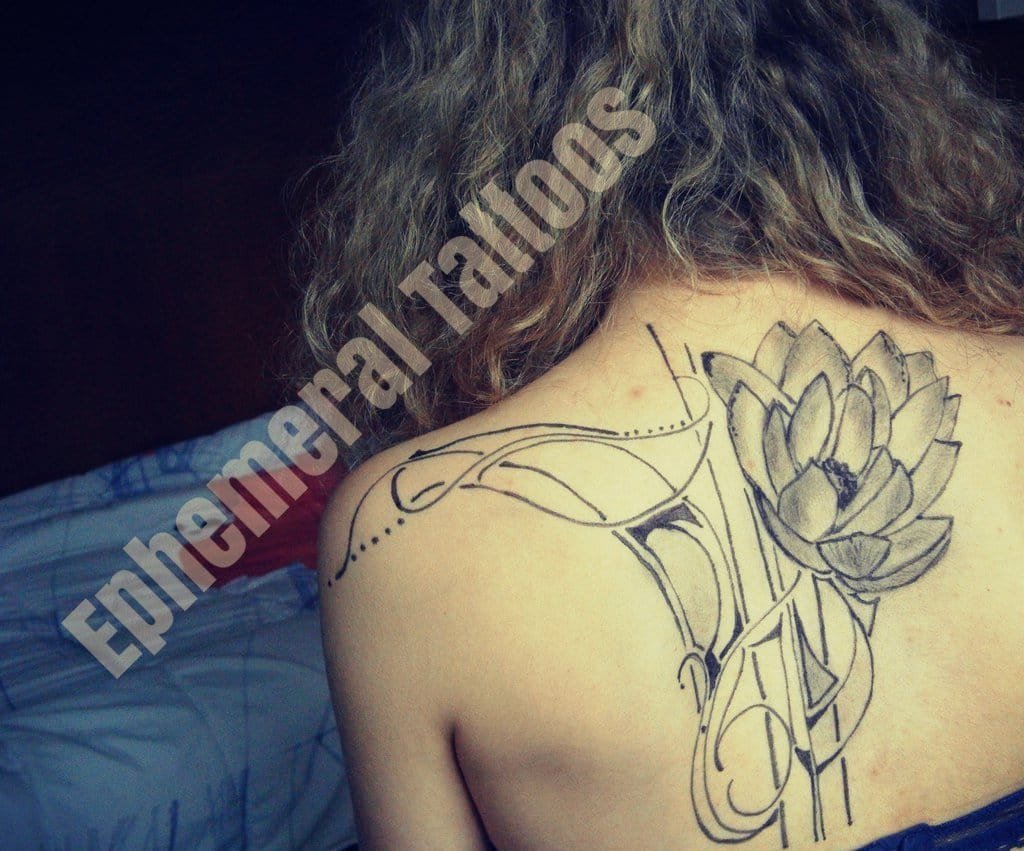 Permanent tattoos may attract the serial tatooee, but there are many who would jump at the opportunity of getting temporary but real tattoos. This is possible says Ephemeral, a startup, working on creating hi-tech tattoo ink that lasts about a year.

‘Ephemeral‘ means something that lasts for a short time.

Tattoos are everywhere. Once associated with sailors, gangsters and convicts, tattoos are now considered respectable and one in five US adults is said to have a tattoo.

But increasingly tattoo lovers are no longer content to settle for a single, discreet tattoo that they can easily conceal.

Instead there are people like David Beckham who is said to have 40 tattoos and then there is Cheryl Cole with a bunch of rose tattoos all across her lower back, buttocks and legs.

But there are also those that go for tattoo removal or don’t get a tattoo done because they don’t want that permanency.

There are many reasons people may want to remove or change their tattoos. The tattoo may not sit well with the family, it may be the need for change and there are those of us that don’t get a permanent tattoo done solely due to commitment phobia.

Ephemeral wants to change that.

The five-person team, headed by CEO and co-founder Seung Shin, is working on a tattoo ink that’s temporary and fades in a year.

The startup is working on two products:

Seung Shin said, “Ephemeral was born from a personal experience,” Shin told FoxNews.com. “I got a tattoo when I was in college, and my parents were really against it. So they kind of forced me to get it removed.”

But Shin explained that after one session of laser removal, he never went back, because it is not only expensive but also leaves scars.

Normal tattoo ink consists of large molecules and the new tattoo ink that Ephemeral is working on is based on small dye molecules that are located inside a bigger molecule.

Shin explains it further by comparing the molecular design of their tattoo ink to a large “transparent soccer ball” made of biomaterial and which contains little dye molecules inside it.

So far this ink has been tested on rats and cells in tubes. In a month or two, the startup plans to start their tests on pigs. The results so far have been positive.

They plan on offering the new temporary tattoo ink in various colors, of which the blue and red ink has been developed.

While the pricing strategy hasn’t been worked out yet, the Shin said the ink may sell for between $50 and $100.

Tattoos help people with self expression and our bodies have become the magnets of images, quotes and sayings. With body ink, we don’t have to talk, we just have to look.

The fear of being “marked for life” is being tempered by tattoo removal technology and Ephemeral’s latest safe and temporary tattoo ink can be just what is needed.

Ephemeral expects to make their Hi-tech Tattoo Ink commercially available by 2018. The startup is seeking investors.