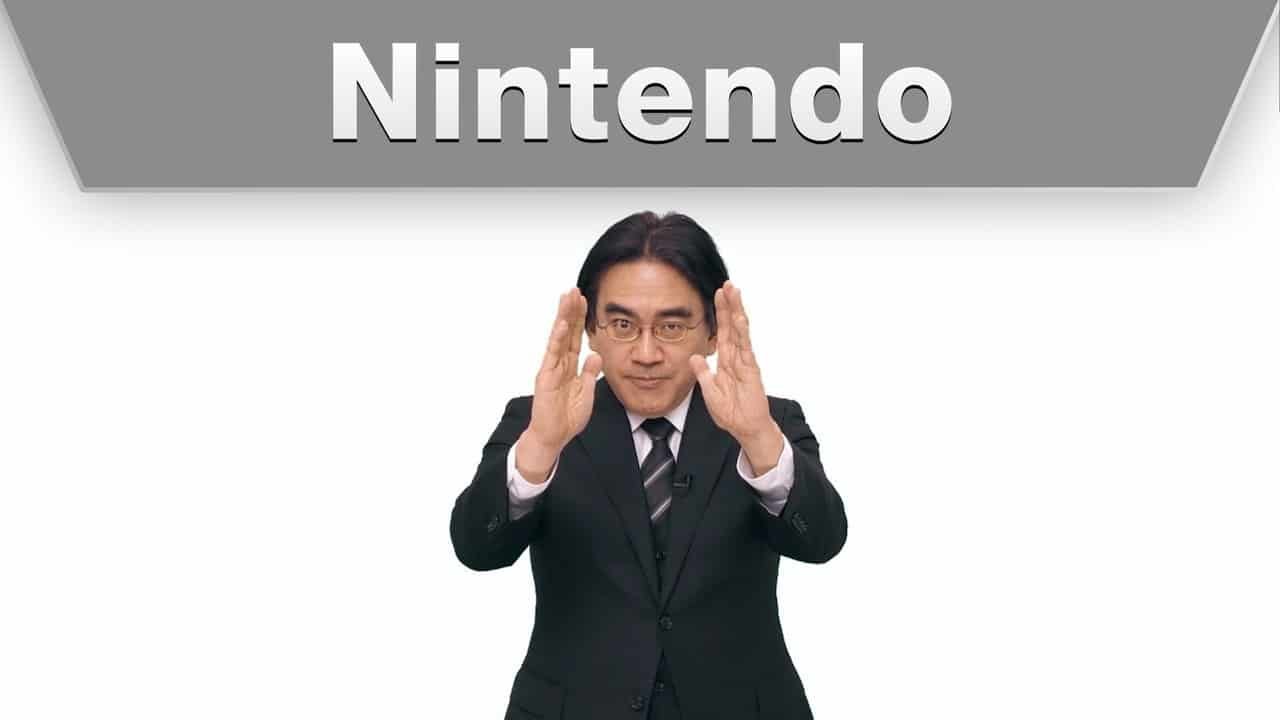 Everything That Happened in Today’s Nintendo Direct!

Nintendo certainly had some big shoes to fill with the first Nintendo Direct after Iwata’s untimely passing, and they certainly pulled out all of the stops to make this one of the more exciting directs I’ve witnessed in quite some time. They announced a slew of new info on upcoming titles, more amiibo, and finite release dates. Get your notebooks out, because there’s a great deal.

There’s nothing I really love more than being right about a prediction. However, this wasn’t exactly something that nobody saw coming, it being a pretty poorly kept secret at best. Fittingly, the announcement lived up to the hype, showing all of the scenes we’re familiar with updated to today’s graphical standards. At face value it doesn’t look like much more than a fresh coat of paint, but the big N has promised us that it is more than a simple remaster. Whether those changes will be great or not, that has yet to be determined.

To give us some piece of mind, however, they announced a new amiibo to coincide with the release of the game: Wolf Link. It’s a particularly spectacular amiibo worthy of even the most elite collectors, depicting Midna riding Wolf Link. On top of that, all of the previously released Legend of Zelda amiibo will be compatible with the game, although it’s unsure how exactly they’ll work. The special amiibo comes with the game, and if you decide to pre-order it, you’ll also get the accompanying soundtrack.

The Legend of Zelda: Twilight Princess HD releases on March 4, 2016.

Nintendo has been really great with adding more content to Splatoon, and they’re naturally adding more to the mix. First off, two new stages are being included in the game: Museum d’Alfonsino and Mahi-Mahi Resort. The former is a museum-like battleground that has all kinds of underwater-based art that will make you giggle a bit, and also has rotating platforms just to mix up the combat. The more interesting of the two, Mahi-Mahi Resort, is a spa-like area with jellyfish lounging around the outside. The stage itself is a bit different from most because as the match nears its end, more platforms rise from the water, exponentially adding the amount of territory to paint.

A Splatoon update hits the Wii U today, adding 40 new pieces of gear, such as winter apparel, to use with your inklings. Museum d’Alfonsino drops tomorrow, and Mahi-Mahi Resort will release later this year. Nintendo also promised that Splatoon will continue to receive updates until January of next year.

When Nintendo first stated that they were making an announcement related to Super Mario Maker, I was sure we were going to see more DLC. However, that was not the case. Instead, e were shown a new Mario Maker portal site (compatible with PC and smartphones) where you can search for specific courses that meet your needs. The process seems to be more streamlined and easier than in the game itself, so this will definitely be a handy companion for that title. Although, I think a mobile app might’ve served better use.

The Picross series has been relatively successful for puzzle and Nintendo fans alike, with titles like Mario Picross coming to various systems throughout the years. This trend is continuing with the unveiling of Pokemon Picross. For the most part, it functions like a normal picross game, revealing pictures of various Pokemon as you complete levels. Then the Pokemon that you reveal can be caught and used in any of the other 300 stages (and they each have a different effect on the field). Case and point: it’s Picross with a Pokemon twist.

Pokemon Picross is scheduled to release in early December.

It’s been a treat for us Nintendo fans to see more indie titles making their way to Wii U and 3DS. They touched more on titles like Steamworld Heist (holiday 2015) which is set to include a free theme for the 3DS, Fast Racing Neo (early December) a hectic lovechild of Wipeout and F-Zero, Typoman, which is easily the most interesting title they announced in this genre (you use wordcraft to bend the world around you), Hive Jump which comes with exclusive challenges due to amiibo support, Kerbal Space Program, which makes use of the gamepad’s gyro controls, and Terraria (early 2016), which will support up to eight players in a single world on the Wii U version.

Remember what I said about being right with a prediction? This is another one of those times, but again, who didn’t expect this? Regardless, Nintendo didn’t announce any more new amiibo that will be hitting shelves this year, but the next wave will instead arrive on January 22nd. This wave will include Kicks, Celeste, Blathers, Mr. Resetti (all from Animal Crossing), and Lucas, on top of more amiibo cards for Animal Crossing: Amiibo Festival. It looks as if Nintendo has chosen their new primary amiibo lineup as the Super Smash Bros. series comes to a close.

If you all enjoy my writings, you’ll remember a short bit I conducted on the inclusion of Shadow Mewtwo as a boss in the upcoming Pokemon fighting game. Well now it looks like he’ll be more than just a boss character. Yes, he is in fact a playable character. You can either unlock him by regular means within the game, or purchase the upcoming Shadow Mewtwo amiibo card to unlock him from the get-go.

Pokken Tournament is scheduled to release in spring 2016.

Again, something I totally called. In tandem with debuting a gorgeous trailer that would make anyone give the game a whirl, Nintendo has finally given us a definitive release date for the latest entry in the Star Fox franchise: April 22nd. While this seems almost too far away for us fans, it’s nice that we’ll have something fun to look forward to during the spring. 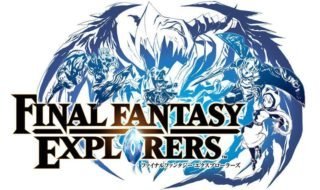 The Japanese RPG is finally coming to the US. Final Fantasy Explorers for the 3DS is a unique entry in the franchise, as it plays more like a Xenoblade title more so than a Final Fantasy one. This title is also heavily focused on customization. You will be able to change how your character looks to the point where they can even have all the garb that Cloud Strife would wear. Furthermore, the trance mechanic will let you play as various characters in the Final Fantasy series during a fight. The game is also not only compatible with local and WiFi multiplayer, but it also encouraged, allowing up to four people at a time scour the lands and slay monsters.

Final Fantasy Explorers will release on January 26th along with all of the previously released DLC for free, and a collector’s edition that will include in-game and physical goodies.

To be honest, I never thought I’d see the day where a Fire Emblem title would go the Pokemon route and have two versions of the same game, however, it seems strangely justified this time around. Fire Emblem Fates: Birthright and Fire Emblem Fates: Conquest will release simultaneously except they will feature two sides of the same conflict. After competing one of the said versions, you can unlock a special third story called Fire Emblem Fates: Revelation which, like the name states, will reveal a lot about the characters and the conflict. A special edition of these titles will also be released, including both titles and a special 3DS case. If that’s not your style, however, you can purchase one of the games and get the other for half off. Nintendo also announced that they will be having DLC for these games.

While we already knew about this title, Nintendo gave us some additional information that will really seal the deal for any fans of the blue bomber. A challenge mode will be added that will include 50 remixed stages that offer some reasonable challenge, if you will, to the game. The Mega Man amiibo is also compatible with this title and will unlock 11 more exclusive stages. But if you’d rather, a new Gold Mega Man amiibo will be released with a special collector’s edition when the game releases on February 19th.

Finally, finally, finally. For years, I’ve wondered why Nintendo hasn’t released these games on the eshop sooner. Well now, they are confirmed to be downloadable on February 27th. The most exciting part about this though, is that you’ll still be able to battle and trade with your friends via wireless connection. Talk about some intense nostalgia.

Some interesting information about a crossbow weapon surfaced for Hyrule Warriors and now we know why. The scrapped female Link herself will be coming to the 3DS title and hopefully the Wii U as well. Her fighting style is very quick, she jumps acrobatically and uses her crossbows to great effect. It’ll be nice to see how the fans receive her.

Hyrule Warriors: Legends is set to release on March 25th.

Nintendo further announced some other games that will be coming to Wii U and 3DS without touching too much on them. Bravely Second: End Layer (spring 2016), Dragon Quest VII summer 2016), Dragon Quest VIII (2016), Mighty No. 9 (Feb. 2016), Lego Marvel’s Avengers (Jan. 26), and Project X Zone 2 (Feb. 6) are some of the titles that will be hitting Nintendo consoles in the coming months.

This is the one nobody really saw coming. Cloud Strife, the legendary swordsman from Final Fantasy VII is coming as a playable fighter in Super Smash Bros. It’s no doubt his attacks will be powerful with that sword of his, and we even got a look at his final smash(es). One shot has him summoning all kinds of different monsters like Ifrit and Odin, and another shot shows him performing his famous omnislash. The limit break mechanic will also play a big role in his fight style, so it will be great to see how he ends up playing. On top of Cloud, a Final Fantasy VII stage will also be released, although the release date has been unconfirmed.

And lastly, Nintendo also revealed that they will be having a special Super Smash Bros. broadcast in December. Perhaps we’ll finally know who won the ballot and who we’ll be seeing in Smash.

What do you guys think? Did you like the Nintendo Direct? Which tidbit of news are you most excited for? Let us know down in the comments!