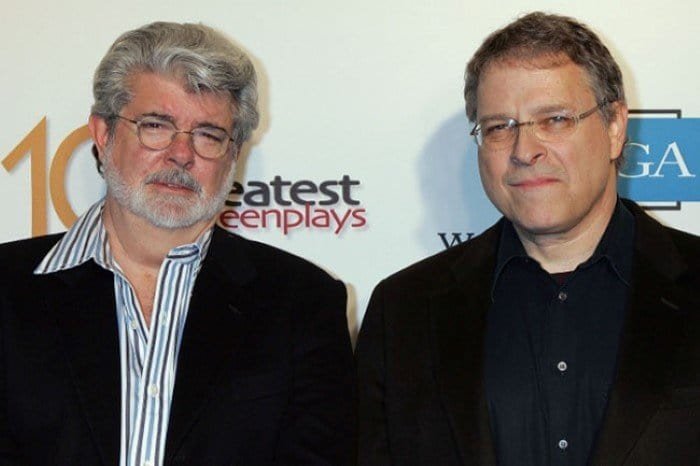 Star Wars fans will be acutely aware of the talent that is Lawrence Kasdan. The Hollywood screenwriter began his career by writing the 1980 science fiction classic sequel ”Star Was Episode V: The Empire Strikes Back”. This strong debut was followed by 1981’s ”Indiana Jones: Raiders of the Lost Ark” and since then Kasdan has penned ”Star Wars Episode VI: Return of the Jedi” and the upcoming ridiculously anticipated ”Star Wars Episode VII: The Force Awakens”, amongst a variety of non-C3PO based films.

Recently it was reported that there would be a Han Solo Anthology film which would also be written by the old school Star Wars scholar himself, Kasdan. Many fans have welcomed the return of an original writer with the (new) hopes that this will bring with it the same atmosphere and the same appeal that the original trilogy had in bucket (or should that be R2D2) loads.

Unfortunately, Kasdan has this week revealed that the Han Solo solo film will be his last Star Wars film. This may come as a blow to some fans as there are at least two more films scheduled for release aside from the Solo film, one in 2017 and one in 2019. The Hollywood Reporter stated that Kasdan revealed in an interview with German tabloid Bild that he has ‘done enough’ with the franchise. Kasdan stated ‘I have now made four Star Wars movies (including the Han Solo film), that’s more than enough’.

In the interview Kasdan also credited his son, fellow film writer and director Jon Kasdan, and the rest of his family as convincing him to work on the Han Solo movie stating he initially had little interest in participating in the project. He also revealed that he will be co-writing the film together with his son. Kasdan (senior) has been attached to ”Star Wars Epsiode VII: The Force Awakens” since 2013 when he agreed to replace Michael Arndt as writer.

His son, Jon Kasdan has to date worked as a director, actor and writer. As a writer he has written episodes of the longstanding teen drama ”Dawson’s Creek” as well as being responsible for writing and directing the Kristen Stewart/Adam Brody comedy drama ”In The Land of Women” in 2007, which also starred Meg Ryan. As an actor Jon Kasdan can be seen in TV series ”Californication” as ‘Director’ as well as staring in his Dad’s film ”Dreamcatcher” in 2003.

He evidentially takes after his father who is also known for directing and aside from writing some of the most iconic films of all time. As a director Kasdan not only directed ”Dreamcatcher”, but also directed the Oscar nominated ”Big Chill” in 1983, ”The Accidental” tourist in 1988 and ”Wyatt Earp” in 1994 amongst others.

Given the talent that is evident from Kasdan’s back catalogue, fans can only hope that both him and his son continue to grace the film industry with their work, though it will be a sad goodbye from the Jedi. The Han Solo Anthology film is due for release in 2018, with ”Star Wars Episode VII: The Force Awakens” being released in December 2015.