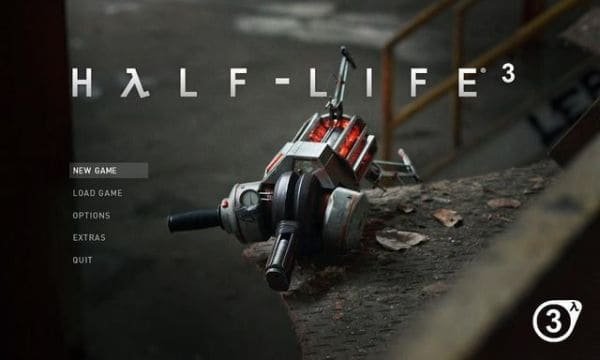 Half-Life 3 Release Date and Features: Not Dead Yet! Fans Hold Onto Their Hopes

It has indeed been too long after we received the second edition of “Half-Life”. If you are an eagerly waiting fan, who would jump-in-anytime to grab your “Half-Life 3” console, here are some exciting updates. You can munch on it until Valve Corporation, suddenly wakes us up from waiting, with the game’s actual release.

It is the ninth year for “Half-life 2”

The ninth anniversary of “Half-Life 2” was on Nov. 19. Fans have been eagerly waiting for an announcement from the Valve Corporation on the third edition of the game. Uneventful of the rarity is indeed frustrating.

Speculations on the game

There has not been any official statement from the game developers. However, rumors suggest that the third installment of the game is getting all geared up for the grand release. Some speculations even indicate that the company is in the finishing phase of the game’s production. Valve is known for always giving something new in its game releases, like in the case of DOTA 2, Team Fortress and Counter-Strike series. Hence, you can expect that “Half-Life 3” will also come with some revolutionized gaming features.

Even though the makers still pose uncertainty towards the game, over the years regular leaks have kept the eagerness intact. One of such leaks suggested that “Half-Life 3” will explore the possibilities of Virtual Reality. However, a representative from Valve Corporation, Chet Faliszek, said that it is impossible. He also added that VR support in the game is not possible, as it may take a lot of time to develop.

You can expect the release of “Half-Life 3” by 2018, 11 years after “Half-Life 2” and 20 years since the release of the original “Half-Life” game. Valve may be planning to roll-out the third edition on their “China-Jubilee” 20th year anniversary. However, speculations also suggest that Valve has stopped developing games long ago. So, we may end up becoming Vladimir and Estragon waiting for ‘Godot’ who never arrived!