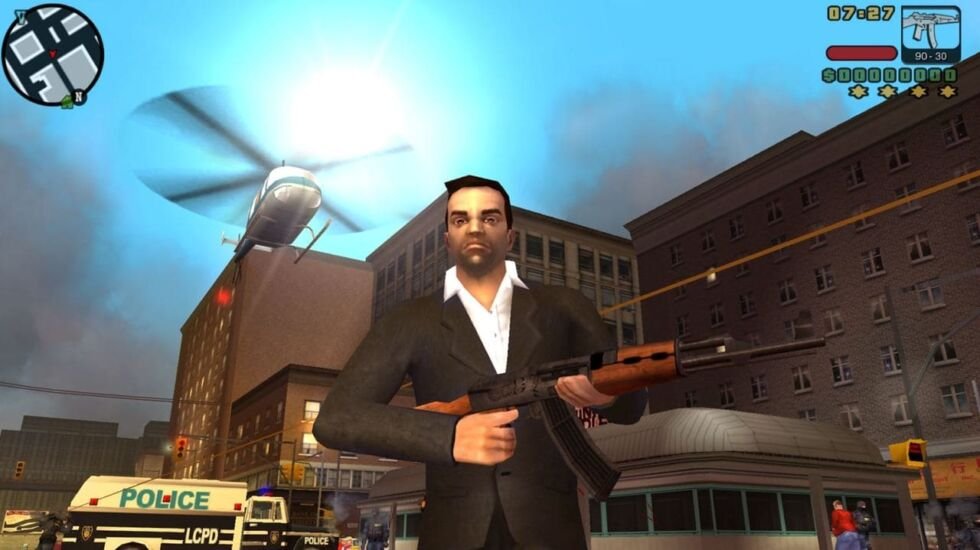 Liberty City Stories was originally released for the PSP in October 2005, but the Android version isn’t a direct port like other Android GTA titles.

” Former trusted wise guy for the Leone family, Toni Cipriani returns home to Liberty City after spending time in hiding for killing a made man. Now, the streets of Liberty City are in turmoil, as warring families vie for control and the town begins to self-destruct under waves of political corruption, organized crime, drug trafficking and union strikes. Deranged hit men, morally depraved tycoons, cynical politicians and even his own mother stand in the way as Toni tries to bring the city under Leone family control.”

The game is obviously free-roam, which means you can pretty much go anywhere. It’s been built from group up to be compatible with Android, with graphic enhancements and touch controls. Cross platform game saving via Rockstar Social Club is also available. The game will also work with physical game controllers.

Rockstar is currently selling the game for %40 off, which means it’s available for just $3.99. GTA Liberty City Stories Android weighs around 2 GB and is compatible with most devices running Android 4.0 and up.