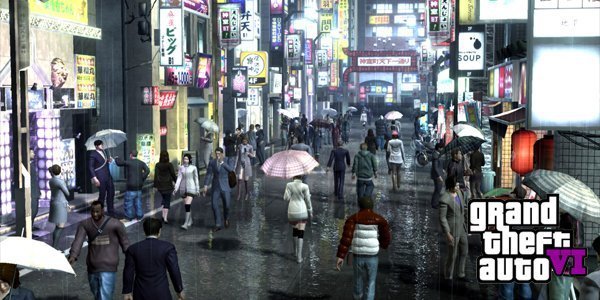 During the last couple of weeks, numerous rumors have appeared on the internet concerning GTA 6 Release Date. Still, no one is sure if any of those are true or not, since Rockstar Games still did not confirm or deny any of them. However, we can conclude that GTA 6 will not be released before 2018, and the developer is probably busy with Red Dead Redemption 2, which still has no release date confirmed, but it is expected to be announced at E3.

That still does not keep GTA 6 fans from speculating about the biggest map in video games so far, that would feature the whole USA. Also, it looks like the female protagonist introduction to the franchise would be most welcomed, in addition to extreme natural weathers and disasters, like earthquakes.

Such a big map would require solutions to spending much time travelling around instead of playing, so teleportation is the first idea that comes to mind. On a bad side, a huge map is too much of an undertaking unless it is made for massive multiplayer, so fans are afraid if many of those wishes end up making up a Frankenstein of one of the best-selling video game franchises ever.

It is not unusual that publishers are trying to adapt to consumer habits and completely sideline single player campaigns, all in favor of multiplayer experience and bigger profits through online subscription. Chasing World of Warcraft, especially if you already have an established fan base is definitely not a good choice. GTA Online is popular, but remember all those server problems in the first days after it was released.

Finally, everything you hear or read about GTA 6 should be taken with a lot of reserves, since years are separating us from the official release that is to be expected between 2018 and 2020.