Google’s Latest: All About Allo

Well, today’s the day, folks. Google’s just released their newest, top-of-the-line messaging system that’s foreseen to take over the texting industry (if it could be called it that).

Meet Allo, the optimal route to expressing yourself over instant-messaging. 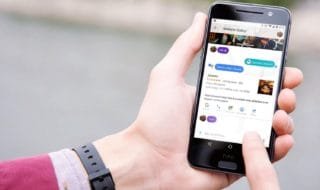 There’re countless tools which make this app (currently available on Andriod, Apple, and several others hosting platforms) unique in its own, stunning way. Previously, Google Hangouts was all the rave, even with its minimal difference from other formats, such as iMessage. With Allo, however, they’ve taken customization to a whole new level that’s sure to knock the socks of most users. So, what are we waiting for? Let’s get down to business.

Similar to the latest Apple update, you can now use a drawing tool to send texts and draw over previously-taken or taken on-the-spot pictures. While the colors are basic, and your design skills will probably fall short even if you’re a professional graphic designer, it adds some color and fun to any photo.

Prepare yourselves; a whole new set of emoji’s are being released unto the human population. This could be fateful to your precious data. If you’ve used Hangouts before, you’ll be familiar with the bright yellow, oddly shaped, eye-catching faces. If not, you’ll have quite a time looking through the new options with which to express yourself.

This is one you definitely haven’t seen if you’re a strictly-Apple user. Stickers are… ahhh… A bit more random than emojis. As Google puts it, there’s just something about a drooling sloth riding a pepperoni pizza that can sum up everything you’ve been trying to express. They’re also very, very big. 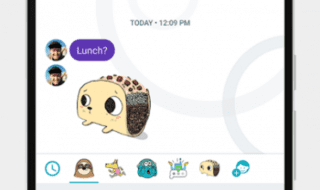 This truly is something we’ve all been waiting for. You can now change the size of your texts through Allo. Just move the send button up or down to alter the display sizing. With this system, you’re allowed to customize your message in whatever ways your little heart desires (although your desires and your friend’s wishes are probably two very different concepts altogether).

Need to know where the nearest coffee shop is? What about a tutorial on how to make shrimp scampi? Curious about when the tide rises in Miami? Don’t interrupt your conversation to Google the answer, simply type @google and then your question, and within a matter of seconds, the answer will appear in the chat, with full videos, pictures, or instructions.

The format for your request should look like this: @google (question/request)

Here’re a few ideas you can play around with once you download the app, or buy a phone with Allo Messenger as it’s base:

@google who is Anderson Cooper’s mom

As you can tell, Google assistant knows everything, so don’t be scared to ask. You’ll even have a separate thread where it’s just you and Google, how sweet. If you have a question or want some information that doesn’t necessarily apply to any of the conversations you’re in, you can go to the previously mentioned thread and ask there. You’ll receive the same results, but at the same time, you won’t be imposing on those you’re talking with.

Allo learns your texting style, and after just a few texts it will already have customized its recommendations to your tone and expressions. If someone sends you a picture of their paint job, Allo will suggest phrases you can send that apply to the situation (depending on how you’ve previously reacted to such instances – it could suggest you say: great job! Or, if you’re high on exclamation points: great job!!!!!!!!! Maybe you like all caps: GREAT JOB! Or even, to the death of us all, both: GREAT JOB!!!!!!! – Allo remembers everything), it’ll even throw in a few emoji’s you can send with a quick click. Keep in mind that it’s not only punctuation or inflection, but also phrasing. If you use words like swag, groovy, coolio, fab, okie, or anything else, Allo memorizes them as a quick-reply, and you can send them without hardly thinking.

If you have a super-secret fiesta planned, and this hypothetical surprise party’s recipient is a genius hacker, maybe you should consider hosting the group chat to plan the party in incognito mode. It’s similar to using an incognito internet window, except more spy-like and secretive.

“All chats in Google Allo are encrypted using industry standard technologies like Transport Layer Security (TLS). But we went a step beyond this and we created a mode within Google Allo called Incognito(h/t Chrome). When you chat in Incognito mode, messages have end-to-end encryption and additional privacy features like discreet notifications and message expiration.”

With great benefits come great disadvantages, so they say. With all of the customization, Google left the floodgates open wide for friend-spamming. Think about it: big emoji’s, bigger stickers, even bigger text sizes. New emoji’s, new stickers, automatic recommended texts. Do you see the nightmare yet? Maybe not. @google play last 100 uploaded cat videos on youtube.

Now you probably do.

Hangouts, Android SMS, iMessages, and many of the other main branches of instant messaging are available on many devices and platforms. Allo Messenger, conversely, is only supported on phones. Not to fear, Google stated they plan on expanding in the near future. Some say they’ll hold off on transferring from their current platforms until this critical change is made. To others, it doesn’t make that much of a difference.

Earlier it was mentioned that all messages are encrypted (see: Incognito Mode). This makes you assume all of your messages are private and cannot be read by Google, or anyone else, for that matter. We’d all like to think that, and Google wants us to believe that. But can we? Many are skeptical that with automatic responses, and style-learning options, Google is using more than artificial intelligence to “help you out” with your texting. It’s nice that we live in a society of corporations like Apple who will fight for our rights of protection and privacy (although if you’re an international terrorist who just murdered dozens of Americans, you loose all the constitutional rights that you were never guaranteed, including privacy – that’s an entirely different matter), but that doesn’t mean that all companies respect privacy. So don’t tell your friends over text that you plan to singlehandedly nuke China because they stopped manufacturing your favorite Webkinz plush toy, please.

I can imagine each of us has at least one friend who would abuse some of the tools, such as spamming our phones with enlarged messages and drawings of absolutely nothing but 5-year-old meaningless (but simultaneously entertaining) scribbles. Nonetheless, we trust most everyone you know would use them maturely and with accuracy. We encourage you to give this new and optimized messaging system a go, and let us know what you think in the comments below!