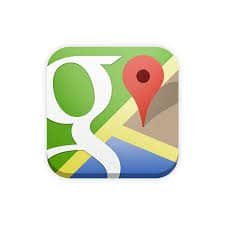 Unless you’ve been living under a rock for the past few years, you’re bound to have at least heard of Google Maps. From navigating the intricacies of the big city to finding your way when you’re abroad, the app has become an essential tool for millions of users.

But there’s a catch.

Google Maps only works if you have a reasonable internet connection. And even though you can download an itinerary for offline viewing, this is often clunky and of limited use.

All this is set to change with the latest update, which was released on the 10th November to much fanfare.

Offline search and navigation features have long been in the pipeline for Google Maps. In fact, they were previewed at Google headquarters way back in May.

The update will make Google Maps switch to offline mode whenever the internet connection becomes patchy, but the app will continue to work much the same way as it does online. Of course, you won’t be able to access live information in offline mode. However, turn by turn navigation and other useful information such as business opening hours and contact numbers will all be available offline.

Predictably, the update will only be available to Android users for the time being. An update for iOS is also in the pipeline, but there is no news yet as to when exactly it will become available.

How to use the offline search and navigation features

Using the new offline features is as easy as it gets.

Find the location you want by typing in the name of the city, state, zip code or simply by selecting a point on the map. Once you’ve found the area you’re looking for, just type “ok maps” or scroll down and press “save offline map”. All of your offline maps will be stored in the “saved places” section of the app.