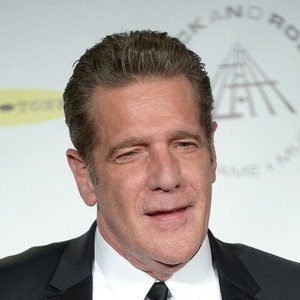 Glenn Frey, the musician member of the Eagles, died Monday. It is believed that Frey passed away because of complications from rheumatoid arthritis, acute ulcerative colitis, and pneumonia, a very deadly illness, in particular for the mature crowd. Eagles’ members wrote this on Facebook following Frey’s passing: Words can neither describe our sorrow nor our love and respect for all that he has given to us, his family, the music community and millions of fans worldwide,” as stated on https://www.nbcnews.com/news/us-news/glenn-frey-eagles-has-died-band-says-n499181. Many fans and those alike remembered Frey, as funny, charming, and an all around good person.

The Detroit-born native, moved to California at an early age of his adulthood, there he found a group of songwriters he connected with. These songwriters were, Jackson Browne and Don Henley, who later would make up the Eagles’ group. Frey wrote some of the Eagles’ more famous hits. These included “Hotel California”, Take It Easy”, “The Best of My Love” and “Desperado.”

In 1982, Frey began a solo career. He made an early debut in the 1980s police series “Miami Vice”. He even created a song, “Smuggler’s Blues”, which would be married with the show. In 1984, he produced the song “The Heat Is On” which would be featured on the 1984 comedic show, “Beverley Hills Cop”.

Glenn Frey made his first movie appearance in the film Let’s Get Harry, a 1986 movie in which six pals group up to travel to Columbia to save their friend from a drug lord. Frey made a brief appearance after that in a movie known as Jerry Maguire. He played the part of the Arizona Cardinal Football Team’s general manager, who finally agreed to pay Rod Tidwell, a wide receiver, an extensive professional contact.

Glenn Frey has a net worth of $90 million.