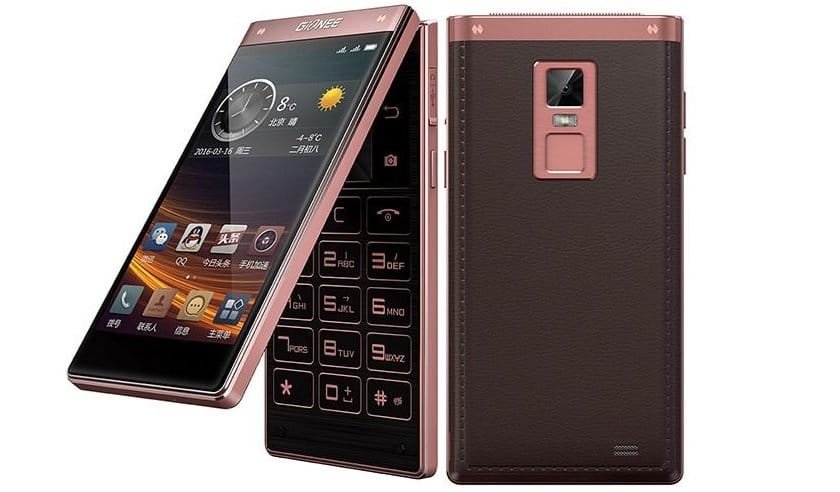 The Gionee W909 is a brand new flip smartphone that features dual displays, 4GB of RAM, a mid-range MediaTek processor, and a hardware keypad.

Flip phones are so 2000, you hardly get to see any flip phones in the market anymore. Yes, Samsung does make one, with dual displays, and so does LG and a few others. The demand for flip phones still exists in China, Japan and few other markets.

Apart from that, there are a few Chinese brands that still out flip phones, you know, like the legendary Motorola V3. None of these new age flip phones have managed to bring back the cool factor, though. And now, there’s another new flip phone from Gionee.

Earlier this week, Gionee announced the W909, a flip phone with dual displays and mid-range specifications. Here are the complete specs for the smartphone;

So yeah, pretty basic specifications as you can see, still it’s a good looking flip phone. It features slim bezels and back that’s made from faux leather, giving it a premium look and feel. The fingerprint scanner is located at the back, below the camera.

The front facing camera on the W909 is on top of the secondary display that’s inside, which is not a great idea. If you’re a selfie freak, you’d have to flip your phone open every time you want to take a picture. Apart from that problem, the phone is pretty good, if you’re still in to flip phones.

The phone comes with Android 5.1 Lollipop, which is a bit disappointing as most phones these days are coming with Android Marshmallow.