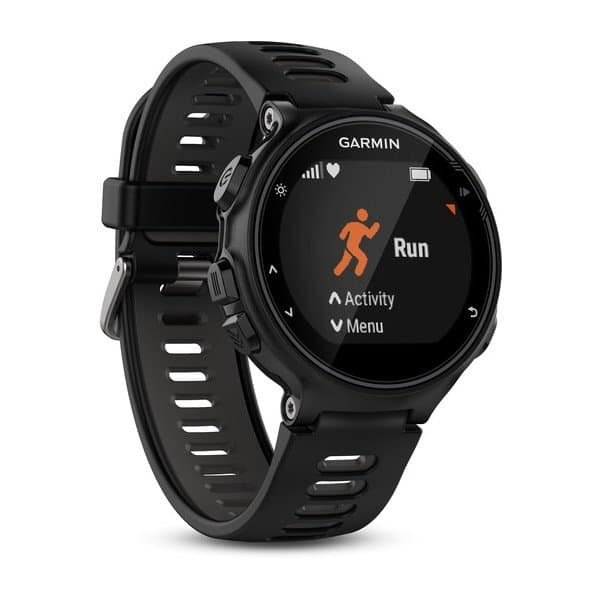 Garmin Forerunner 735XT: You Won’t Need Anything Else, Available on Amazon

Garmin Forerunner 735XT: It knows more about you than you’ll ever do

The fact that there are so many fitness trackers to choose from out there means that there is a growing number of individuals who are actively trying to achieve a healthy living.

And that’s a good thing.

People nowadays seem to have grown more and more concerned about their bodies and how their lifestyles can impact their health — thus the rise in popularity of different kinds of sports.

Rewind to decades earlier, not a lot of people actually believed in working out — yet now it’s safe to say that at least one in ten everyday people we know are trying to get healthy.

It’s undeniable that marathons and walkathons are now as popular than ever before — and so are triathlons and other similar sports.

Healthy living is now easier to achieve than ever before, thanks to the growing popularity of different kinds of sports, as well as the technology responsible for making things easy — fitness trackers.

Often, when one decides to switch from one sport to another, or one activity to another — the fitness trackers they use or no longer relevant due to their limitations.

But with the Garmin Forerunner 735XT, limitations are irrelevant.

Hoping to switch from swimming to hiking? Cycling to running? The Garmin Forerunner 735XT will know exactly what it is that you’re trying to do. This fitness tracker has an inbuilt running, cycling, and swimming tracker — equipped with an automatic transition sensor created especially for triathletes.

But that’s not all. The Forerunner 735XT can also monitor most other physical activities such as cross-country skiing, general ‘cardio’ hiking activities and strength training.

And as if the features as mentioned earlier aren’t enough to entice one to get a Forerunner 735 for himself — this amazing fitness tracker also boasts of the following features:

The Garmin Forerunner 735XT also has a state-of-the-art strap that carries a cutting edge heart rate monitor that can tell whether or not a user gives more effort on one foot in each of his strides, as well as how high the user was bounding.

With its impressive ability to monitor just about any activity, this fitness tracker is bound to know more about its user than the user knows about himself. Easily the best fitness tracker for triathletes and others who are constantly active, the Garmin Forerunner 735XT is surely a good buy — even at its hefty price tag of $520.