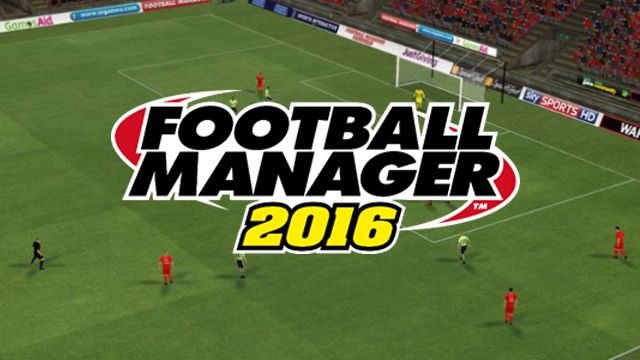 November is the most exciting month for Football Manager fans. This November is no exception – FM 2016 is released! As always, Sports Interactive had introduced us bunch of new features and fine-tunings, which should depict Football management world more realistically. Happy days when you could finish one in-game season in a day, are over. Football Manager 2016 takes real commitment. Say goodbye to your real-life!

There are rumors that Football Manager Cracks and mobile APKs are available as well.

No rivalry is set in stone. As club owners change, so do their budgets, ambitions and rivals, therefore new rivalries will be appearing, while others will disappear or become less relevant, for example, when the club from the same city stays 2-3 tiers below you.

I think for many players this had been dream no.1 since the beginnings of Football Manager Saga. If you want to feel more like “true” manager, why not create your own team from scratch and take them to the top of the league? Now you can do that in-game, instead of sneaking through FM Editor, hoping that you won’t break anything. Nothing worse than a corrupted save!

It looks like fantasy drafts are not reserved only for basketball anymore. Rules are simple and easy – you get a budget, and each players costs money. Do your best and spend it wisely, competing with 31 other managers who want that same superstar, just like you!

Sports Interactive dipped into customization of the four biggest features, probably inspired by NBA 2K series. Now you can create your own Manager Avatar, and see yourself near the touchline shouting at your players.

Football Manager 2016 is all about stats and analytic. New Competition Layout provides everything on one screen, instead of shifting through the whole game in order to get to a simple conclusion about your players’ performance.

Until you become an absolute superstar and unbeatable manager, it will take couple of season when you will have to keep track of your opponents, especially on a match day that might make-or-break you season.

Organizing analytic has never been easier than in Football Manager 2016. Depending on your goals and style, you can decide to use this vast amount of data just one click away, or improvise and go with the flow. Every approach has its pros and cons.

Set Piece Creator had a bad debut couple of releases ago, with bunch of drop-down menus that did not really work what they told they did on the pitch. Now, you can visualize every single instruction you set and suggestions about improving your set plays.

Real Football Manager predators know what an advantage it is when you steal a cheap South American 18-year-old gem, wonder-kid that becomes world no.1 player in 5 seasons. With FM 2016 Wonderkids the problem comes when your potential legend gets injured on his debut after couple of minutes on the field, and has to be off the team for a year or so.

Many users have been complaining that injuries are frequent and with not much logic behind them. This time, Sports Interactive have consulted world top professionals to make injuries more realistic.

During the last couple of years, most of the players were sending their virtual assistants to deal with press conferences. Few number of questions that repeat over and over were more frustrating than useful. Hopefully, press sector of the game has been revamped, so we hope for a big comeback!

Great amount of data requires new interface every year, and Sports Interactive delivers. Home page is clean, keeping most important things in front of your nose.

Football Manager series had always been the weakest at graphics, but text-based managers are not focused on that aspect. Still, Sports Interactive improves match engine and tries not to spend CPU resources on essentially irrelevant aspects of the game.

There is a way to make all those boring meetings and birthdays bearable. As soon as you have to step away from playing Football Manager 2016 on your laptop or PC, you can transfer your save to a more covert device – like tablet. You will look very busy and emotionally invested in your job, you might even get a raise unless someone wants to see how passionately you press that “substitutions” button while losing 0-1 in the Champions League Finals.