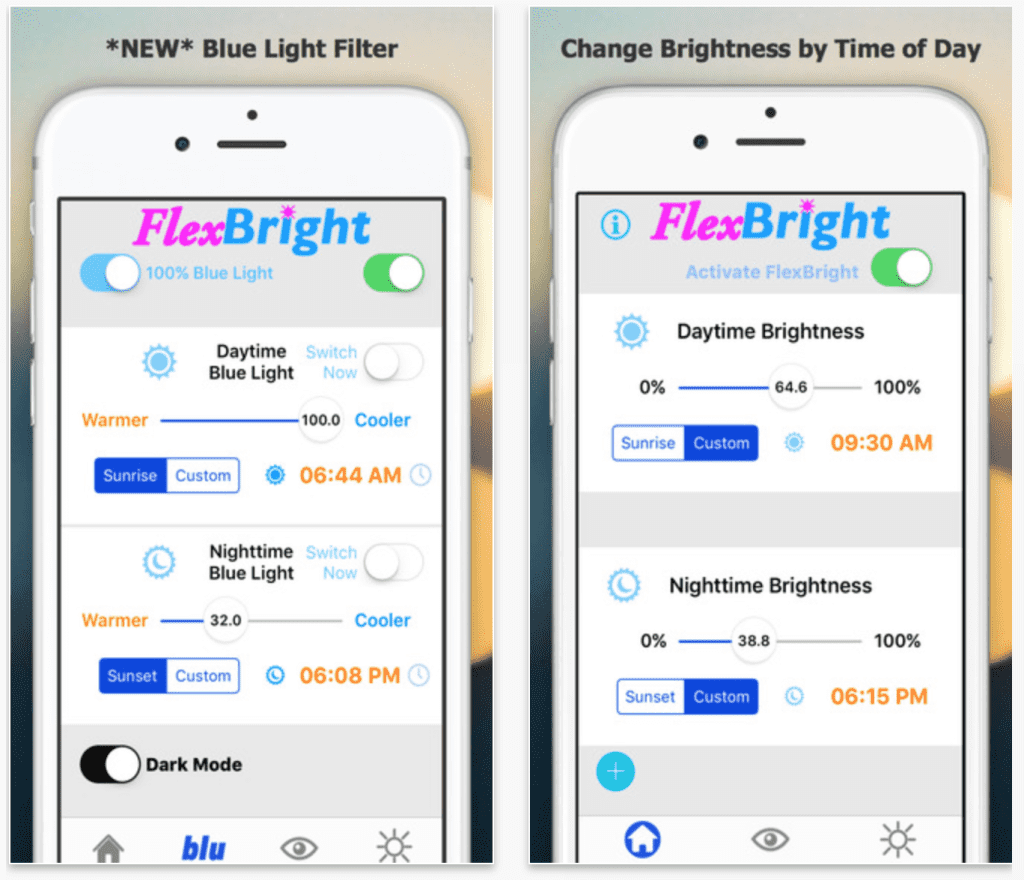 FlexBright is a new flux alternative for iOS that allows you to change the display temperature of your iOS device to better suit your eyes.

It is quite strange that Apple has allowed such an app to be available on the App Store when they asked f.lux to stop working on its iOS version. Apple will soon be releasing iOS 9.3 to the public, which features a similar feature called Night Shift mode.

Unlike Night Shift mode on iOS 9.3, you can use FlexBright on any iOS device that runs iOS 7 or later. Also, you don’t need a 64-bit device for this app to work.

The FlexBright app will monitor how much blue light you’re exposed to throughout the day and will tell you to reduce the brightness. If the app detects eye fatigue, it’ll tell you to change the display temperature. This will help you reduce strain on your eyes and give you proper sleep. You can also have the app change the brightness according to the time of the day.

This app has been available for some time, but recently an update was released that added the ability to change the display temperature. In the new update, you can add a blue filter to change the temperature, making it better for your eyes at night. You can also alter the color of your display to black and white.

Here are all the features available in the app;

You can download the app from the App Store for $2.99, but we’re not sure how long Apple will let this app stay. After all, iOS 9.3 does bring the Night Shift mode and Apple wouldn’t want competition from a third-party player.