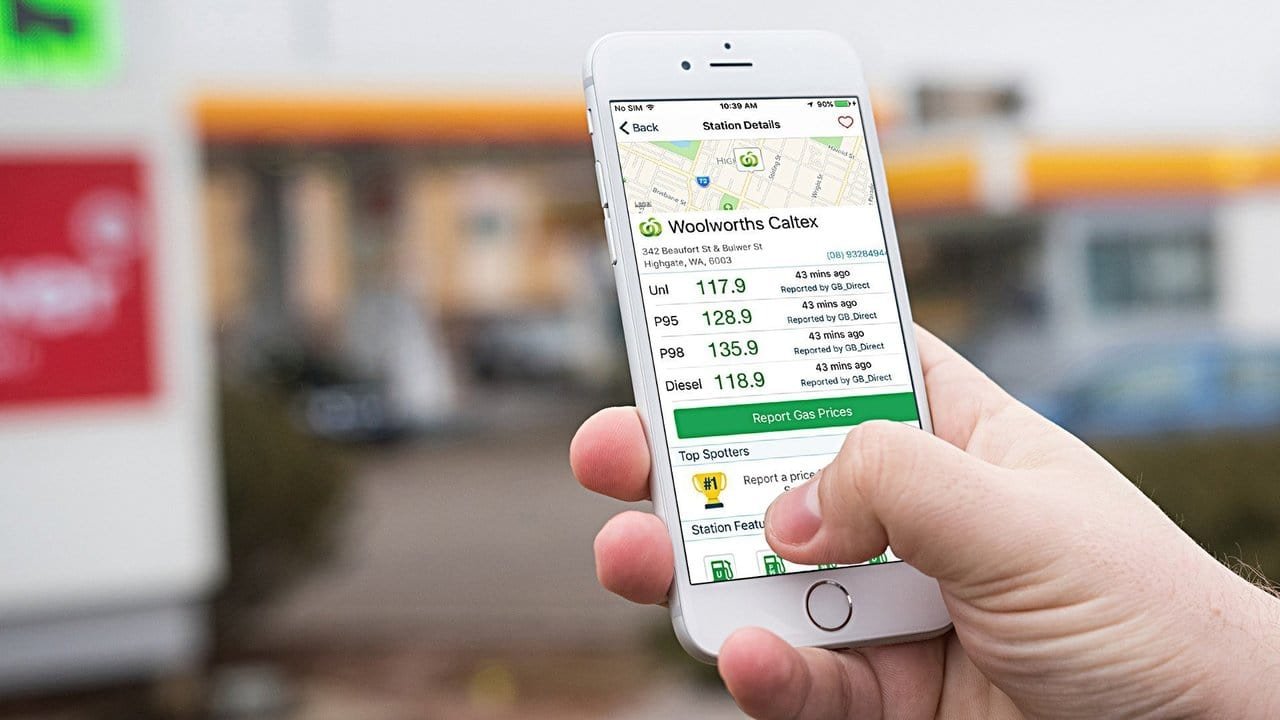 GasBuddy app, a popular fuel finding smartphone application with more than 15 million users in the US and Canada, has now come to Australia. This app is available free for iOS and Android users.

Have you been driving around Australia, mumbling to yourself about the cost of fuel? Travel in Australia is expensive and road trips could get pretty pricey – unless you know the best ways to save.

You want to save on fuel. So, you follow the basics – don’t crank the AC (surely, that’s not an option in summer!) and don’t drive around town aimlessly.

There’s now an easier way of saving on fuel than giving up on everything you enjoy.

For the first time, Australians have access to a smartphone app that helps them hunt down the cheapest fuel at fuel stations around Australia.

GasBuddy app shows where the cheapest petrol or diesel or LPG station is around your area.

Smartphone users in the US and Canada are currently responsible for generating around 15 million fuel price reports each month with the GasBuddy app. The company is hoping to repeat its success in the Australian market.

Australia is the first launch market outside the United States and Canada for the GasBuddy app.

Here’s how the GasBuddy App works:

The app collects price points at petrol stations around the country, using crowdsourced data. Based on this information, it shows how much different service stations charge for fuel.

Whenever a user uses a service station, they can use the GasBuddy app to confirm or report petrol prices at that station. The company offers incentives for doing this, in the form of points earned to potentially win $100 in free fuel in a daily draw.

The app then organizes these details and shares them with all Australian GasBuddy app users.

According to Nic Moulis, GasBuddy Australia’s country manager, trials in the Sydney market involving about a thousand testers had been successful. The company’s goal is to reach 500,000 Australian motorists within a year.

“In our view, the first few weeks of download will be strong and the consumer will engage directly with this product and our product will start to get smarter and smarter,” Mr Moulis said.

The company has entered into a deal with Uber to place the GasBuddy app in 50,000 of its vehicles. It also plans to offer fuel giveaways to the tune of $36,000, to entice motorists into using the app.

GasBuddy was started in 2000 as a website that shared community fuel prices. It’s the brainchild of Dustin Coupal and Jason Toews, two Canadian university students.

In 2008, the website was converted into an app and thousands of people subscribed. In 2013, GasBuddy was acquired by OPIS (Oil Price Information Services), a petroleum information pricing firm.

Being a free app, GasBuddy makes money from native advertising and real-time price data sets. In the US, car companies are their biggest customers, as they use this data to feed the fuel information systems in their cars.

Moulis said he is confident the crowdsourcing model would work in Australia.

GasBuddy has several authentication practices in place to make sure the reports it receives are genuine. It examines how far the person reporting is from the petrol station, it compares the prices being reported to average prices in the area, it takes into consideration the credibility of the user reporting the prices and also uses external data sets like retailer price reporting.

Australian Media reports that up to 30 entities have already expressed their interest in using the data from the app.