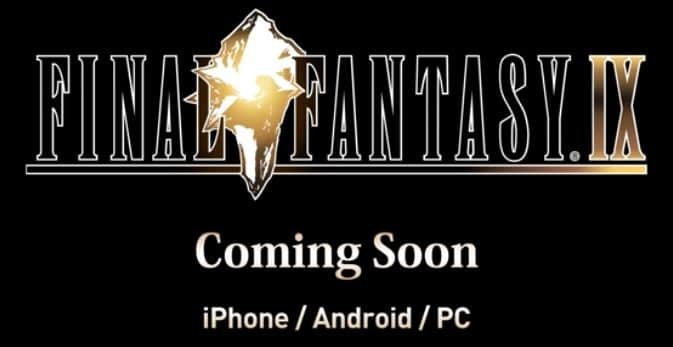 Final Fantasy IX For PC and Smartphones: Square Enix To Release The Game in 2016

Square Enix recently announced that Final Fantasy IX will be released for the PC, and iOS /Android smartphones in 2016. If you’re a Final Fantasy fan, then this is some really good news to start your new year with.

The Final Fantasy IX is considered to be the best game in the series by many die hard fans. Square Enix announced that the game will be making its way to Japan first.

A worldwide rollout should soon follow as fans everywhere would love to play the game. Several other Final Fantasy games are available for PC and mobile worldwide.

The game is said to have high definition graphics, better gameplay, new achievements, high speed mode, auto-save and several other awesome features. It’s not just going to be a simple port, but a proper game made for PC, Android and iOS.

To play Final Fantasy IX on iOS, you’re going to need a device running iOS 7 or later, which is pretty much every iPhone after the iPhone 4. It’ll also work on the newer iPod Touch (5th and 6th gen) and iPad 2 or later. On Android, your smartphone has to be running version 4.1 or later.

Square Enix hasn’t announced the proper release date for the game, but we should see it available for PC, Android and iOS in the coming months. Are you excited to play the game on your PC or smartphone