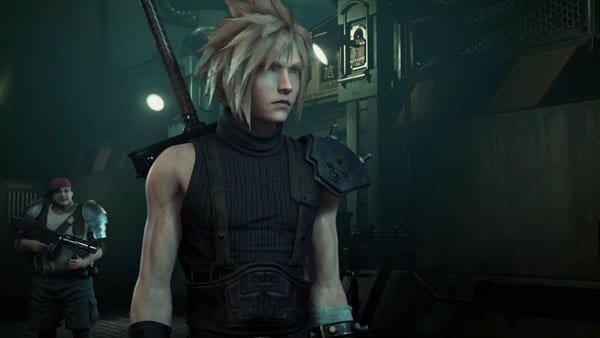 Did you ever expect that Aerith Gainsborough will die in your favorite Final Fantasy 7 game? If you ask that question to any player, he will say that the death of Aerith came as a big shock. Yes, even today after 20 years of the game’s first release, we are finding it difficult to digest her death. While this is on one side, we all know that Square Enix is working on the Final Fantasy 7 Remake.

This is indeed a heart-breaking news. The feature in Polygon with the makers of the Final Fantasy 7 franchise said that Director Yoshinori Kitase and Tetsuya Nomura, the visual director of the game initially had plans of killing all the characters in the original game. Did he just say killing all characters? What a bloodshed would that have been to witness Cloud Strife, Lockhart, Wallace, Kisaragi, and Shinra’s group ‘the Turks’ and all our favorite ones? The very thought sounds gruesome, isn’t it? Like in Star Wars: Rogue One or the Final destination where all are doomed to die!

However, the Visual Director, Nomura said that after serious debates, the producers settled with killing just one but an important character in the game’s disc-1. It is still an unbelievable moment for most of us to see Sephiroth kill Aerith, the healer. One can say that it was such a controversial death in the whole of the video game history.

The Plane Crash Plan In The Original Plot

Nomura also added that in the last parachute towards Midgar, the producers originally planned to kill all the characters with a plane crash. However, the lead writer, Kazushige Nojima proposed Aerith’s death and everyone accepted the idea. Director Yoshinori Kitase was able to recall about writing such a dark storyline only after Nomura explained. After all, it’s been 20 years since the release of the original game. Nomura also added that the team wanted to kill them all, except for three characters of the “player’s choice”.

Will Final Fantasy 7 Remake Be A Blood Bath?

The remake is going to bring us interesting developments in the game to celebrate the anniversary of the franchise. The Final Fantasy 7 Remake is will come in three releases. If the plan to kill characters as a thought for the original version is implemented, the game will be getting darker. We may not know, we can even find a few escape from the plane crash. Indeed we can have multiple endings to the game which was not possible with the PlayStation1 of that time.

Square Enix Will Stick With The Original FF7 Plot

However, the feature from Polygon also revealed that Square Enix will use the same plot as in the original game release. This implies that we will watch onlyAerith, die in High Definition and not all our favorite characters.

Also, the if all characters die, it will affect the story continuity of all the feature films and spin-off versions that came after the original game. There is no word from the Square Enix team regarding the official date of release of Final Fantasy 7 remake. But the good news is that we will hear more from Nomura on February 19, 2017, at the Monaco Anime Game International Conference