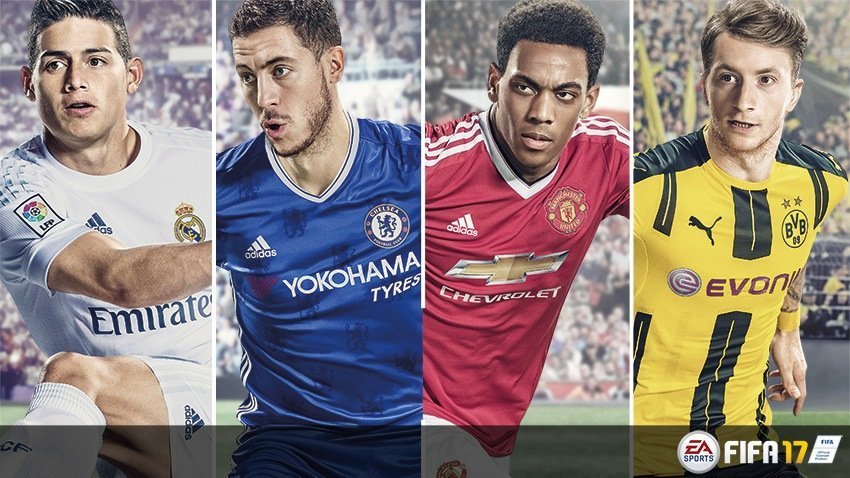 EA has announced more details regarding FIFA 17 at an event during E3 2016. The latest game in the franchise will get an all-new story mode, known as ‘The Journey’.

In the new story mode, you will play as Alex Hunter, who’s an upcoming football star. You will get to live his life on and off the field, making it a rather new way of playing FIFA. Here’s the full FIFA 17 trailer that was released by EA;

EA Sports recently released a new gameplay trailer for FIFA 17. The video shows how different the players look, the new dynamics, and much more. This was all possible thanks to the FrostBite Engine.

Update – June 12, 2016 – Electronic Arts has announced the FIFA 17 release date. The latest installment in the FIFA franchise will use a new game engine. The new engine should make the gameplay more realistic and bring more emotions to the characters.

The new FIFA 17 will be released for PS4, Xbox One, Xbox 360, PS3, and PC on September 27 in North America. In other parts of the world, the game will be launched on September 29.

EA has also released a new announcement trailer that shows the new graphics, and it actually looks quite good. Definitely an improvement, as FIFA fans would say. Andrew Wilson, the CEO of EA, stated that the new game will be a ‘major leap forward in personalization, immersion and competition‘.

FIFA has come a long way since the first game, the graphics have improved a lot, and the realism has become, well, very realistic. EA hasn’t given a lot of details about what to expect from the new game, but the short trailer does show a little of the game will be.

With FIFA 17, EA is shifting to a new game engine, called Frostbite. That’s the same engine that EA uses for games such as Battlefield, Star Wars: Battlefront, Need for Speed, Dragon Age and plenty of other titles. Previously, the FIFA games used the Ignite engine, which was good, but EA wanted to change to Frostbite from some time. David Rutter, executive producer, stated;

“Frostbite unlocks a whole new world of possibilities for the FIFA franchise and its fans. We have never been as excited as we are today about the future of football and the experiences we are going to deliver in FIFA 17. Frostbite delivers authentic, true-to-life action, takes players to new football worlds, and introduces fans to characters full of depth and emotion.”

FIFA is one of the biggest selling games ever and makes a lot of money for EA, thus, shifting to a new engine that’ll make the game better, is a great move. Fans of the game most likely cannot wait to get their hands on the game, specially after watching the announcement trailer below;

The new game also gets contributions from real football players such as James Rodriguez, Anthony Martial, Eden Hazard, and Marco Reus. We’ll know next week what the new engine and these real player contributions has done to the game. Full reveal of FIFA 17 will be shown at E3 2016, during EA’s event on June 12.

If you’re looking to pre-order FIFA 17, you can do so now and choose between a Standard edition, Deluxe edition and a Super Deluxe edition. Learn more about these offers over here.

Once again, the FIFA 17 release date has been set for September 27 in North America. For Europe and rest of the world, the game will be released on September 29. It’ll be available for the PS4, PS3, Xbox One, Xbox 360, and PC.