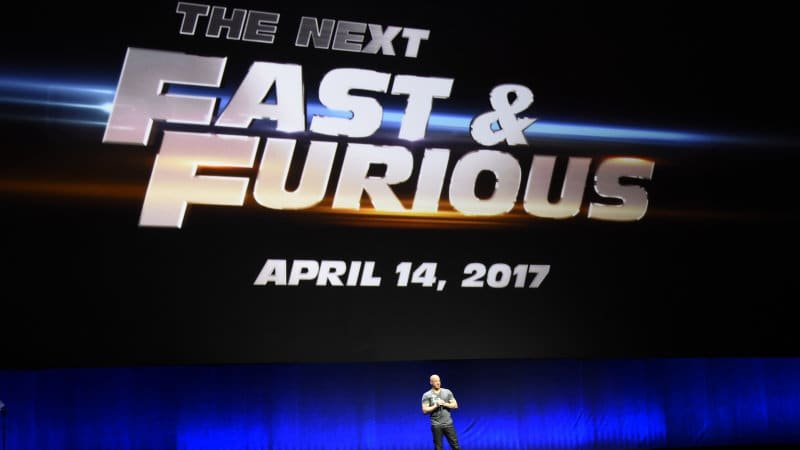 Fast and Furious 8 Rumors, Release Date, Cast: Vin Diesel to Star in a Solo Spin Off?

Fast and Furious 8, starring Vin Diesel and his family, is set to hit the screens on April 14 2017 and will take place in New York. The movie will be directed by F. Gary Gary, from the ‘Straight Outta Compton’ fame.

There have been several rumors about Paul Walkers return in Fast and Furious 8, but that’s not happening. According to NBC Universal Vice-Chairman Ron Meyer;

“Paul won’t be in it, but he’ll be represented in some form or another but whether his image is in it, I can’t tell you yet, but he won’t be in the film as a performer, as an actor, the way we did it last time. It will still be Fast and Furious, it will just be without Paul.”

In another recent interview with Variety, star and producer Vin Diesel suggested that there might be spinoffs of the Fast and Furious franchise. We’re not sure what characters will get an independent film, but it sure likes it would happen.

“We’ve written out story lines for various characters. We’ve been playing with it for a long time. It’s a very rich property and we’re committed to treating it with a lot of class.”

Fast and Furious 8 onwards, the series could take a Marvel approach and branch into solo character movies. Dwyane Johnson has shown interest in a solo movie on the adventures of Luke Hobbs. Universal Pictures Chairman Donna Langley has also spoken about branching out the Fast and Furious series.

“We’re certainly in conversations about how we can expand the franchise now. It’s an ensemble cast and there’s room to bring characters in and out.”

It would be a nice change for the series, as they have almost reached the peak when it comes to car stunts and action scenes. Vin Diesel also stated that Fast and Furious 8 won’t be like the previous movies and will have a darker theme.

Fast and Furious 8 comes out April 14 2017 and will star Vin Diesel, Tyrese Gibson, Ludacris, Michelle Rodriguez, Dwayne Johnson and Jason Statham. There will be 2 more after that, and hopefully more spinoffs and solo projects later on.