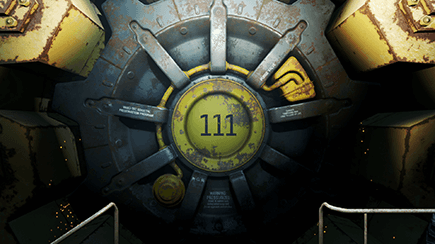 Like many other people I was lucky enough to receive Fallout 4 a day before its actual release. Meaning that I had an entire day to roam the Boston wasteland before other vault dwellers would come hoarding out behind me, and by that I mean all you other gamers (it’s a metaphor, come on keep up). At first I was going to write a review, but then realised it would be impossible to review something that I had only just scratched the service of. So here are my thoughts on my first day of Fallout 4:

Next Gen Consoles For a Next Gen Wasteland

Of course the first thing you notice when you start the game is the graphics, and by notice I mean you’ll be amazed by. In previous Fallout games minor graphic flaws would be acceptable due to the sheer amount of detail and surroundings on screen, in Fallout 4 you now have all of that with crisp updated graphics.

The power of a next gen console also means that loading times are shorter, and general play is a lot smoother. Though not too smooth, the developers have left a certain rawness to the style of play to make it still feel as though you’re still playing a Fallout game – and not gung-ho, Call of Duty style first person shooter.

A short prologue gives you the opportunity to create a character, and the user-friendly creator makes the whole process a lot quicker and effective. With so many variables to choose from you really can make a character like no other. Playing as a character that you’ve created goes a long way to make you more involved with the narrative. 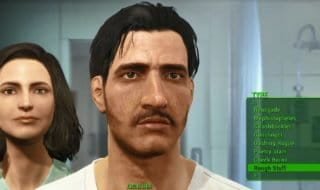 I’ve also noticed that when you find new clothes during the game it’s genuinely exciting, because there is some really cool stuff to find and make your character even more unique. For a while raiders were being gunned down by a postman and his dog, and before you ask I have no idea where I got that uniform from.

As I mentioned above it still feels very much like you’re playing a Fallout game, which I think will please fans of the franchise. You once again start in the vault (after a short prologue), which by this time is empty, and use the process of getting out as a short tutorial. 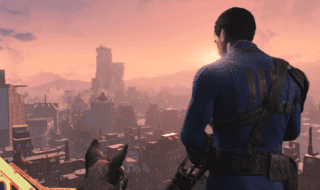 This is a chance for new players to get to grips with the controls, surrounds and generally get a feel for what is ahead of them. Veterans, you know the drill, time to go and raid the vault for all it’s worth.

When you get out of the vault you will be asking yourself two questions: Mission or explore? Where can I get a good gun? Both of which are valid, and personally I opted to do a few missions first, which in turn made me find some decent weapons in the process.

You will soon bump into ‘Dogmeat’ who will become your trusty canine companion, and with his ability to find key items and enemies, exploring has just become a lot more fun.

Much like the surroundings, the enemies and creatures I’ve come in to contact with feel very familiar, and this is in no way a bad thing. Engaging with raiders feels just as intense, and dealing with (or running away from) a variety of mutated creatures can be equally as heart pounding.

On my first day of Fallout 4 I did and saw a fair amount, whether it was being chased by a pack of radscorpions, sniping raiders or clearing a supermarket of ghouls. A quick heads up, the 2015 version of the ghouls run faster than Usain Bolt, so escape may not be a viable option.

At such a low level you will get killed a lot if you wander too far off track, and bump into some of the tougher enemies, but you can always come back at a higher level, with a bigger gun.

I won’t give any spoilers away at all, not that I have many to give but I’ll let you experience it for yourself. What I can say though is that the story so far is pretty engaging. You start the game and are quickly given the reason why you need to get out of the vault and start to explore the wasteland.

It won’t take you long to get on track with the main storyline, and once you’ve fallen in with a group known as the ‘Minute Men’ then you will be well on your way to getting set up for the rest of what Fallout 4 has to offer.

Of course Fallout has never been just about completing quests. You have a huge map full of locations, which are all packed with hidden gems (not literally), new weapons, valuable scrap and often is the best way to find yourself some good side quests.

Right this is the biggie, the game-changer, and reason that Fallout 4 is so awesome. After you do a few missions you can begin to build your own settlement, and its pretty damn good. In previous games junk was just junk, but now you see every item as scrap to help build your new fortress of solitude.

The actual creator for doing so is actually really good; it’s simple and responds really well, meaning that making a settlement feels like less of a chore and more engaging. You will get a number of short tutorial missions to help you on your way, and then it’s completely up to you to build whatever you want. 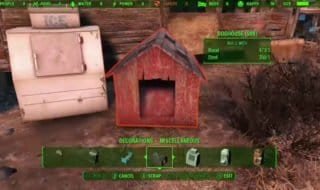 There’s also weapon crafting, which is an amazing addition. Now you can customise your weapons in a whole range of different ways by adding, scopes, grips, and other items to make it shoot further and hit harder. That’s providing you have the appropriate scrap parts to do so. 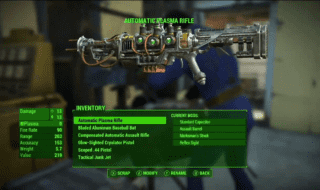 Fallout 4 is out now and I would highly recommend buying it. If you are a newcomer to the Fallout series or a fully-fledged wasteland veteran, you will be in awe of your surroundings and all it has to offer. Whether you want to explore the map in it’s entirety, or build the perfect settlement, Fallout 4 has something for everyone.