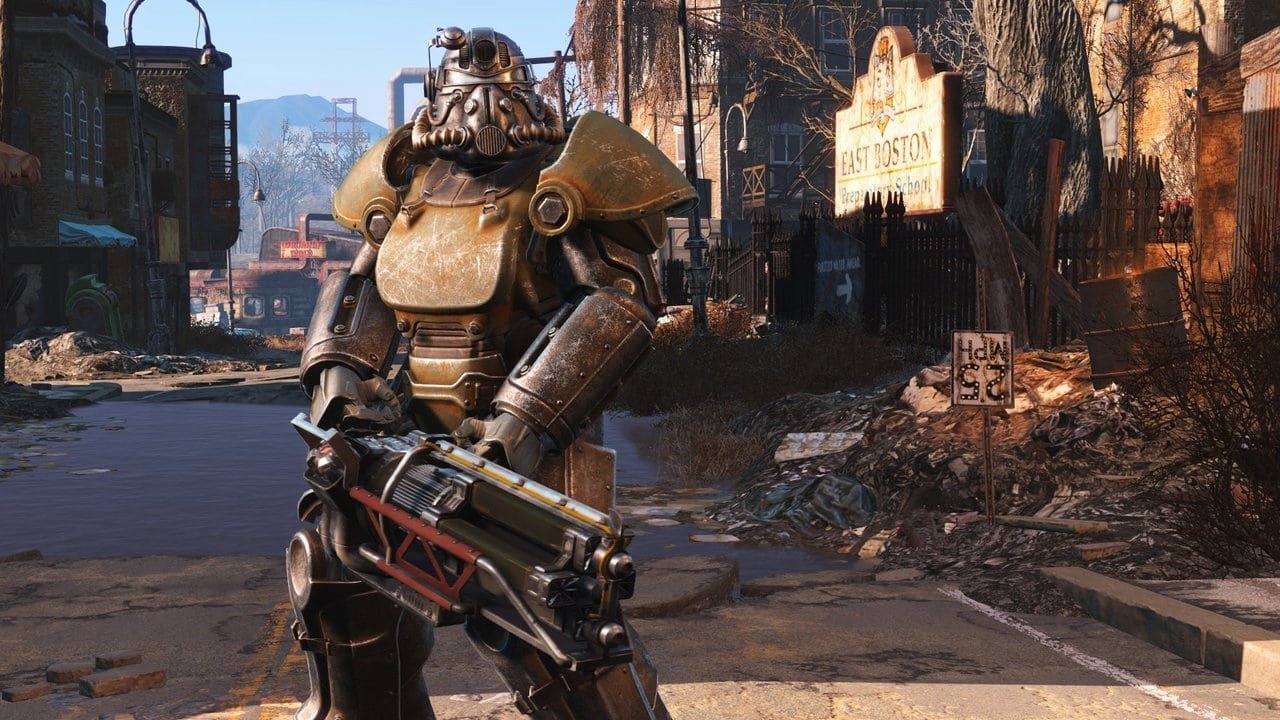 Best of ‘Fallout 4 Mods’ Update: Coming To Xbox One and PS4

Fallout 4 has a nearly endless amount of content. However, that hasn’t stopped modders from adding even more to the game. Fallout 4 mods have become incredibly popular for PC players, and some of the best mods have made waves across the internet. Unfortunately for Xbox One and PlayStation 4 users, modding isn’t available. Well, at least not yet.

In response to a fan’s question regarding modding on consoles, the official Fallout Twitter responded that some information will be coming soon. This is great news for console owners, as Fallout 4 mods not only add fun features to the game, but they can also improve the overall gameplay experience. The goal is to have the mods added to the game seamlessly, making them accessible to all players rather than those adept with modding.

Players should get excited about new mods coming as they offer a slew of new content for free. While it is not clear when modding will be made available, or even when more information will be released, there is some information for players to work off. For example, modding will come to the Xbox One before the PlayStation 4. This is because Fallout 4 runs on PC, which means that it runs on Windows 10. Windows 10 is also the operating system that the Xbox One currently runs on. So, making modding accessible for the Xbox One is going to be easier than the PlayStation 4.

Update on 06 Feb, 2016: Support for Fallout 4 shows no signs of slowing down and Bethesda is offering an upcoming official update that is due to add “destructible environments” to the PC version of Fallout 4, the modding community has also done its part in providing a steady stream of content for the game, with the latest mod making Dogmeat resemble Amaterasu from Okami.

Update on 05 March, 2016: In an interview with Game Informer, Bethasta director Todd Howard revealed that mod support for Windows version of Fallout 4 will be made available in April. Mods are already available for Fallout 4, but having full support from Bethesda would enable great content being available that isn’t available today. After Bethesda gets mods up and running on PC, it should see similar support being available for Xbox One and PlayStation 4 that will keep its audience well engaged on all consoles. Bethesda already revealed that there will be multiple packs of DLC made available, all of which will be available for purchase through a season pass. More information regarding the modding on consoles will surface when Bethesda addresses DLC for Fallout 4, keep checking our dedicated page for Fallout 4 DLC news and release date updates.