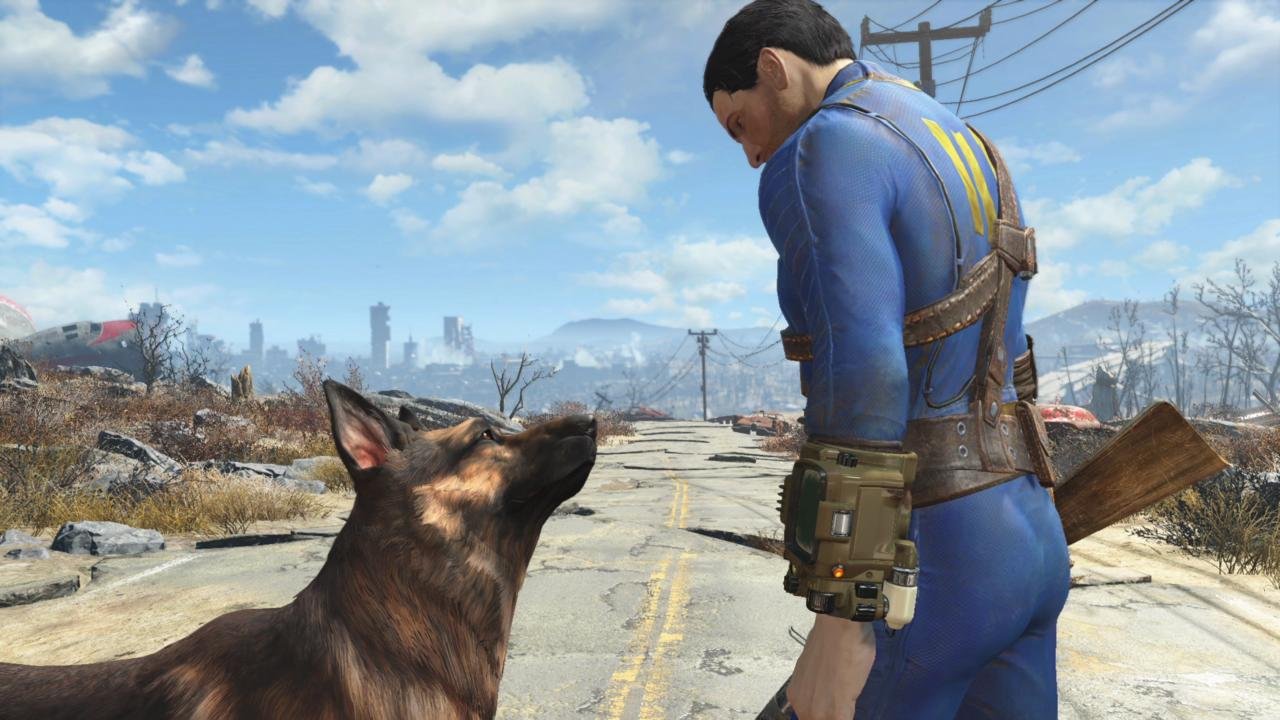 ‘Fallout 4’: Companion Guide, Armor, Curie – Where and How to Get Them

For most people Fallout games have always been about playing as a lone wanderer, and seeing who you meet along the way. In Fallout 4 the companions you align yourself with can be extremely helpful and not just a pretty face, or a hideous face in some cases. The unique perks they bring to your companionship can help you to get past enemies, doors and unlock safes you couldn’t do for yourself. They take a lot of weight off of your shoulders, literally, by giving your companion some of your heavier or unused items it leaves more room for new stuff.

So here’s a rundown of each companion to give you an idea of which one will be best for your playing style.

Some spoilers ahead about main storyline and quests, you’ve been warned. 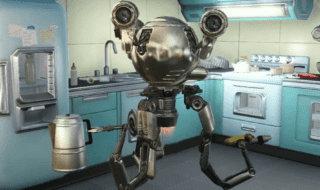 Codsworth is your pre-war Mr Handy robot. Whilst he may not be as helpful in combat compared to other companions, he can definitely hold his own with melee attacks.

To get the unique perk you will need to make Codsworth like you a lot more. To do so you generally have to be nice and generous while you’re with him, and working on your power armor seems to make him happy too. Make sure you avoid using chems, as it seems to be a big no no with him. 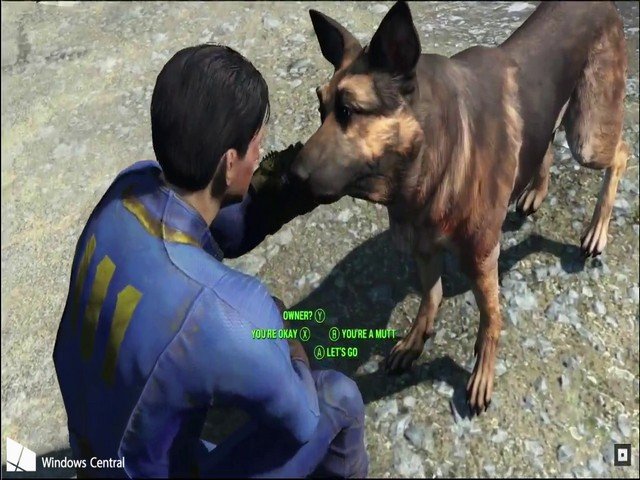 A man’s best friend, and in Fallout 4 Dogmeat can prove to be exactly that. Not only does he prove to be a trusty companion and decoy when under attack, you can also give him commands to fetch items and search areas.

Unique perk: Attack Dog – This will make Dogmeat bite and grab hold of an enemy, leaving them unable to move and vulnerable to attack. Some enemies may even get further damage to limbs and bleeding. This is one of the perks already on the perk tree but you will need Charisma level 4 to unlock it.

The leader of the Minute Men, a group of people who have made it their duty to protect settlers across the wasteland from raider attacks. Meeting him will not only start you off on the Minute Men storyline, but will also give you a helpful companion equipped with a laser musket.

Location: Museum of Freedom in Concord

You will need maximum affinity with Preston to unlock this perk so it’s helpful to know that he appreciates peaceful, generous and sometimes mean behaviour. If you want to unlock that perk quicker then build more settlements as it’s what he seems to like the most. 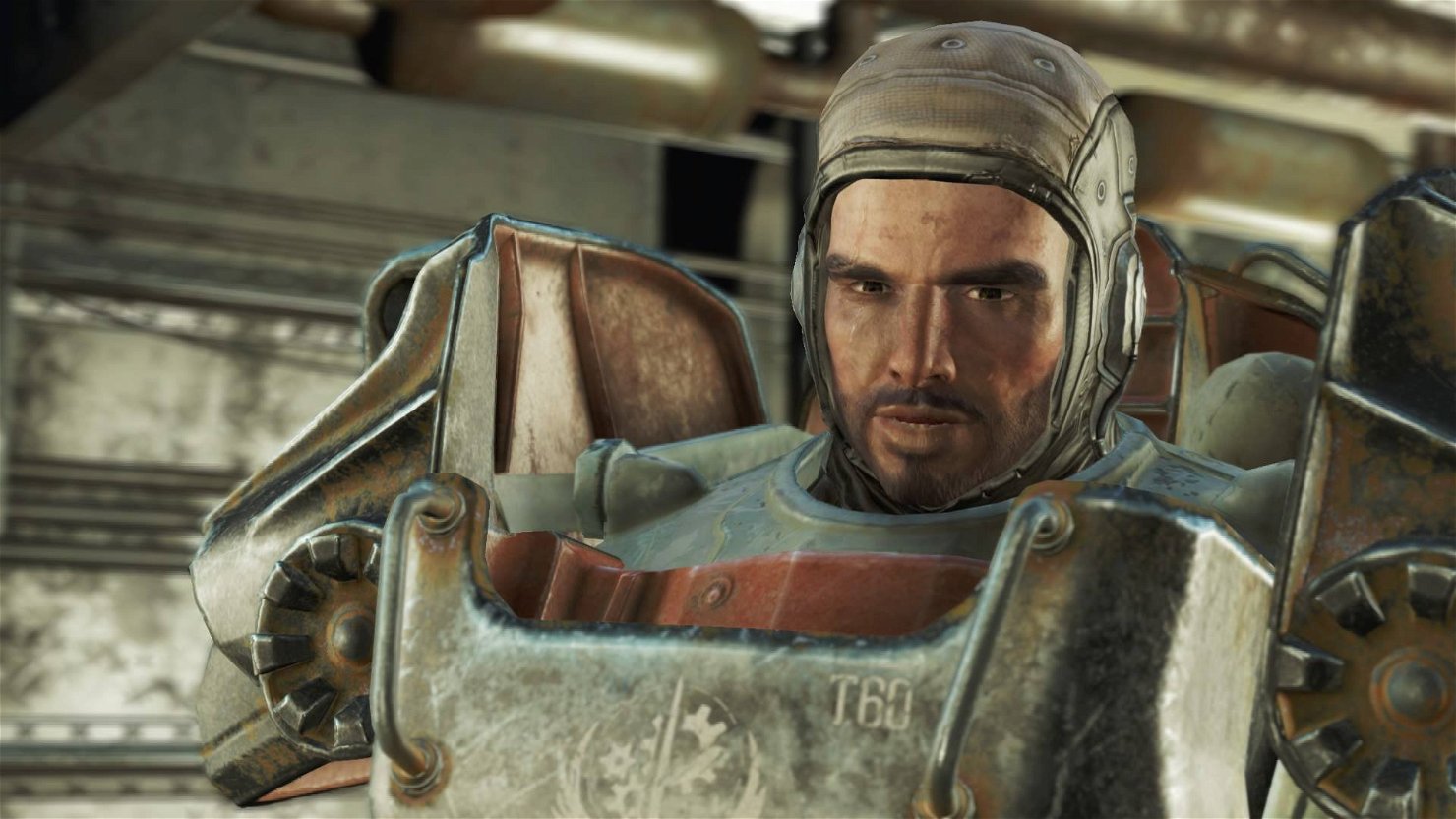 As companions go, a paladin in the Brotherhood of Steel is one of the best you can get. Danse is equipped with power armor that doesn’t run out of power, and he’s ideal to have with you in both mid-range and long-range combat.

Meeting Paladin Danse is your way of getting into the Brotherhood of Steel, and by doing so completing quests to increase your affinity. Once you have full affinity with him you will unlock the Know Your Enemy perk.

Piper is a journalist and runs a newspaper called ‘Public Occurrences’, you’ll meet her once you’ve made you’re way to Diamond City. She isn’t the best companion if you’re planning an all out attack, but she can definitely be helpful in some hostile situations. She will come in handy in you’re exploring busy locations such as towns or settlements.

To get on her good side you will want to act generously, and be assertive or mean to get what you want. Avoid being violent or too peaceful.

Nick Valentine is a synth and private detective from Diamond City. In a fire fight he’s pretty average, not good but not bad either. His best attribute is his ability to hack high level terminals, and he’s the perfect companion if you find a terminal that you’re unable to hack yourself. This could be to open doors, activate robots or turn off enemy turrets – all of which could make a make a huge difference in a variety of situations.

Unique Perk: Close to Metal – Whilst hacking you get one extra guess and an addition 50 percent off cooling down times.

To get the perk you’ll need to get maximum affinity with Nick and also complete the side quest ‘Long time coming’. Nick will like both nice and mean behaviour, but not to an extreme.

A fiery red-head cage fighter with a chem addiction may not sound like the best companion, but she can prove to be very helpful when you find yourself in some tricky situations. She isn’t as good in a firefight as some of the other companions, but her ability to pick higher level locks make her a worthwhile choice.

Unique Perk: Trigger Rush – Your action points will go back up quicker when your health is below 25 percent.

Complete ‘Benign Intervention’ side quest and get maximum affinity. She appreciates mean and selfish behaviour, and acting peacefully or generously will have a negative effect. Also picking locks will help.

Hancock is a ghoul and mayor of Goodneighbour. At first he may seem strange and it’s unclear whether he will be an enemy or friend, once you get him on-side he can prove to be very valuable as an ally.

Unique perk: Isodoped – if your Rad damage is 250+ then your health will regenerate 20 percent faster.

He likes generous behaviour and seems to have no issue with violence towards others, but he isn’t a fan of mean and selfish behaviour. So you can shoot someone, as long as you don’t do it in a mean way. Got it?

Curie is a Mrs Handy robot with what I think is a French accent, and roams the wasteland conducting research. In terms of combat she/it is only really useful in close or mid-range, but she does have really high intelligence stats that can prove to be useful.

Location: Vault 81 (complete ‘hole in the wall’ side quest), tell her you are Vault-tec security

Unique perk: Combat Medic – If you health falls below 10 then Curie will give you an addition 100 health points.

To unlock this perk you will need to firstly complete the ‘Emergent Behaviour’ side quest, and increase affinity by acting in a nice, generous and peaceful way. 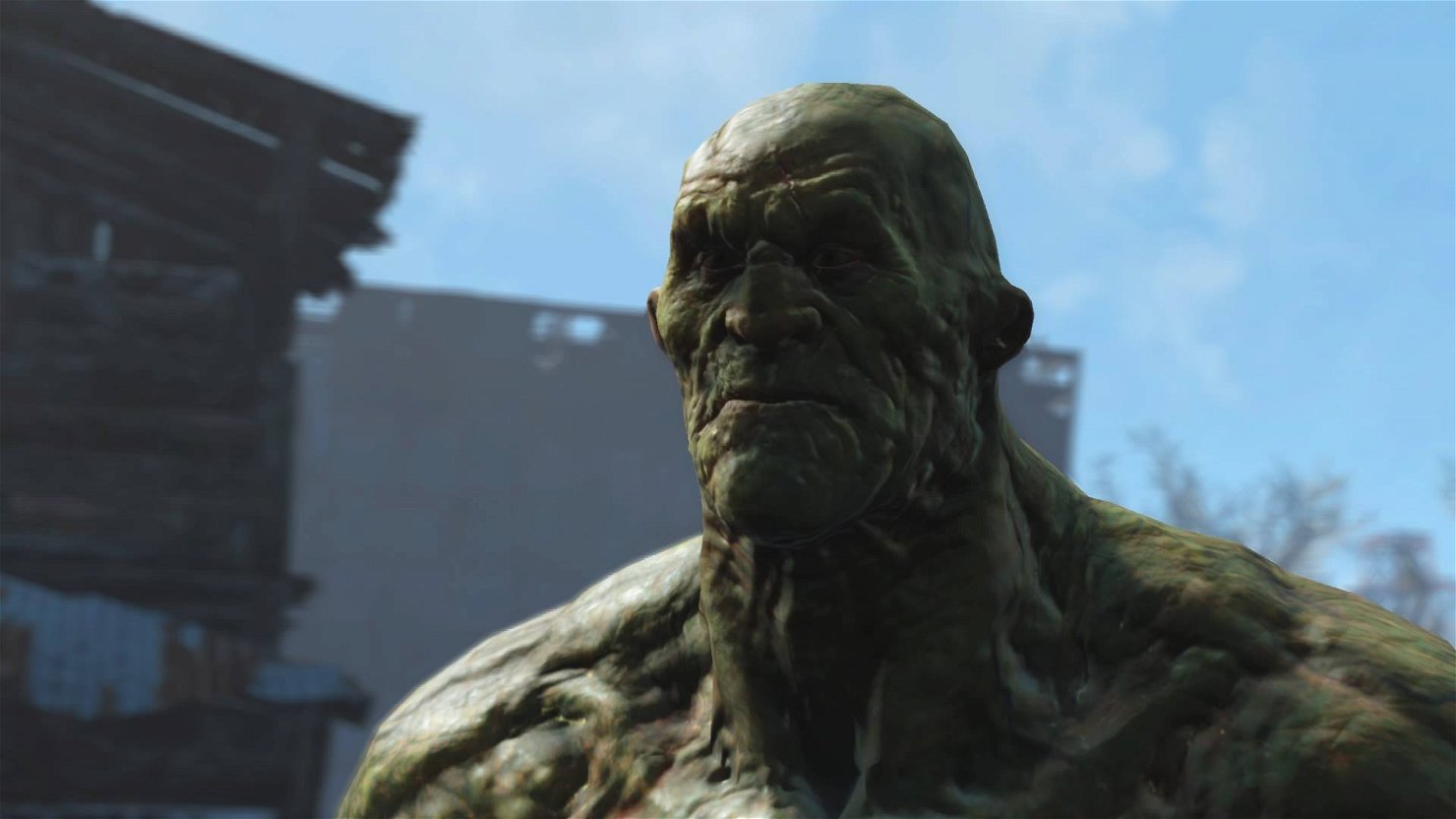 Strong is a super mutant which means he’s ‘strong’, brutal and useful with heavy weapons in a fight. Equipped with a huge hammer he is ideal for close combat fighting, so if you need to clear a building just send in Strong then scavenge from the mountain of bodies.

Location: Trinity Tower (complete ‘Curtain Call’ side quest and unlock him from the top floor)

Unique perk: Berserk – When your health falls below 25 percent you’re given an addition 20 damage points when using melee weapons.

As a super mutant he has no issues with violence, but appreciates generous and peaceful decisions. 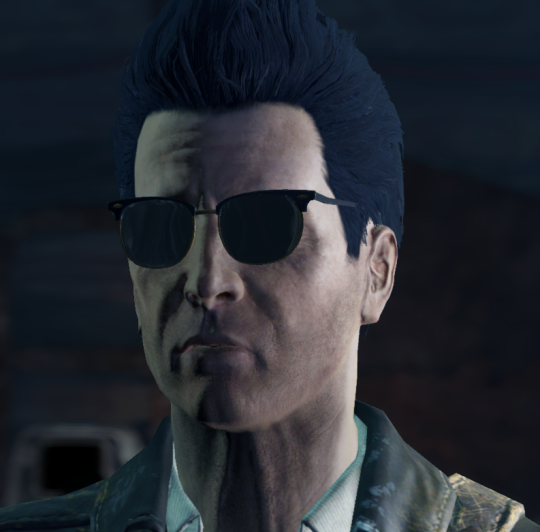 Deacon is a member of the ‘Railroad’, a underground group who’re trying to free synths from their creators. As a companion Deacon is perfect if you’re a stealthy player, which can often be ruined by clumsy companions. His sneaking and disguise skills are ideal if you want to keep in the shadows or off the radar.

Unique perk: Cloak and Dagger – You get an additional 40 percent to stealth duration and also an added 20 percent to sneak damage.

Deacon will appreciate kindness but isn’t necessarily against mean behaviour. Avoid violent decision or use of chems. 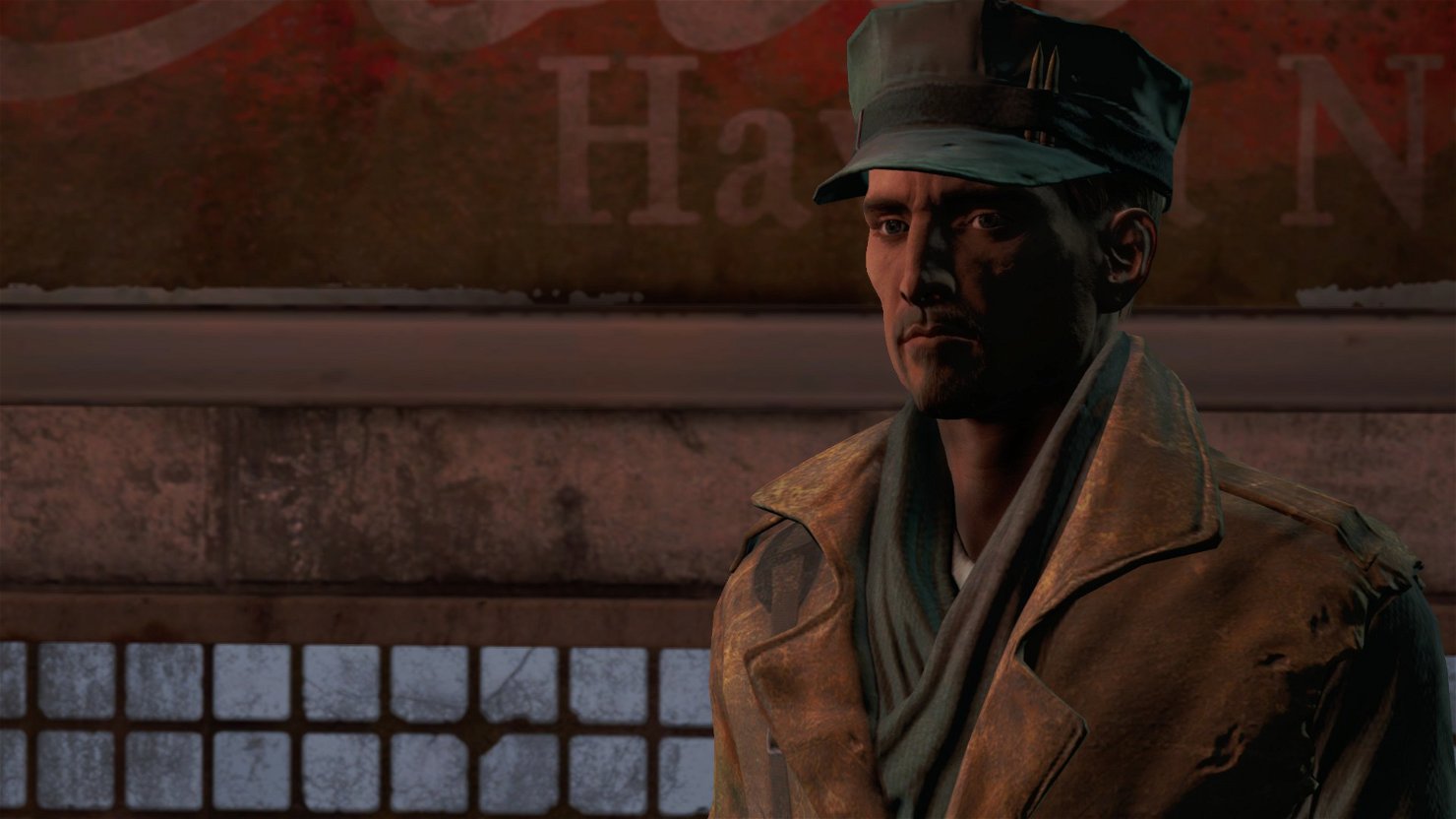 MacCready is a gun for hire at the price of 250 caps. If that’s in your cap budget then it’s a good investment, because he’s handy in a firefight and can take off heads from long range with his sniper rifle.

To unlock the perk you will need to complete the ‘Long Road Ahead’ side quest, and your best bet to get him to like you is violent behaviour.

X6-88 is a synth enforcer working for the Institute. As a companion he can be extremely useful by being proficient with energy weapons, but also because he has the synth ability to sense when enemies are nearby. Making it pretty much impossible for them to sneak up behind you.

Unique Perk: Shield Harmonics – You get an additional 20 points of energy resistance.

X6-88 appreciates selfish and peaceful behaviour, but isn’t fond of generosity and kindness.

With 13 different companions to choose from it’s well worth trying them all to see which one matches your playing style. Each offers a different skill set and abilities so having the right companion for a certain situation will benefit you massively.

Fallout 4 was released on November 10th for Xbox One, PS4 and PC.