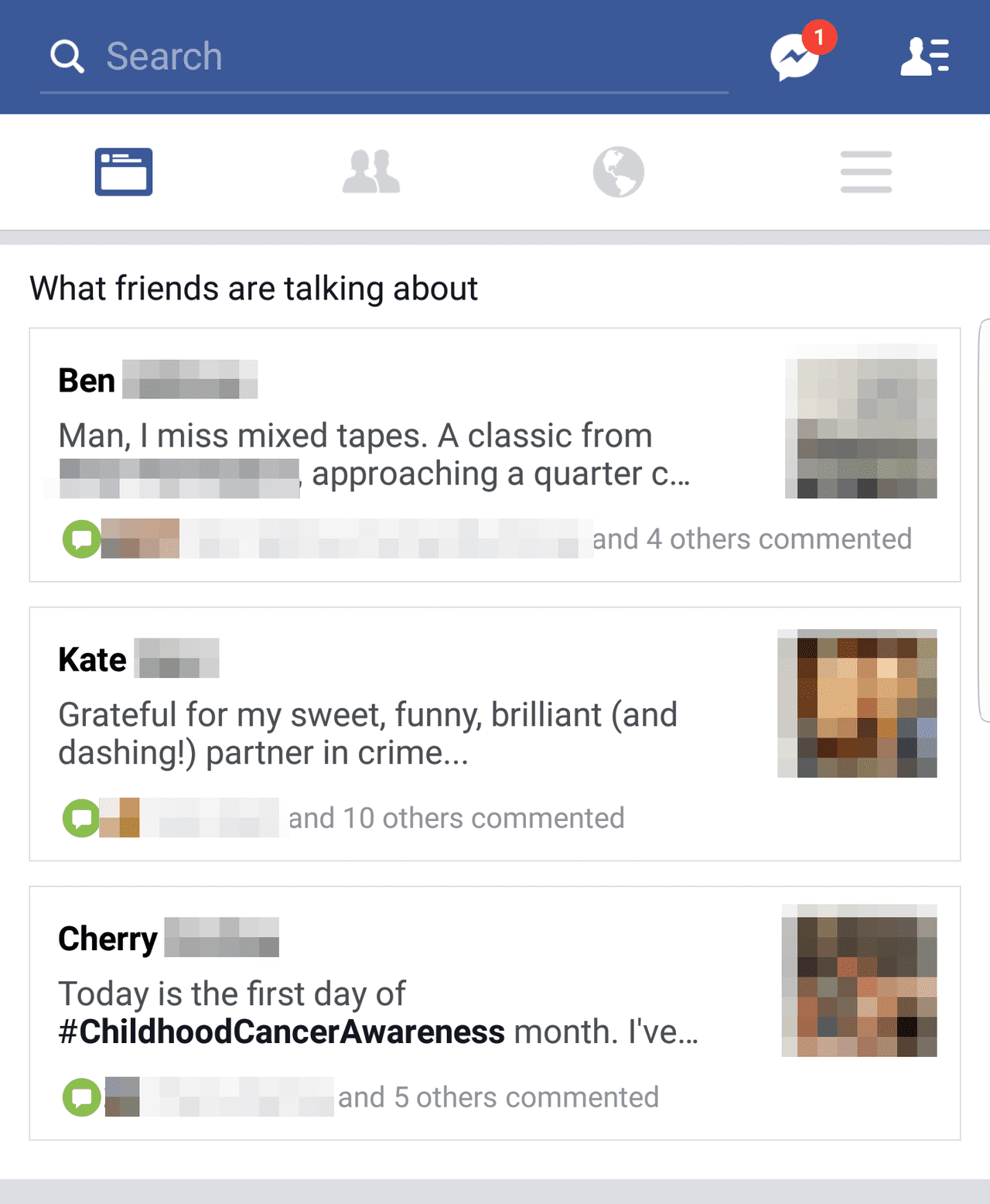 Facebook Trials Out New Social Interaction Feature: See What Your Friends are Sharing

Facebook is a social media platform that helps you connect to others in the world, no matter where they are. As long as they have Facebook, you can communicate. The 2004-born social networking site is like a high school reunion, family reunion, job fair and networking event all rolled into one. However, you often have to wade through a lot of information in your News Feed before you can see what your friends are posting or commenting on. There’s a new Facebook feature, though, ‘What friends are talking about,” that could make social interaction with your Facebook friends as easy and painless as sending a tweet!

Facebook is testing out a new Twitter-like function on some Androids where a few of your top friends’ posts are listed in a box on your News Feed.

What’s so good about the feature, besides the fact that it allows you to have more opportunities to comment without scrolling down endlessly? According to what Facebook has gleaned so far, it prompts people to interact with their Facebook friends more often.

It’s not unusual for Facebook to test out a new aspect of the site on a small subset of users. Back in September of 2013, Facebook eased out its new video format. If a friend shared a video, instead of it being static, it would start playing, with no sound, as soon as it was in your News Feed. Through some limited testing, they detected a 10% increase in overall user engagement because of this hands-free feature. Once they saw it had the potential to be popular, they slowly rolled it out to all Facebook users.

Facebook’s healthy competition, Twitter, often tests out some new aspect of the platform on a small section of users, as well. Just this year they tested a new feature that would help users get speedier customer care from businesses and brands they follow by highlighting on certain profiles when these followed entities were most receptive. This function was actually akin to a feature that Facebook had tried out a year before on Pages. During that trial, Pages that had quick response times and rates would get a badge that read “very responsive to messages.”

These two companies seem to have the social media market cornered when it comes to thinking of new and creative ways for social interaction. However, “newcomers” like Instagram and Snapchat are right on their heels with their ever-inventive ways for people to feel like they’re getting an up-close-and-personal experience when they communicate with someone, whether it be a friend, celebrity or brand.

We’ll have to wait and see if this new Facebook feature will be rolled out on a larger scale. In the meantime, not only can you continue to use Facebook as is, but you could go “old school” and actually pick up the phone and call them!