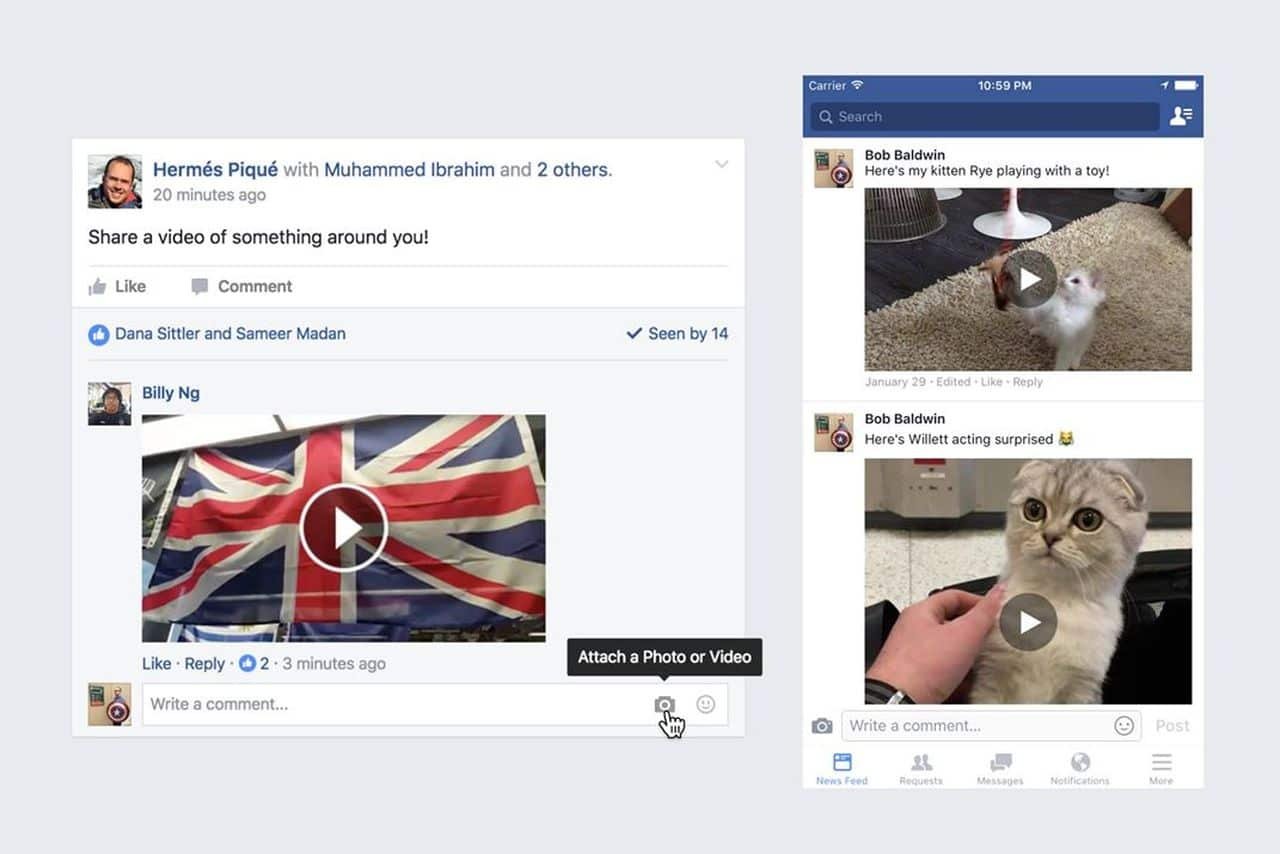 Facebook launched video comments, a feature which allows users to record a video and upload it to the Facebook comments thread. This should certainly make comments much more interesting and engaging.

Previously, only URL’s to the video would be allowed as a comment, which means you could upload the clip to your timeline, then use the link and add that as a comment.

But there was no option of posting a video directly as a comment – you could only add a photo.

Online video creation and consumption has increased tremendously and internet video traffic is expected to represent more than 80% of all online traffic by 2020.

Facebook has been focusing majorly on video over the last year. The social network introduced live streaming in January, added a dedicated video tab in April and even signed deals with publishers to produce videos every month.

This led to increased video views which had a positive effect on Facebook shares.

Even after all this, Snapchat’s video consumption was more than Facebook in the first quarter of 2016.

Video comments may be Facebook’s way of changing this scenario in its favor.

Whatever the reason, Facebook’s new Video comments feature is something users have always wanted. If you look at Facebook’s help section, you will find that users have been asking questions related to posting videos directly in the comments thread. So this should make a lot of Facebook users happy.

Click the camera icon next to the comment field and now instead of just a single option for uploading images, you will be able to see the upload “video” option.

You can upload your own video clip to your friends posts, on pages you follow, within groups and events; using either the website or Facebook’s iOS and Android app.

According to Facebook’s blog post, this new Facebook comments feature was prototyped in a single day during Facebook’s 50th Hackathon in February of this year. The team that built the prototype also included core hackers.

This feature was honed over the past few months, and according to Bob Baldwin, a Facebook engineer, was “no small feat to add support across interfaces and within two heavy traffic services, like comments and videos.”

The Facebook comments feature has now been officially launched on June 9, 2016.