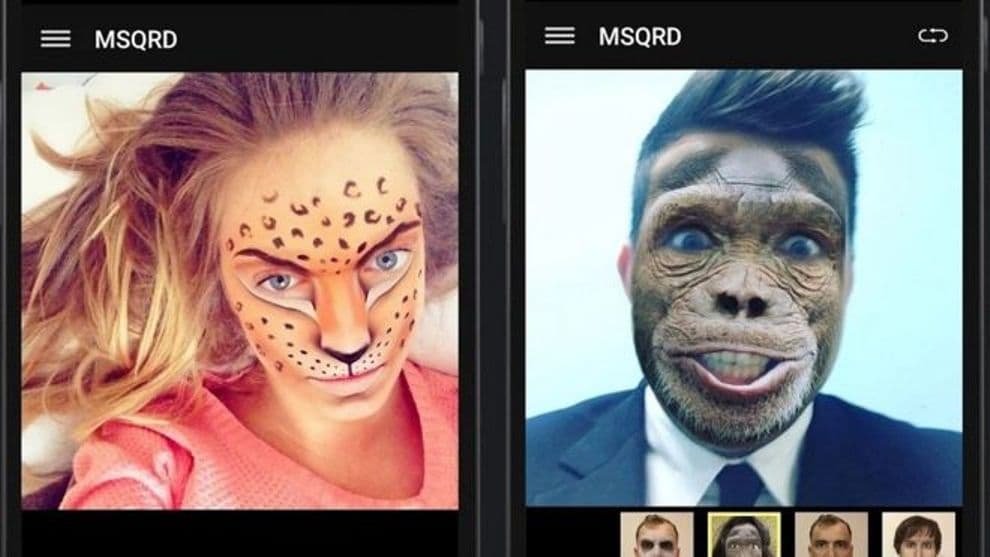 Facebook selfies are about to get weirder, with Facebook acquiring Masquerade, also known as MSQRD, a brand new startup that has become a bit of a sensation in the last few months.

You can turn into a monkey or look like Leonardo DiCaprio at the Oscars. You can swap faces with your friends.. you know… your body with your friend’s face. You can record creepy face videos. You can basically have lots of fun playing with these overlays.

The startup was launched in 2015 on iOS and the Android version of the app was released earlier this month.

Facebook has plans to bring these face swapping filters to the Facebook app in the future, but also intends to keep Masquerade operational as a standalone free app.

These effects will be joining Facebook’s other creative tools, like photo filters, finger doodles and stickers.

A Facebook spokesperson said, “Masquerade has built a fantastic app, MSQRD, with world-class imaging technology for video. We’re excited to welcome Masquerade to our team and continue enhancing the Facebook video experience.”

Everyone, including celebrities are going crazy over this new app on the App Store, making it the most popular app. With a consistent rating of five stars, the app has stayed at the top of App Store’s charts.

Masquerade is a very new start-up, which has been hugely successful in just a couple of months of its launching.

The people behind Masquerade said, “At Masquerade, we’ve worked hard to make video more fun and engaging by creating filters that enhance and alter your appearance. Now, we’re excited to join forces with Facebook and bring the technology to even more people. Within Facebook, we’re going to be able to reach people at a scale like never before.”

Masquerade’s filters are being compared to those of Snapchat, which Facebook tried to buy in 2013.

Marc Zuckerberg wearing an Iron Man mask, welcoming the MSQRD team to Facebook. Click on the image to watch the video.