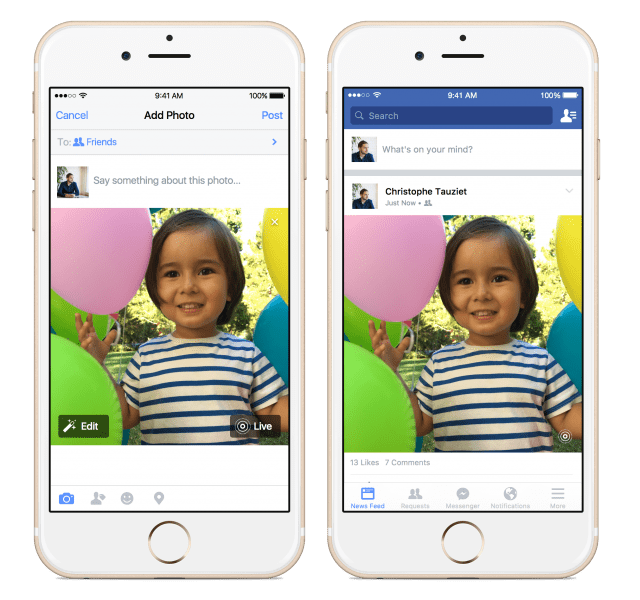 Facebook iOS app is being updated with support for Live Photos. With the new Facebook app Live Photos update, anyone with an iOS device running iOS 9 or later can view Live Photos. The rollout has just begun, so it could take a while before you get the update.

Apple introduced Live Photos with the launch of the iPhone 6s and 6s Plus. Live Photos are basically moving photos that capture before and after moments of a picture. A short video clip is taken before and after the picture, which is then stitched together to form a moving Live Photo. The feature is only available on the new iPhones and uses 3D Touch to be activated.

In the new update, users can post Live Photos from the iPhone 6s or iPhone 6s Plus. It’ll appear on Facebook with a concentric circles symbol on the bottom right corner.

Once the photos is uploaded, anyone with an iOS device running iOS 9 or later can view the Live Photo. Simply tap and hold on the photo to see it come to life.

As mentioned before, the rollout has only just begun and it might take a while for everyone to get the Facebook app Live Photos update.