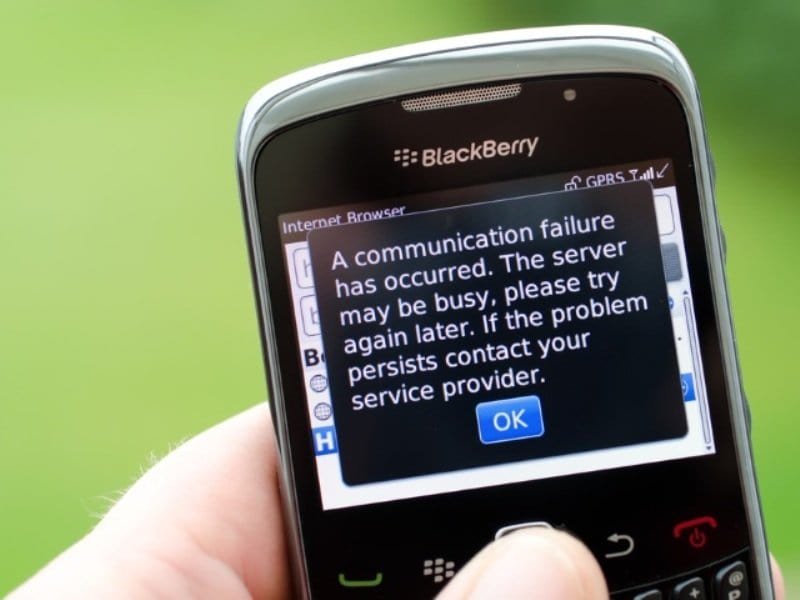 If you are the proud owner of a BlackBerry 10 or a BlackBerry OS handset, there’s a big change coming your way on March 31. Your Facebook app will stop working on that day.

BlackBerry is disappointed after Facebook announced its decision to discontinue support for its social media apps from the mobile platform.

BlackBerry users have seen the drama unfold over the last few months.

First it was Facebook-owned WhatsApp that announced its decision to part ways with BlackBerry 10 and BBOS apps by the end of 2016, with a simple parting message:

While these mobile devices have been an important part of our story, they don’t offer the kind of capabilities we need to expand our app’s features in the future.

To be fair to surprised BlackBerry users, rumors of this happening have been making the rounds for some time, though an element of disbelief is understandable because Facebook and WhatsApp make up five out of the top ten free BlackBerry apps on the App Store.

Facebook – which last year crossed the milestone of 1 billion people using their site in one day – is pulling all its services from BlackBerry’s already suffering platform.

According to BlackBerry, “the private API used on the native Facebook app for iOS and Android is no longer being offered to BlackBerry.”

So BlackBerry Users, What Does This Mean For You?

What this means is that BlackBerry 10 and BBOS users will lose support for BlackBerry Hub integration, Facebook contact syncing and the ability to use the share button for sharing media on the social media platform.

With this, we see the end of BlackBerry’s official Facebook app.

But there is some consolation.

BlackBerry 10 and BBOS users can continue to have access to Facebook after March 31, by replacing the official Facebook app with a new native app that will direct you to the web version of the site.

If you’re still interested in continuing to use Facebook on your BlackBerry, which is more than likely, BlackBerry suggests that you download the update from the appropriate BlackBerry World listing of the Facebook app.

By doing this, BlackBerry’s native support Facebook app turns it into a link to a Web-based version of Facebook.

BlackBerry says, “Those wishing to continue using Facebook are encouraged to move to the web-based experience which will provide the most feature rich alternative.”

“It is strongly recommended that users update to this version, as older versions of Facebook will stop working on March 31, 2016.”

BlackBerry, which has been the choice of phone for the likes of Hillary Clinton, continues to be positive.

“Despite this, we have worked hard to ensure that our end-users have the best experience in light of this decision, and we are continuing to search for alternate solutions.”

The company has announced in a blog post that as a way of supporting the BlackBerry developer community and promote new apps, it will be featuring some of the best native apps on BlackBerry World in a list called “Great Apps on BlackBerry.” This list will feature 20 apps for two weeks, once a month.

BlackBerry is doing everything it can to ensure their many BlackBerry customers have the best OS and apps possible.

Here are the links for updating to the Web-based version of Facebook:

Upgrade for BlackBerry OS 7.1 and earlier