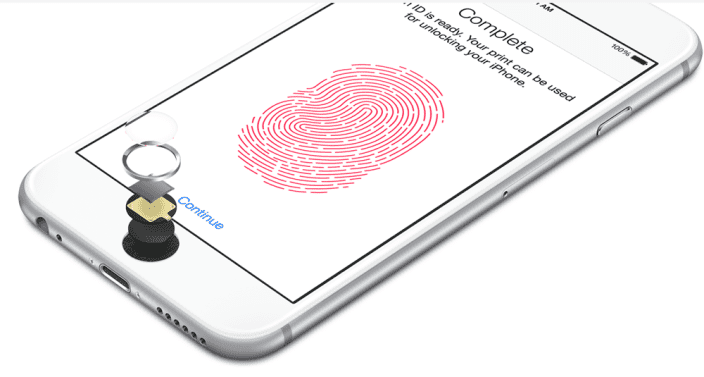 The Error 53 isn’t new, but it will brick your iPhone 6 or 6 Plus while updating to iOS 9 or later, if it had ever undergone a third-party TouchID repair.

This isn’t actually an error, but rather a security measure put in place by Apple to make sure your TouchID information is secure. It happens when you try to replace the TouchID Home button or the cable connecting it to the motherboard.

However, Apple doesn’t mention this anywhere, it doesn’t tell you that if you perform a third-party TouchID repair, and update to iOS 9 or later, your device will be bricked. There is no warning!

An iPhone in a bricked state will show ‘Connect to iTunes’ and there’s nothing you can do to bring it back to life. Apparently, this Error 53 has been happening to a lot of people, a support page on iFixit has over 180,000 hits. A support document on Apple does say that Error 53 is a hardware issue, but it doesn’t give any more details.

So why hasn’t Apple ever mentioned of this? Of course, they do ask you not to get your iPhone repaired from a third party repair service. And yes, that voids your warranty and you can’t even go back to Apple to get it fixed. It is kind of unfair, the least Apple could’ve done, is made it possible to bring the device back to life.

The Guardian reports that several countries don’t have a lot of Apple Service centers, which is why people have no choice but to get their broken iPhone fixed at a local store. A Guardian reporter also faced the same issue when he was in a place where there weren’t any authorised Apple service stores and had to get his iPhone fixed immediately. However, few weeks later, when he updated his iPhone 6 to the latest version of iOS 9, it showed the error and didn’t do anything.

What is iPhone Error 53?

When the TouchID on an iPhone 6 or 6 Plus is repaired or replaced, the pairing is re-validated with the iOS 9 software by Apple technicians. This doesn’t happen when repaired by a third-party, unauthorized technician. Now, when the software checks the TouchID hardware and it doesn’t match the original values, it just locks you out and leaves the user with a paperweight.

The TouchID sensor has unique codes that doesn’t allow others to bypass and break into your device. We appreciate that Apple, but bricking a device and providing no support whatsoever is bad. Apple shared this statement to AppleInsider;

“We take customer security very seriously and Error 53 is the result of security checks designed to protect our customers. iOS checks that the Touch ID sensor in your iPhone or iPad correctly matches your device’s other components. If iOS finds a mismatch, the check fails and Touch ID, including for Apple Pay use, is disabled. This security measure is necessary to protect your device and prevent a fraudulent Touch ID sensor from being used. If a customer encounters Error 53, we encourage them to contact Apple Support.”

What to do if I encounter Error 53?

Well, to be honest, there’s nothing much you can do. Once your iPhone is bricked, you can either use it as a paperweight, or try to beg Apple to replace it for you. You’ll have to pay a fee though, an expensive fee.

Apple has now come forward and is asking anyone who encounters the Error 53 to contact Apple Support. Let’s hope they have a good solution to this, that doesn’t involve purchasing a new iPhone.
Lawyers in the U.S believe that Apple could even be sued for having customers left with a bricked, unusable phone that they paid so much for. As Apple didn’t tell its customers of this error, it could be viewed as an offence under the Criminal Damage Act 1971. It’s like Apple is destroying your property and it wasn’t really your fault as you didn’t know about it.
Share Tweet