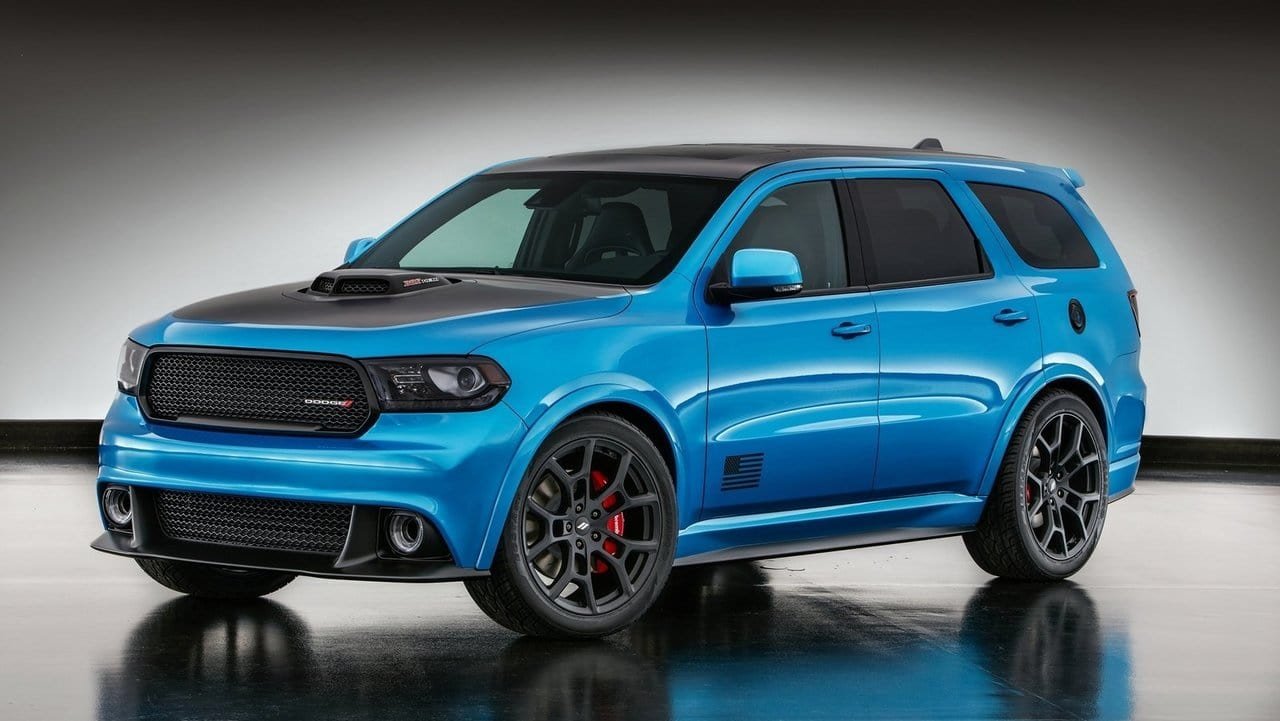 Dodge unveiled a Durango concept car in the 2016 SEMA show that is nothing but incredible. It is the Dodge Durango Shaker concept and it’s everything a high-performance Dodge SUV should be. It borrows a number of elements from the Viper, Challenger and Charger, making it a dream come true for enthusiasts looking for the best of all worlds.

Just one look at the exterior of this concept car shows nothing but power and aggressive masculinity. The B5 Blue paint borrowed from the Challenger blends nicely with the satin black on the hood, grille and lower bumper. The grille has a honeycomb mesh design that ensures good airflow without compromising on the looks.

To complement the satin black grille, the headlights have smoked lenses that complete the front end design. Like the name suggests, this Durango comes with the Shaker scoop on the hood – the first time this is happening on a car that’s not a Charger or Challenger.

Another key element in this car’s exterior is the custom fuel filler door. According to Dodge, it comes straight from a Challenger’s quarter panel. The SUV comes with 22-inch Mopar Wheels in a shade of black that contrasts richly with the B5 Blue fenders. 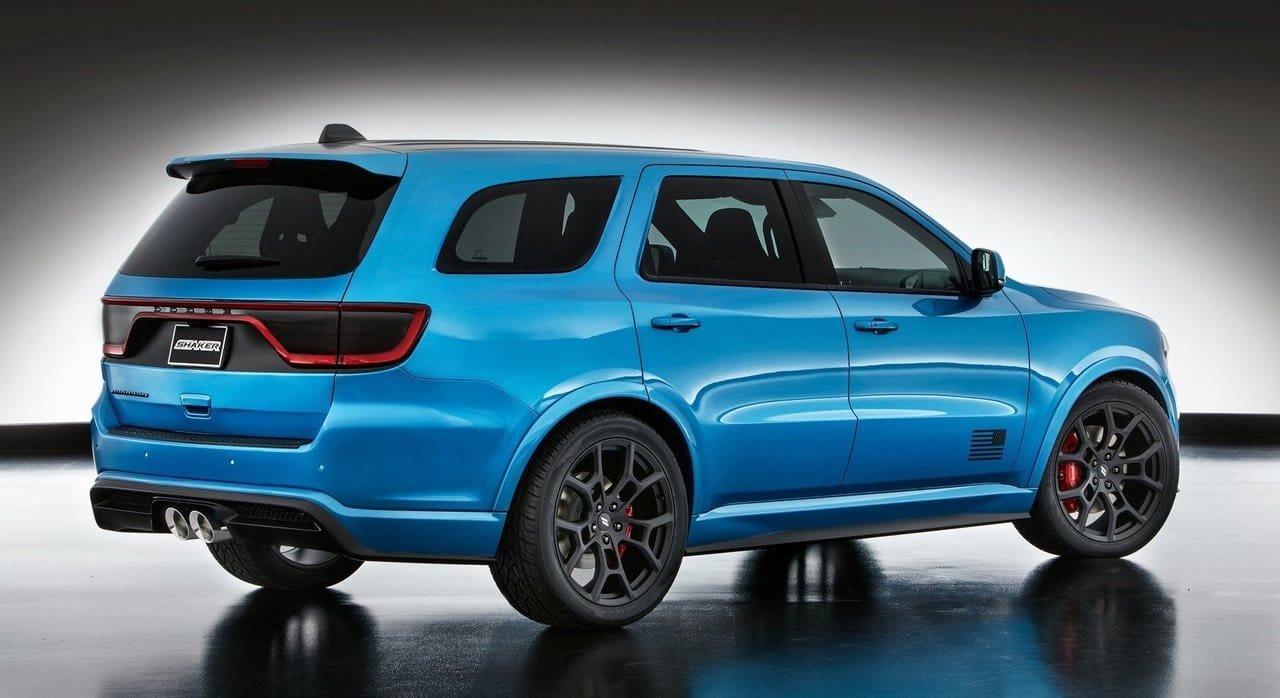 Moving on to the back of the car will show smoked tail lights, an improved bumper with chrome exhaust outlets mounted at the center and a body-colored spoiler on the top end of the tailgate.

I’ll start with saying that this SUV comes with three rows of seats, but that’s not the most outstanding bit about the interior. The most outstanding thing is the fact that all the six seats are track-ready Viper seats. All of them come from the Viper Sports coupe so everyone gets to travel in unparalleled comfort no matter the row where they seat in.

The seats have blue stitching that blends nicely with the blue bezels and accents on dashboard and center control elements. You will also get a number of impressive Mopar accessories like remote start, wireless charging and sport pedals.

Other cool elements of the interior include a flat-bottomed steering wheel taken from the Dodge Charger SRT and a shifter on the center console replacing the rotary dial that is found on other Durangos.

Most performance enthusiasts will be disappointed by the fact that this concept car doesn’t come with the renowned supercharged Hellcat engine. However, that doesn’t mean that the concept car is rubbish on the road.

The engine on this Durango is bigger and more powerful that anything you’ll find on a standard Durango. It comes with a 6.4 liter Hemi V8 that you’ll find on the SRT Challenger and the SRT Charger. While the company chose not to disclose the official horsepower and torque numbers, we can comfortably speculate that they are identical to the 485hp and 475lb-ft achieved in the SRT Charger and Challenger.

This power is transferred to the wheels through an 8-speed automatic gearbox that makes this Durango much more than a premium family car.

In conclusion, we don’t know if this will go on to production. All we know is that if it does, it could be a dream come true for Dodge fans seeking a high-performance SUV. It may lack the mighty supercharged Hellcat, but it still does better than any past Durango in the performance front. While it’s just a concept car, it could be an indication that we’ll soon be seeing a more powerful Durango from Dodge.