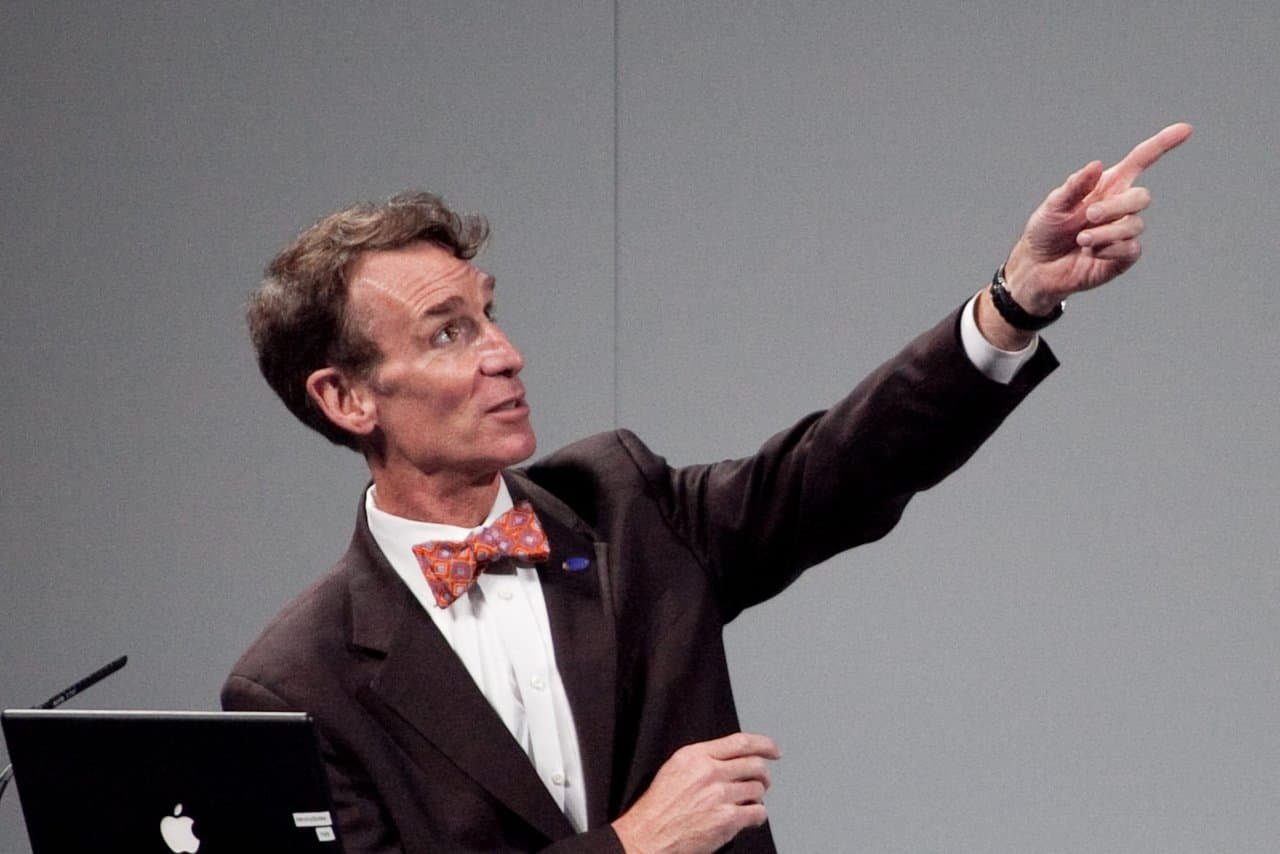 With humblest apologies to Die Hard and Bruce Willis fans – Reddit and Imgur users have converted a picture of Nye walking down a highway, contemplatively smoking a cigarette and have made it into a gnarly meme, trending on the internet this week.

The original image comes from “Bill Nye’s Global Meltdown”. In this National Geographic feature, Nye experiences climate change grief after a visit with his doctor, played by Arnold Schwarzenegger. The photo makes Nye look like a Clint Eastwood, The Good, The Bad and The Ugly, tough guy and the internet is paying him tribute big time.

According to a Netflix press release, the aim of each episode is to tackle topics from a purely scientific viewpoint, to dispel myths, and refute anti-scientific claims which politicians, religious leaders or industry guru’s may be supporting. Bill Nye’s style is natural and unfiltered, and the show is set to feature special guests, as well as to conduct demonstrations and sexperimentations, ultimately allowing all the evidence to lead the way.

The self-appointed ‘Science Guy’ will be “saving the world” with his new, thought-provoking Netflix series, Bill Nye Saves the World. The scientist made a name for himself in the nineties with the TV series, Bill Nye The Science Guy, which ran from 1993-98.

Bill Nye Saves the World’s will look at the composite scientific matters currently facing the world, which includes covering hot-potato topics such as vaccinations, genetically modified foods, and climate change. This will surely send sparks flying! In a world filled with fake news and fiery online debates, the series will provide cool, clear scientific illumination and leave viewers pondering and questioning.

Bill Nye has openly campaigned to get people interested and excited about Science. He has said that ever since he started the Science Guy, it has been his mission to bring change to the world by making people everywhere get excited about science. He himself is an impressive inventor, science guy and entertainer of note. Not to be missed!

Nye was quoted as being thrilled to be working with Netflix on this compelling a new show. He looks forward to discussing the very complex scientific issues, which are facing all of us today. Bill is confident that with the right science coupled with good writing, the audience will be enlightened and entertained. “And, perhaps we’ll change the world a little.”