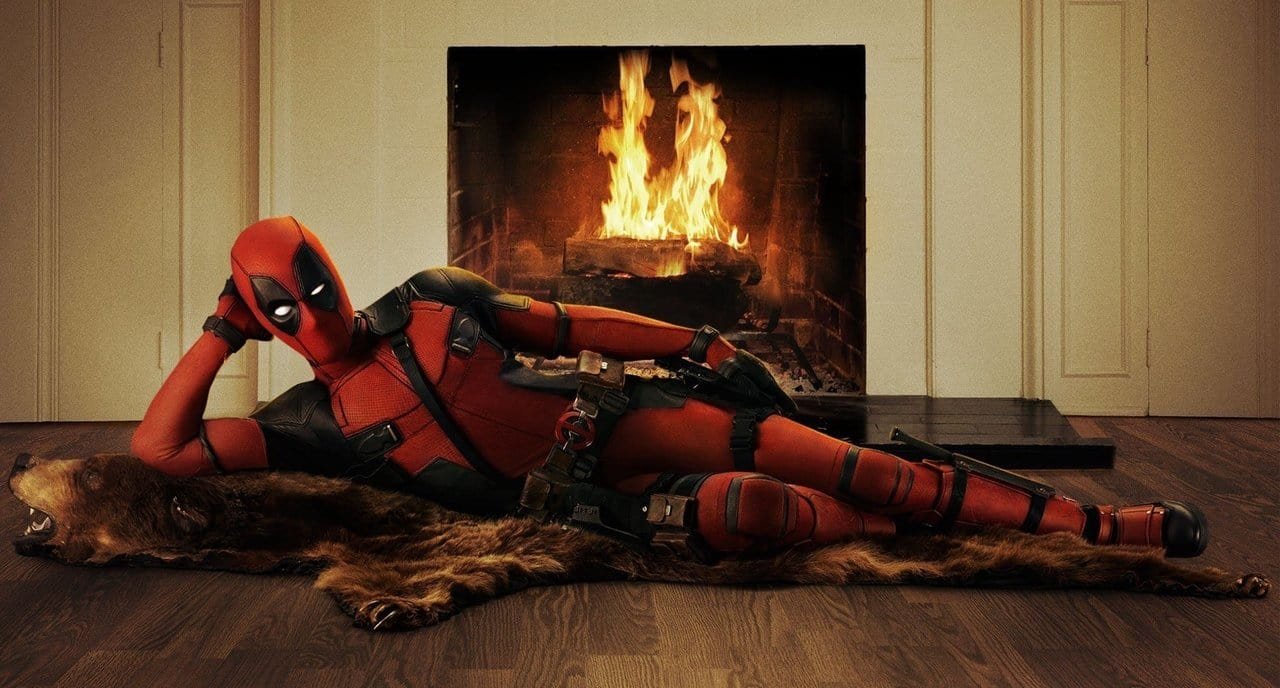 Ryan Reynolds playing a super-hero? Oh dear, this all sounds a bit too familiar. With the absolute shocker that was Green Lantern, fans of this genre patiently (apprehensively) waited to see if Deadpool would deliver. After watching it last night I can 100% say it did deliver, and I’m still laughing now about some of the genius one-liners and light-hearted digs.

Without giving too much away… The film is the story of Wade Wilson, who’s an ex-special forces turned mercenary living in New York, and how he becomes Deadpool, which you’ll soon see, is a big’ol revenge story. The storyline doesn’t run through the film chronologically and often switches backs on forth from the past to present, which actually works really well to explain his story better. One thing I think the film majorly lacked was any scenes where we get to see Deadpool starts to use his new found powers. Instead, we see him go from a normal’ish mercenary to one man wrecking machine, without the juicy filling. Basically, picture a Rocky film without the ‘eye of the tiger’ sprinting up a massive set of stairs montage, zero to hero always needs some sort of build up. Despite this his mission to get revenge is a brutal, funny and often brutally funny take on what it is to be a part of the Marvel universe.

The humor throughout was genius at times and it was interesting to see a film of this type that wasn’t afraid to break the forth wall, and even point out to the audience that he was breaking the forth by making a joke about there now being 16 walls. In other films, this may well have killed the realism, but in this case, it actually worked really well. Ryan Reynolds played the character brilliantly and seemed to be the perfect fit for Deadpool’s non-stop barrage of jokes, he literally didn’t stop talking – but again it worked really well. I didn’t expect myself to laughing from start to finish, literally because both the opening and closing credits were funny. They definitely found room for a laugh wherever possible.

There was even time for a few light- hearted digs at other films, examples being Deadpool pointing out that there were only 2 X-men in this film because the studio couldn’t afford them all, as well as a Green Lantern reference Wade asks to make sure his super-hero suit isn’t green or animated.

As for where Deadpool will go from here it’s pretty unclear, a sequel may quickly go into development because of this film’s success, or things could be put on hold until they have a place for him with the new X-men movies. Either way, I don’t think it will be too long before he shows his face or mask again.

Deadpool was definitely a unique take on the Marvel Universe, and it was refreshing to watch so much awesome action sequences mixed with the right amount of comedy. This isn’t to say the film doesn’t have it’s flaws; the storyline could’ve been more in depth to his backstory and made his revenge quest a lot more meaningful. I’d give Deadpool an 8.5/10