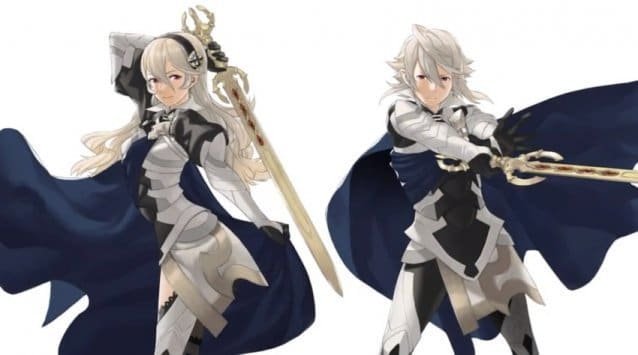 Corrin and Bayonetta Will Be The Final Fighters In ‘Super Smash Bros. Wii U & 3DS’

Super Smash Bros. is going to be receiving a few newcomers in February. These two characters are Corrin and Bayonetta, whose announcement came alongside the release of newcomer Cloud Strife. The news was announced in a recent Nintendo Direct which featured game producer Masahiro Sakurai.

The first character revealed, Corrin, comes from “Fire Emblem: Fates.” Corrin is a swordfighter, but they have the ability to transform into a dragon. Also, Corrin comes in both male and female form, much like Robin and Wii Fit Trainer. “Fire Emblem: Fates” is already released in Japan, but it is yet to be released in North America and Europe. Playing as Corrin will likely warm Western players up to buying the new “Fire Emblem” game, a series which has historically been more popular in Japan.

Also revealed is Bayonetta, a witch who can summon a demon with her hair. Bayonetta uses four guns to fight, and her fighting style is designed to combo together well. Also, Bayonetta has the ability to slow down time for a moment. This will affect individual enemies, allowing Bayonetta to put together a deadly combo. Bayonetta is also going to be released along with a new stage, Umbria Clock Tower. Umbria Clock Tower is a broken tower perpetually falling down the side of a mountain. Platforms will float onto the stage for short amounts of time, temporarily changing the battlefield.

Other additions announced in the Nintendo Direct were mainly costumes for Mii fighters. A total of 9 different costumes were announced.

Corrin and Bayonetta are going to be the final DLC additions to Super Smash Bros. The official website does not give a specific date for their release, but it does state that they will be available in February 2016.